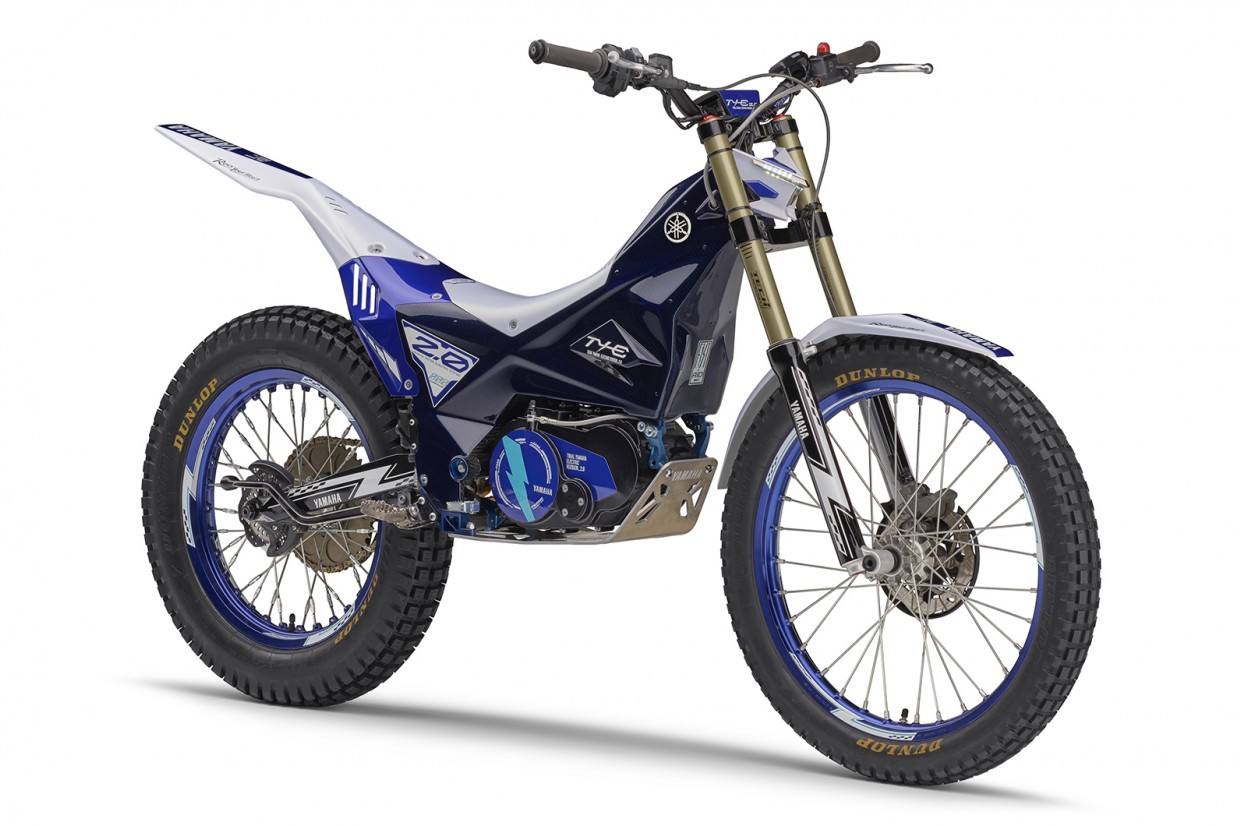 Yamaha has been trialling prototype electric trials bikes for a few years now, but it will take that to the next level this year - by entering one in a handful of FIM Trial World Championship events.

The firm has developed a new prototype TY-E 2.0, building on a previous concept model introduced in 2018. It’s all part of the Japanese firm’s plan to become carbon neutral in its business operations and the life cycle of its vehicles by 2050.

With the TY-E, Yamaha says the goal is to show an electric trials bike “can provide more fun” than a combustion engined bike, “by taking advantage of the traits unique to electric vehicles, such as powerful low-down torque and strong acceleration.” It's basically the muddy, aggressive face of Yamaha's electric strategy, compared to more civilised scooters such as the forthcoming Yamaha Neo.

Effectively, the instant power provided by an electric motor offers a load of benefits when you’re attempting to ride a trials bike on tight muddy tracks, over rocks and all the other things trials riders do that you might remember from Junior Kickstart.

Compared to the original TY-E shown in 2018, the TY-E 2.0 features a newly designed monocoque frame that is constructed from composite laminates. Yamaha has also developed a new electric power unit, and installed a new lightweight battery which the firm says is 20% lighter and with 2.5 times more capacity than the previous one.

Yamaha also says it has increased traction by pairing mechanical parts including a clutch and flywheel with a tuned electronic control, which it says it capable of detecting subtle changes in grip. The firm hasn’t released a battery capacity, power output of performance figures.

The power unit and battery have been repositioned on the bike to lower the centre of gravity, while the bike weight just over 70kg.

The machine will made its FIM Trial World Championship debut in June, taking advantage of new rules that allow electric bikes to compete in every class. Factory rider Kenichi Kuroyama will pilot the TY-E 2.0.

The opening round of the Trial World Championship is on 11/12 June in Spain, the first of six rounds.