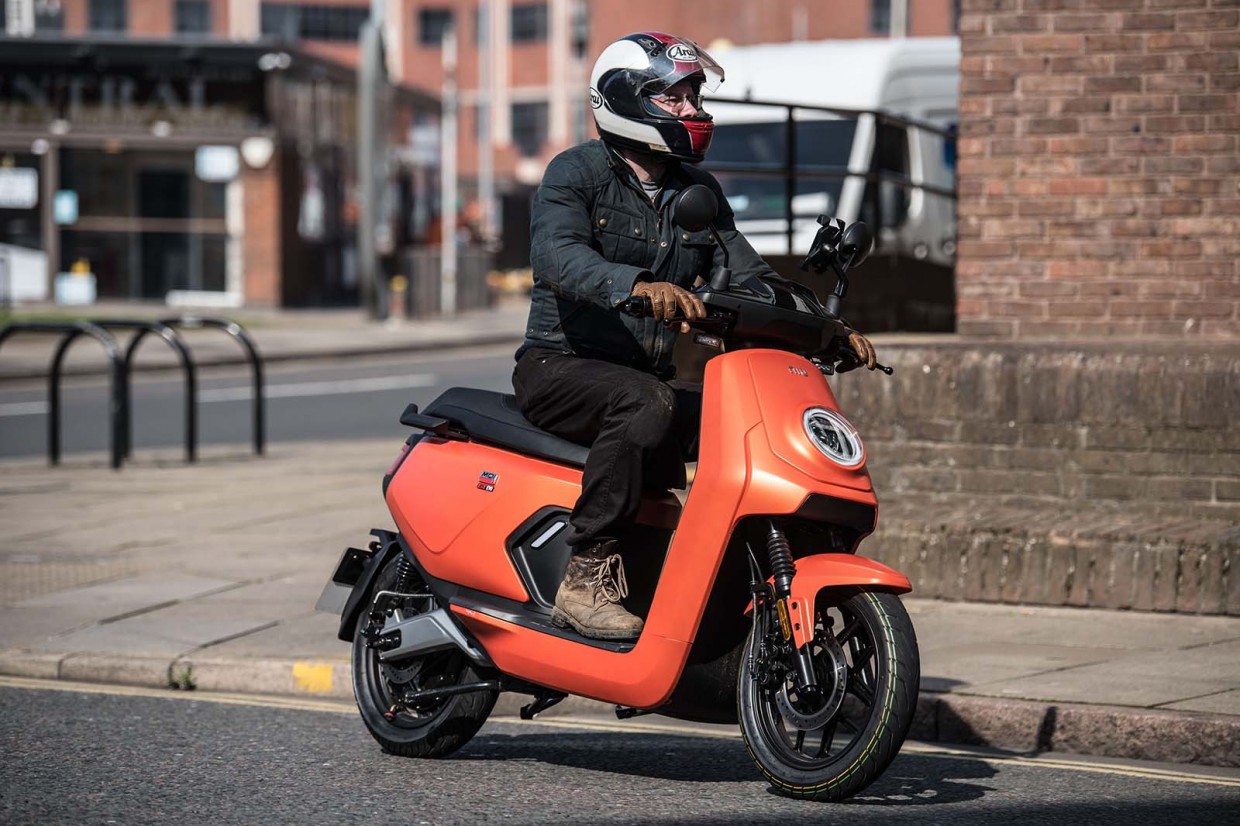 Sell it to me in a sentence...

The Niu MQi GT Evo is a 125cc equivalent electric scooter, capable of over 60mph, with a near 60 mile range if you try and batteries you can charge indoors. 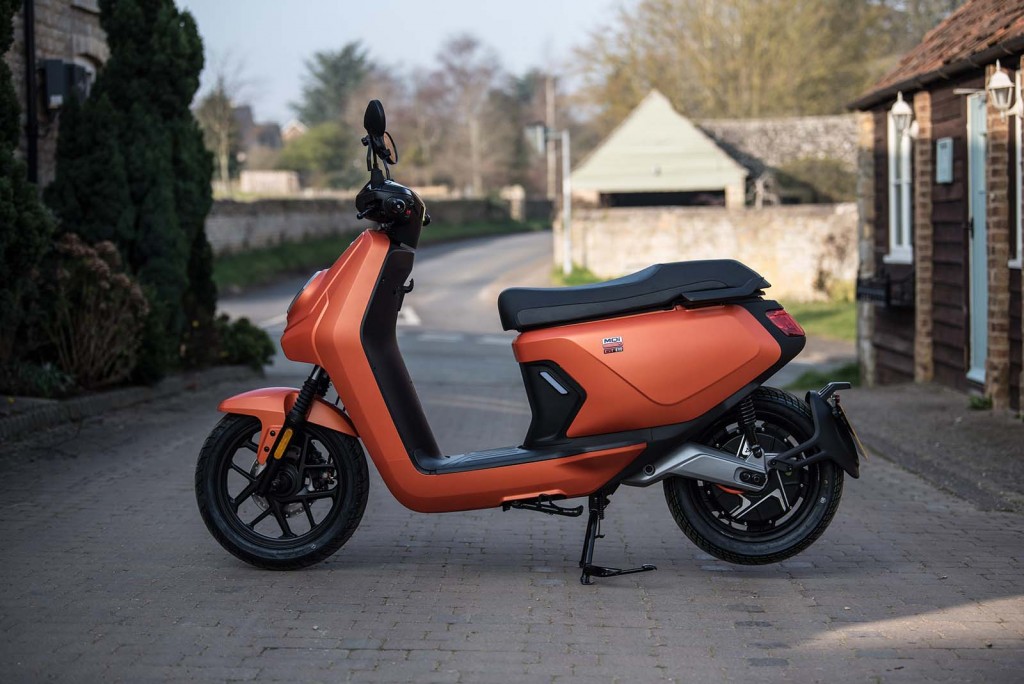 There are a lot of 50cc equivalent electric scooters around, but electric scooters get thinner on the ground if you want more performance and more range. The NIU MQi GT Evo is Chinese company Niu's first scooter that can do more than 45mph. They say it'll do 60mph for sure and, with a prevailing wind and not too big a rider on board, we found it would even hit 70mph.

It's powered by a 5kW motor (just under 7bhp, old-school power output lovers) mounted in the rear wheel hub. 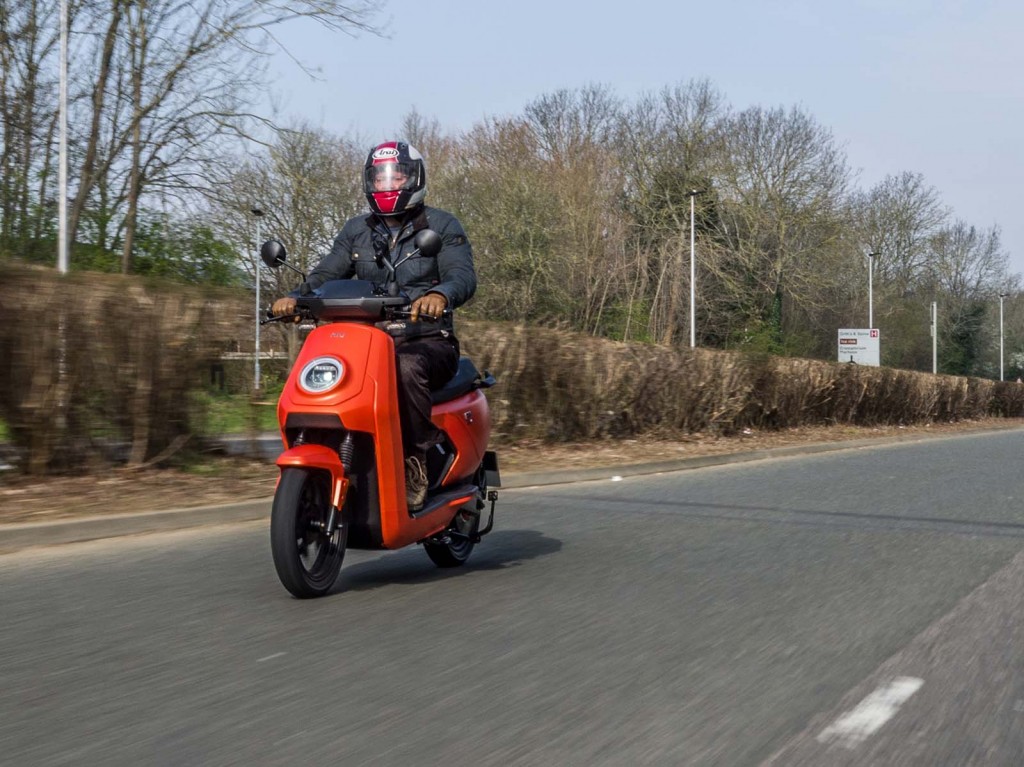 There are three ride modes – 'E-Save', which limits speeds to 30mph, 'Dynamic', which will give you 45mph and 'Sport', which unleashes the whole lot. Each one has a different acceleration map, too.

Otherwise it's twist and go just like a petrol scooter. Or perhaps even easier than a petrol scooter – you can download an app and adjust settings to make the Evo completely keyless-go, or adjust the sensitivity of the (standard) alarm, and even track the bike, which has its own in-built SIM. Handy from a security perspective. 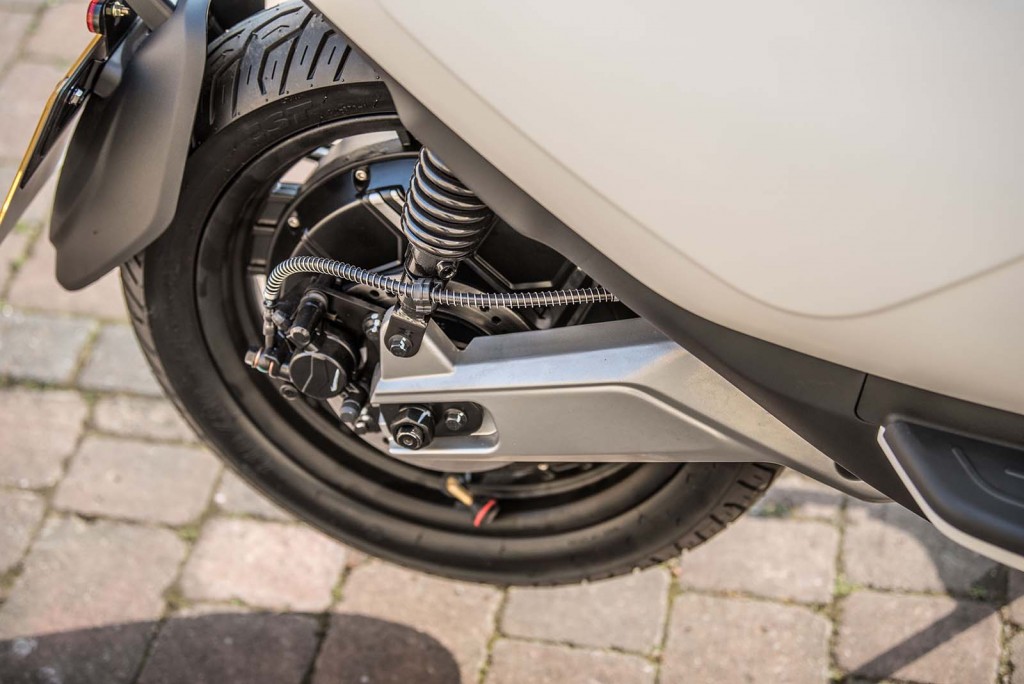 So too is the fact that the two battery packs, which sit beneath the seats (meaning no space to store a helmet there) can be removed if you want to charge them away from the bike. They weight 11kg each.

The bike can be ridden on just one battery, which is something apparently popular with delivery companies. (Food delivery riders might be riding all evening long but will often cover less than 40 miles per shift.) The Evo is limited to a maximum 'Dynamic' mode in one-battery form. And obviously the range is shorter. 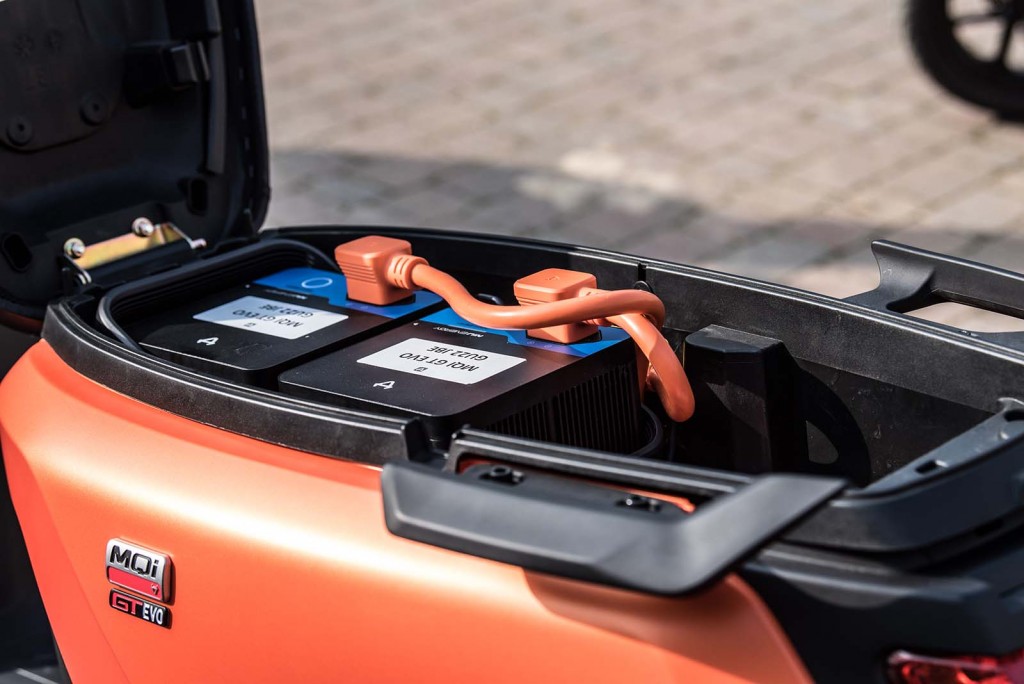 Each battery is 1.87kWh so with both on board you get 3.74kWh of stored energy, which can be charged from 0-100% in around five hours. With both batteries in, the estimated range is around 46 miles but that depends on use. We saw 57 miles with quite a lot of higher-speed work so you may even get more in a strictly urban environment in nice weather. And people who ride more than that distance in one hit don't tend to buy scooters anyway.

The Niu Evo is unafraid to be priced alongside petrol-powered rivals, or costs more than them, at £4099 (there's no getting away from the fact batteries are costly), but is competitively priced for an electric scooter of this type. 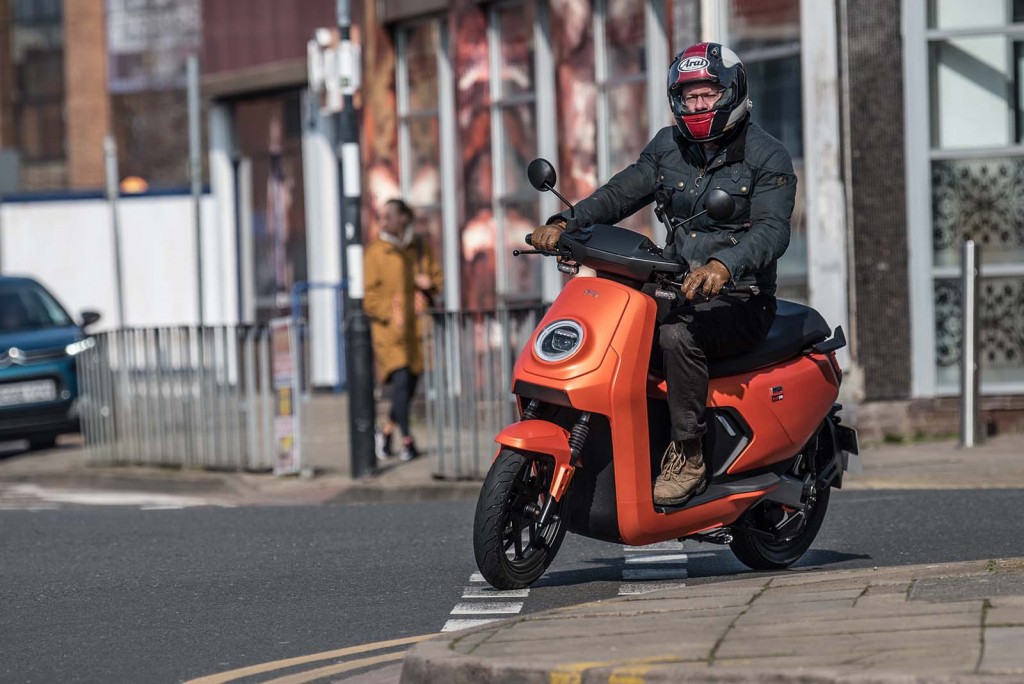 But running costs should be low. The Evo shouldn’t take as much looking after as something with an engine (the only fluid is brake fluid) so there's just an annual check.

A doddle. The digital instruments are easy to see even in bright daylight. The controls are clear but, for me, over-light – it's easy to knock the hazard switch when going to cancel the indicator. 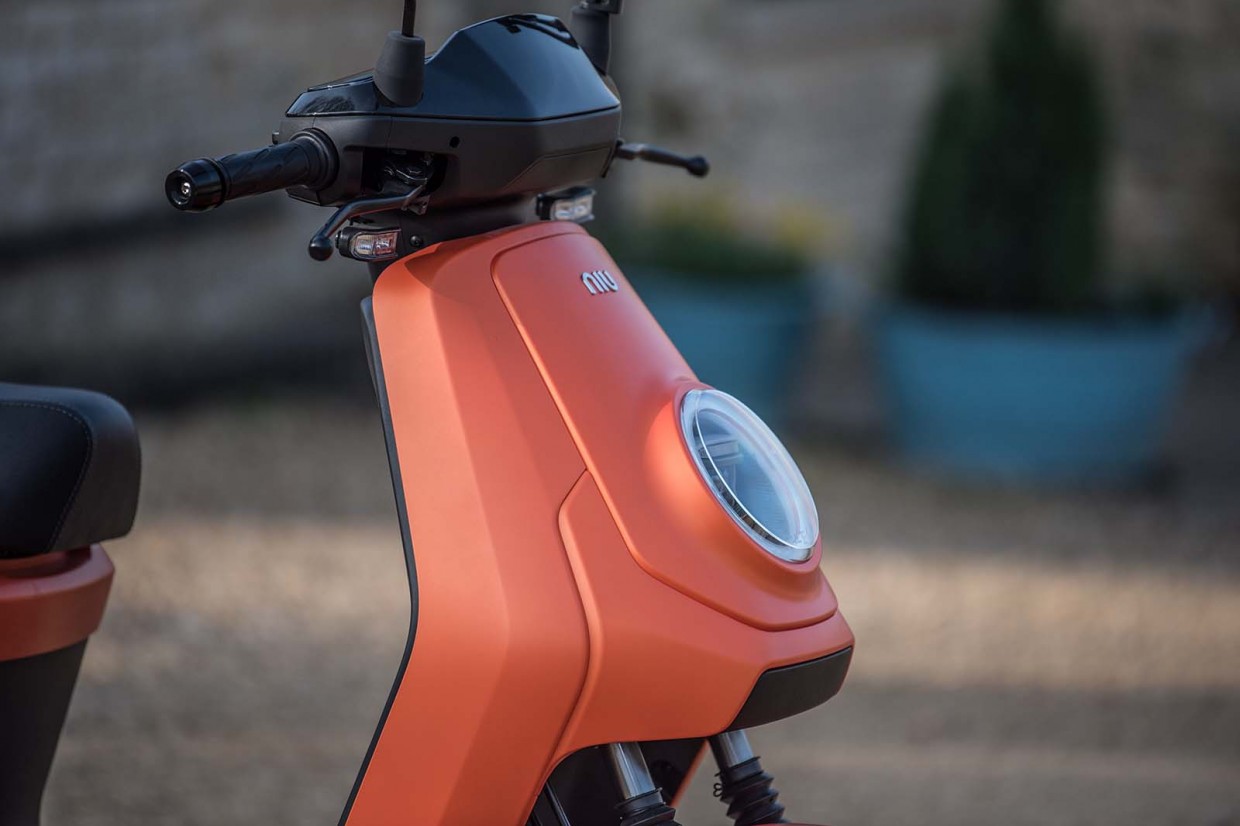 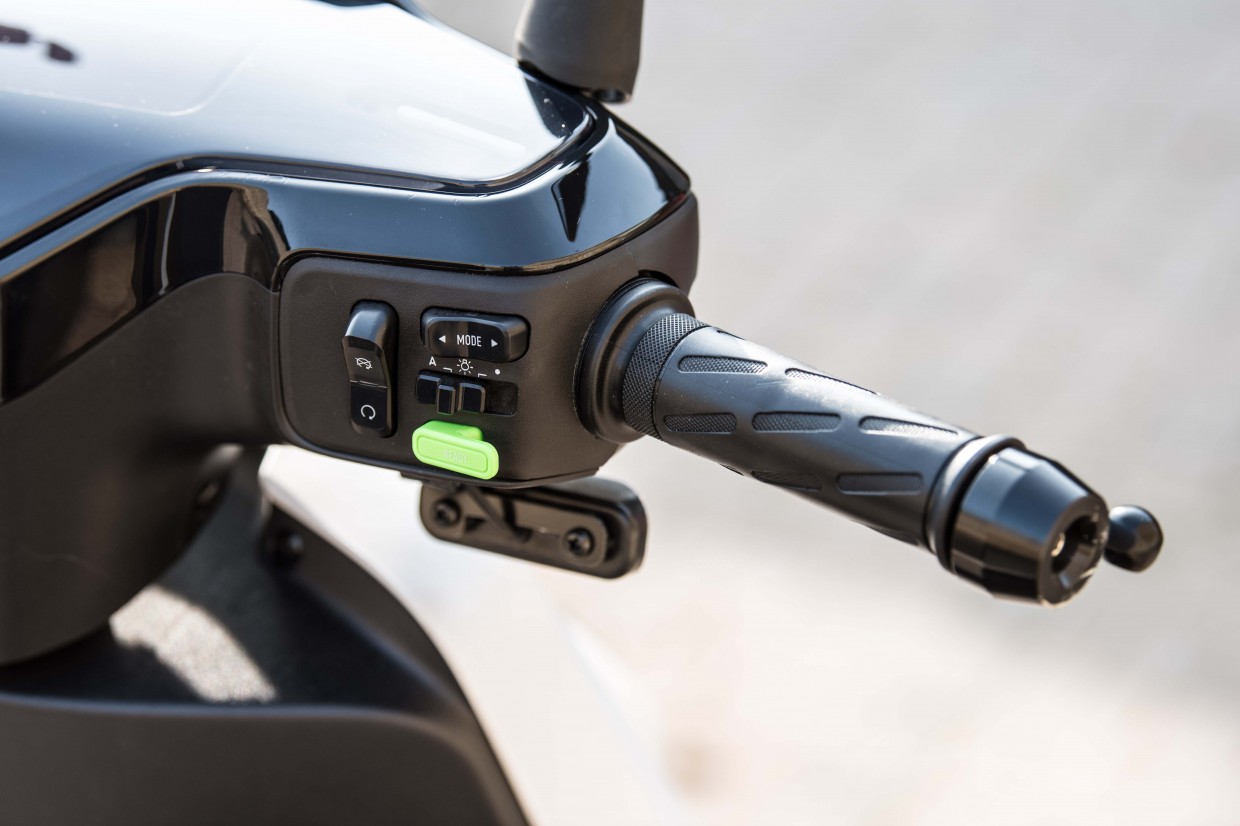 It's very responsive around town. Motors make maximum torque straight away so it's really brisk away from junctions, especially in Sport mode. Dynamic is quite a good compromise in town, while E-Save may feel sluggish.

There is no ABS but the linked brakes work well. The motor won't drive with the side stand down (though will with the centre stand) and while some colleagues found the side stand scraped on the ground too easily, evidently I didn't lean it far enough to find out. 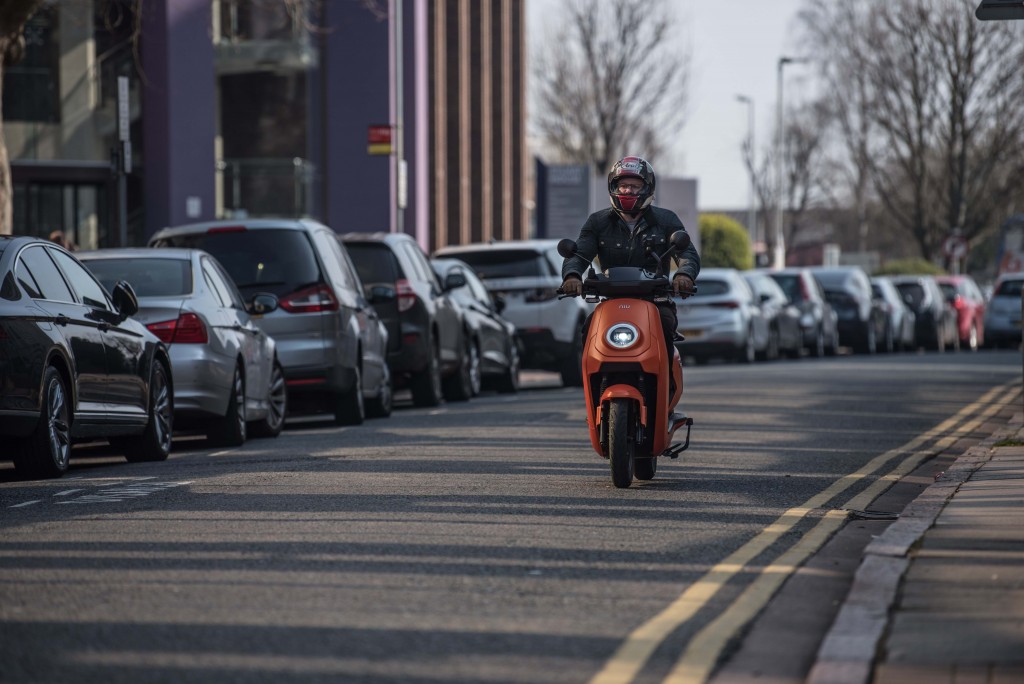 I found the handling nimble, easy, responsive. At its best in town, certainly. At higher speeds, a larger-wheeled bike is more stable but the Evo can cope with dual carriageways if you feel up to it. A generic windshield is an option, as is a Niu-specific top box or rack which, given you can't store a helmet on board, might be handy.

Verdict
Ultimately I rather liked the MQi GT Evo. It looks well-finished and, well, basically does what it's intended to in largely no-nonsense style. There's a two-year warranty too so if you're looking for a straightforward electric scooter with an accelerative turn of speed, seamless power, and a decent range, put it on what would be quite a short shortlist. 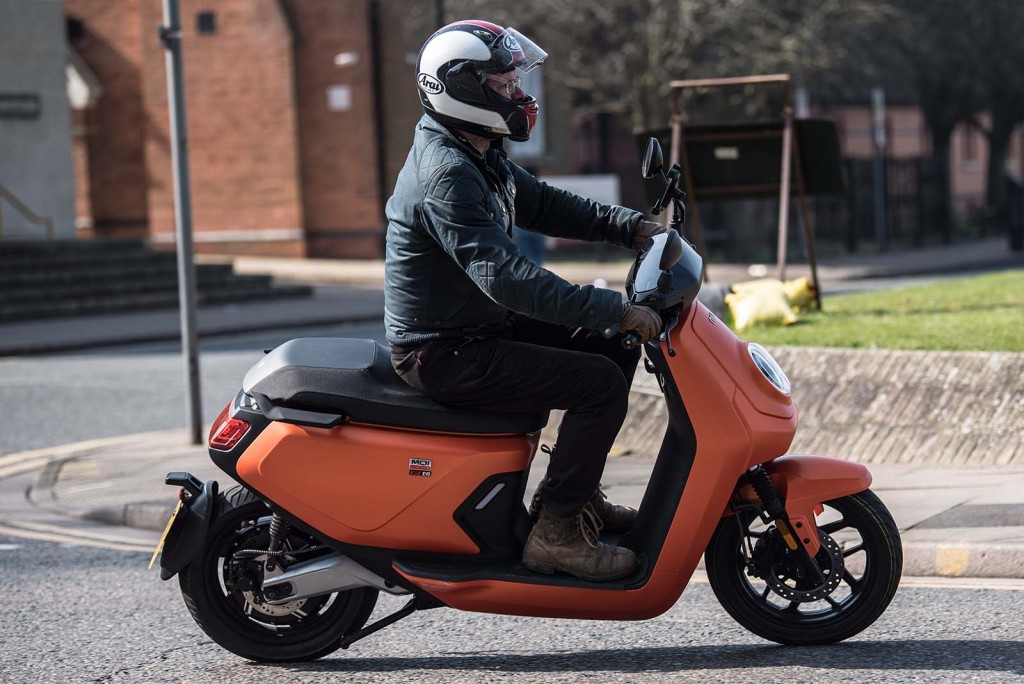