Move Electric's e-scooter manifesto: how they should be legalised 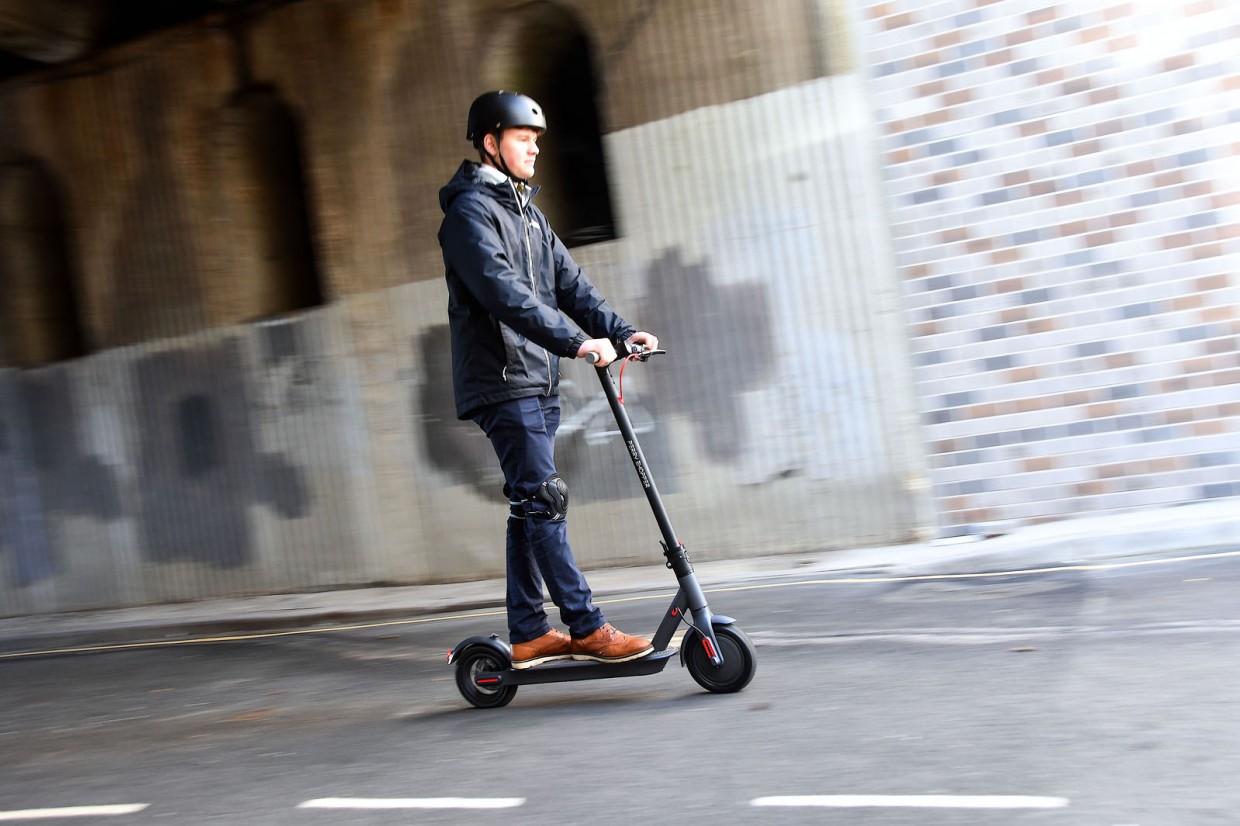 The UK government is set to announce plans to legalise the use of privately owned e-scooters on public roads next week, a huge step that could help to revolutionise electric mobility.

While e-scooters have become a common sight across the UK, any explanation of legal rules around them usually starts with the phrase ‘it’s complicated’.

Essentially, while it is entirely legal to buy an e-scooter, the only place you can use them legally is on private land. It is illegal to use a privately owned e-scooter on public roads. But the government has been running a large number of rental e-scooter trial schemes, and it is legal to use machines that are part of those initiatives on public roads.

That confusion is a major issue, and we’re hopeful that a clear direction from the Government can be a major boost for the future.

Why we think e-scooters should be legalised

Move Electric is here to champion electric mobility, so we’re predictably enthusiastic about the likely move from the government. E-scooters are a fun, relatively affordable and comparatively environmentally friendly form of transport. They have a place as part of a range of transport options.

Notably, e-scooters can help to cut car usage in congested urban areas. Move Electric research has found that e-scooter usage could save 44,000 tonnes of CO2 a year in the UK – equivalent to the annual emission from more than 29,000 cars.

Data by rental firm Lime suggests that around a quarter of all its e-scooter rental trips replace a car journey – a private car trip, taxi or a private hire ride – and other research suggests that could increase with legalised private e-scooters.

Clearly, bot everyone is as keen as Move Electric as e-scooters, with critics often citing safety concerns due to machines been dangerously or illegally, particularly on pavements. There are some legitimate concerns, but there’s also a major ‘fear of the unknown’ element here: many of the arguments are similar to those made calling for motor cars to be banned back in the late 1890s.

Ultimately, many of those concerns are why e-scooters should be legalised and regulated. There are already more than 750,000 e-scooters in private hands in the UK, and those machines don’t have to met set standards in terms of safety or top speed.

Research has found that the bulk of serious e-scooter accidents in the UK have involved private e-scooters, with the rental machines substantially safer. That need to regulate private scooters is why several road safety groups and charities support their legalisation.

The government will legalise e-scooters by creating an entirely new class of vehicles that could cover all forms of personal electric transport, which will have its own rules and regulations. So here’s how we think it should broadly be done. 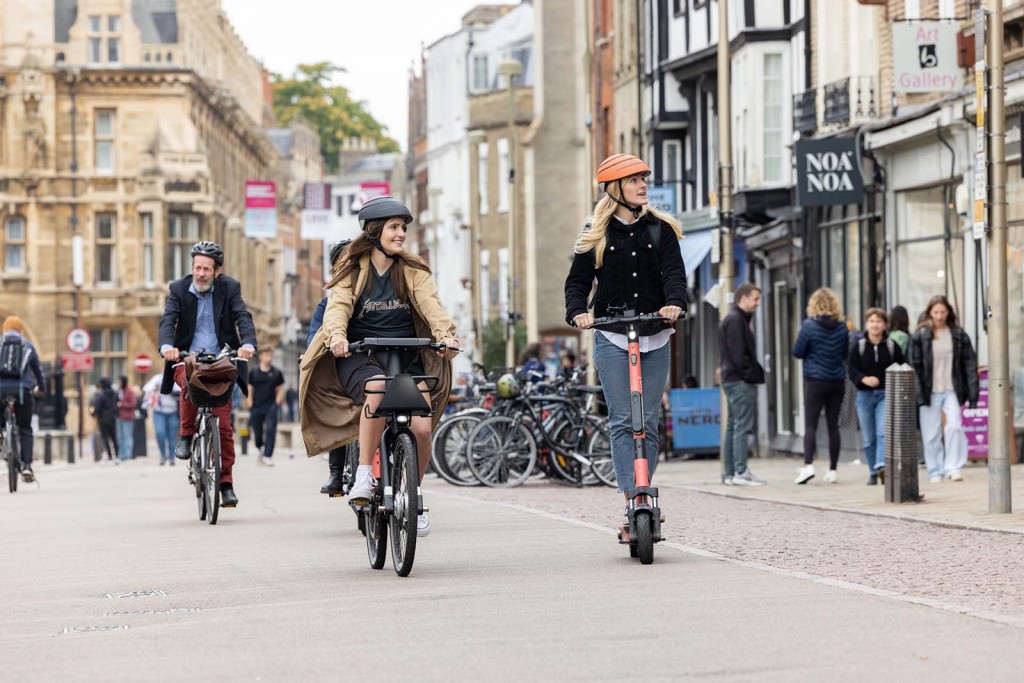 1: The regulations for private e-scooters should be based on rental e-scooters

Accident data shows that rental e-scooters are significantly less likely to be involved in accidents than private machines, and that’s in part because of the regulations for their design and usage.

Rental e-scooters are limited to a top speed of 15.5mph, which can be reduced in certain areas using GPS and geofencing technology. That speed is in line with the general speed of cyclists, and matches the maximum speed at which e-bikes can offer electrical assistance.

E-scooters in rental schemes are also fitted with larger wheels and suspension and have wider foot boards, making them more stable and better able to cope with British roads, and feature lights and warning devices. They have a direct mechanical link between the steering controls and the front wheel and feature redundancy of braking systems, so there is always a secondary method to slow them.

We believe that the current rental e-scooter regulations should be applied to private machines, with continuing research done to determine elements such as the optimum minimum wheel size.

2: The use of e-scooters on pavements should remain prohibited

Rental e-scooters can only be used on public roads and certain bikes lanes, with their use on pavements strictly prohibited. But there is anecdotal evidence from e-scooter critics of widespread usage on pavements and footpaths, likely from privately owned machines being ridden illegally.

In legalising all e-scooters, the government can be clear: riding e-scooters on pavements should remain illegal. We believe that e-scooters should be allowed to be used where bikes are: on roads and mixed-use paths where clearly signed.

We also believe that the government should further investigate how best to divide road space between active transport forms in the future, particularly in light of the rapid growth of micromobility.

E-scooters should also be an individual form of transport, with clear rules preventing more than one user at a time.

As with all forms of transport, e-scooters should be given a clear place in the Highway Code’s hierarchy of transport forms, so that both riders and other road users understand the rules on their usage.

By having a clear set of rules, rather than the current confusion, the police will be better able to enforce correct e-scooter usage. 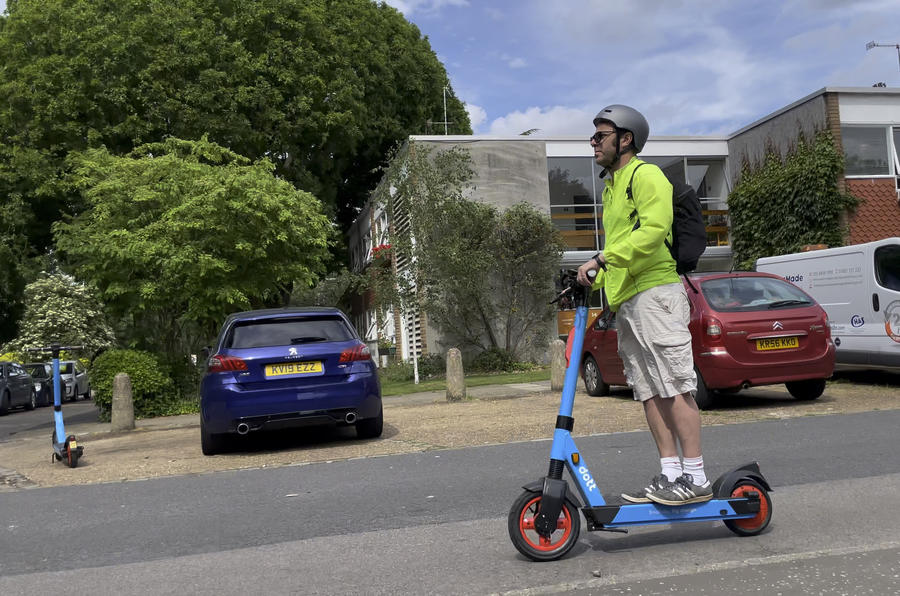 3: An acoustic warning system should be mandatory

Several e-scooter firms are working with universities to develop warning noises for e-scooters to help alert other road users to their presence. Such audio systems have already proven effective with electric cars, and we believe should be required for all legal e-scooters in the future.

4: All e-scooters should carry some form of identifier

For e-scooters to succeed, it is vital that users who do not comply with the regulations can be quickly identified. While rental e-scooters are not required to be registered, many firms have introduced their own unofficial licence plate-style identifiers to help other road users raise concerns with the behaviour of a rider on a particular machine.

While we would be wary of a full registration system – especially given that isn’t required for other forms of personal transport such as bikes – we do believe having an identifier that could help track down irresponsible e-scooter riders should be considered.

Having such a system will also make it easy to identify e-scooters sold that meet the new regulations, or some of the machines that are already being used that don’t meet the new safety standards.

That registration system could also include some form of insurance requirement, which is certainly worth considering.

5: There must be a system for existing private e-scooters to be evaluated and certified

More than 750,000 in the UK have reportedly already bought an e-scooter, despite the use of such machines being illegal. While a small number can reach extreme speeds of 50mph+, the vast majority have been developed in anticipation of future regulation, with a top speed of around 15.5mph and other safety features.

The government needs a system where people who bought, in good faith, e-scooters that broadly meet the new regulations can have those machines certified for use in the new rules, with cost-controlled modifications allowed where possible.

The police also need to take action against people who continue to use high-powered e-scooters that contravene the rules for e-scooter usage on public roads.

6: There should be a minimum age to ride an e-scooter

Currently, rental e-scooters users are required to hold a valid driving licence, so must be above the age of 17. But there are huge differences between driving a car and riding an e-scooter.

We believe e-scooters can be a valuable form of transport for those too young to drive a car, and for those who can't afford one. However, a clear minimum age should be researched and considered, and we would certainly support the introduction of training schemes similar to a motorbike CBT.

Consideration should be given to some form of e-scooter licence or certification, although this is likely excessive for a comparatively slow speed form of transport – especially considering a licence is not required to ride a bike or e-bike.

7: The use of helmets should be strongly encouraged, but not regulated – yet

As with any form of mobility, there is a risk to using an e-scooter, and there has been particular concern over the prospect of head injuries. Given the risks, we would strongly recommend all e-scooter riders wear a helmet.

However, we would stop short of making it the law for riders to do so – at least for now. For starters, given bike riders are not legally required to wear helmets, it would seem strange for e-scooter riders to have to.

More importantly, research suggests that the design of e-scooters means that the types of head injuries that occur are very different from those suffered by bike users, with suggestions that a different design of helmet should be developed to better protect e-scooter users.

We believe the government should help to fund such research, and once a bespoke e-scooter helmet is developed then consider whether it should be made mandatory. 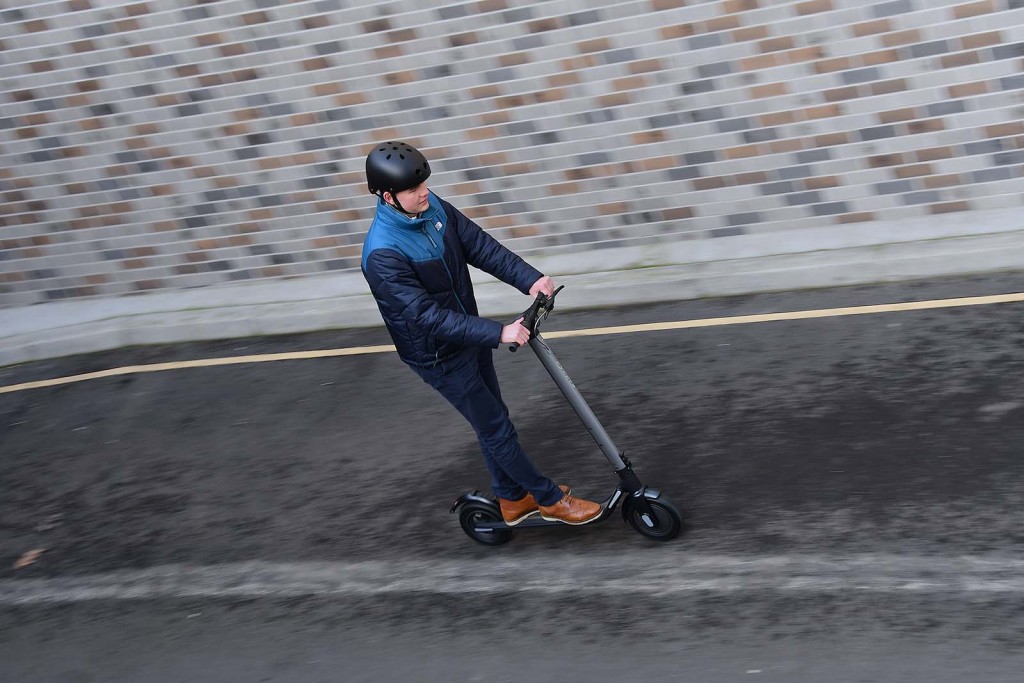 E-scooters are still an incredibly new form of transport, and many of the scientific studies into their usage highlight a lack of data when offering conclusions. There is much still to learn and understand about them for the future, and it’s vital that the government ensures this research continues after any legislation is introduced.

That research should be used to continue to refine and revise future regulations as required.

We've focused on e-scooters here, but there's a fast-growing world of personal electric transport of many types, and any new vehicle category regulation must include multiple classes to account for these. Vehicles such as electric skateboards shouldn't remain in a legal limbo just because they attract fewer headlines than e-scooters.

E-scooters present a huge opportunity to help transform personal transportation in the UK, so moves to legalise them are hugely positive.

It's going to be challenging though: e-scooters have only existed for a handful of years, and their development has been incredibly rapid. There are still questions to be answered about how and where e-scooters should be used in our cities.

But legalising and regulating them is a huge step towards answering those questions, and can give clarity to everyone – including e-scooter fans and critics – going forward.

Our suggestions for how that should be done have been done with that in mind: we're sure our suggestions are more conservative than many e-scooter enthusiasts would like – but we feel they should be acceptable to e-scooter sceptics as well.

There are some difficult questions and challenges to consider in regulating e-scooters and other small electric personal vehicles – but the positives of this happening are huge. We're really excited for the future.