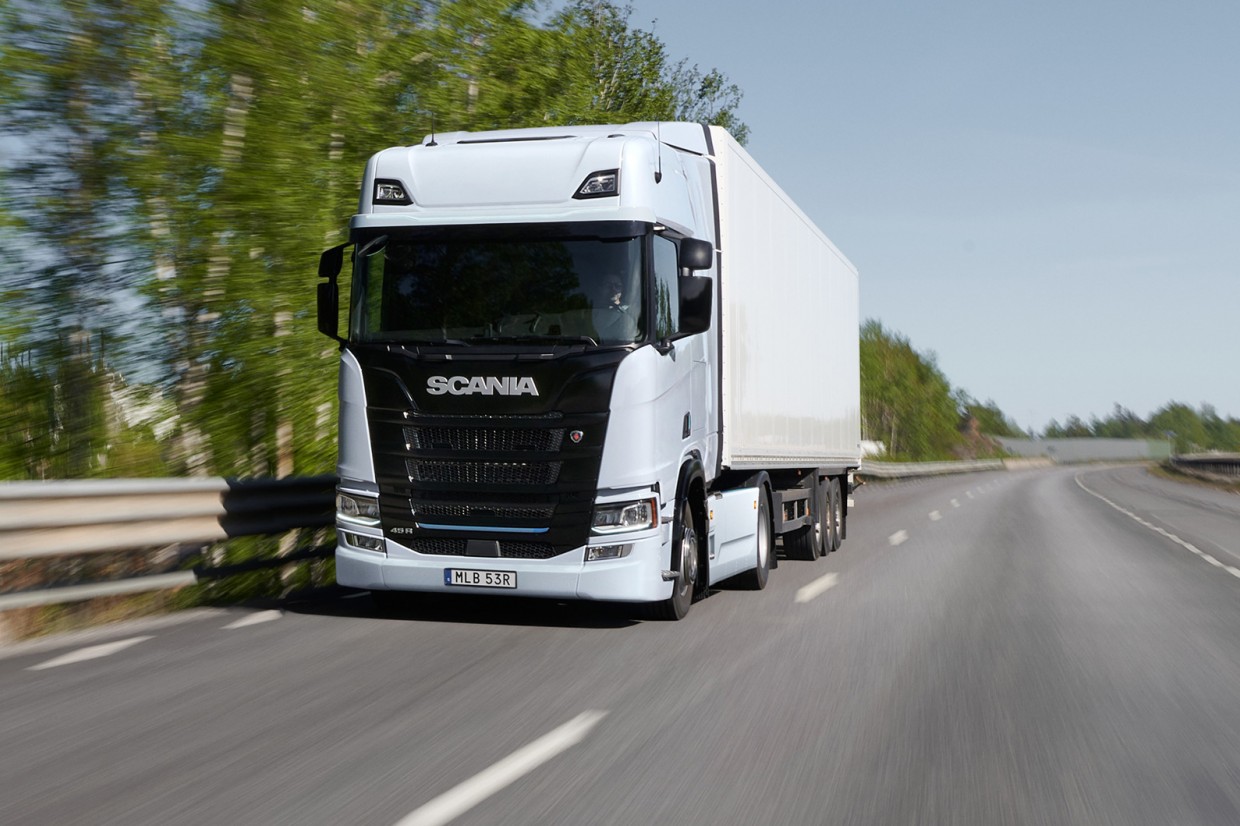 Swedish commercial vehicle firm Scania has launched two new battery heavy-duty electric trucks – which it claims represent part of “the solution that the transport industry is looking for.”

The firm will offer a battery electric 4x2 Trailer Tractor and a 6x2 Rigid Truck, with offered with its R and S sleeper cab types. Designed for 'regional transport', they add to Scania’s existing urban electric trucks, and a range of hybrid options.

Both machines feature a 410kW powertrain that uses a trio of electric motors, and which can also be used to power electro-mechanical applications such as temperature-controlled compartments and trailers.

They feature up to six battery packs that offer a maximum total of 624kWh (with 468kWh usable power). The packs have been built in-house at Scania and features new heating and cooling systems to keep them at optimum operating temperature.

Scania claims that the at an average speed of 50mph, the 4x2 trailer can achieve a maximum range of 217 miles at 40t Gross Train Weight (GTW), and 143 miles at 60t. The axle distance of the 4x2 tractor is increased to 4150mm when fitted with six batteries, allowing a total GTW of up to 64 tones.

The batteries can be charged at speeds of up to 375kW on a compatible CCS fast charger, which would allow a full charge in less than 90 minutes.

Scania boss Christian Levin said the new electric trucks represented “a major milestone for us”. He added: “We are now increasing our range and offering new opportunities to cater for a wider selection of customers and the whole transport ecosystem. These trucks are part of the solu­tion that the transport industry is asking for.”

The firm claims that the trucks use a similar modular design to its combustion-engined machines, and have been designed in consideration of a ‘total operating economy’. The firm will also offer the machines directly, working with firms to offer individual charging, finance and maintenance plans.

Levin added that the electric machines were part of a major sustainability push by Scania to reduce its CO2 emissions, and suggested that more charging points across Europe were needed to help drive operators to make the switch to electric.

“Reduce, reuse and recycle have always been important for Scania,” he added: “The only thing that stands between us and a major transition to a fossil-free transport system based on electrified solutions is a complete charging infrastructure, but we are seeing great progress there too.”

The new machines are now available to order, with production due to begin late next year.