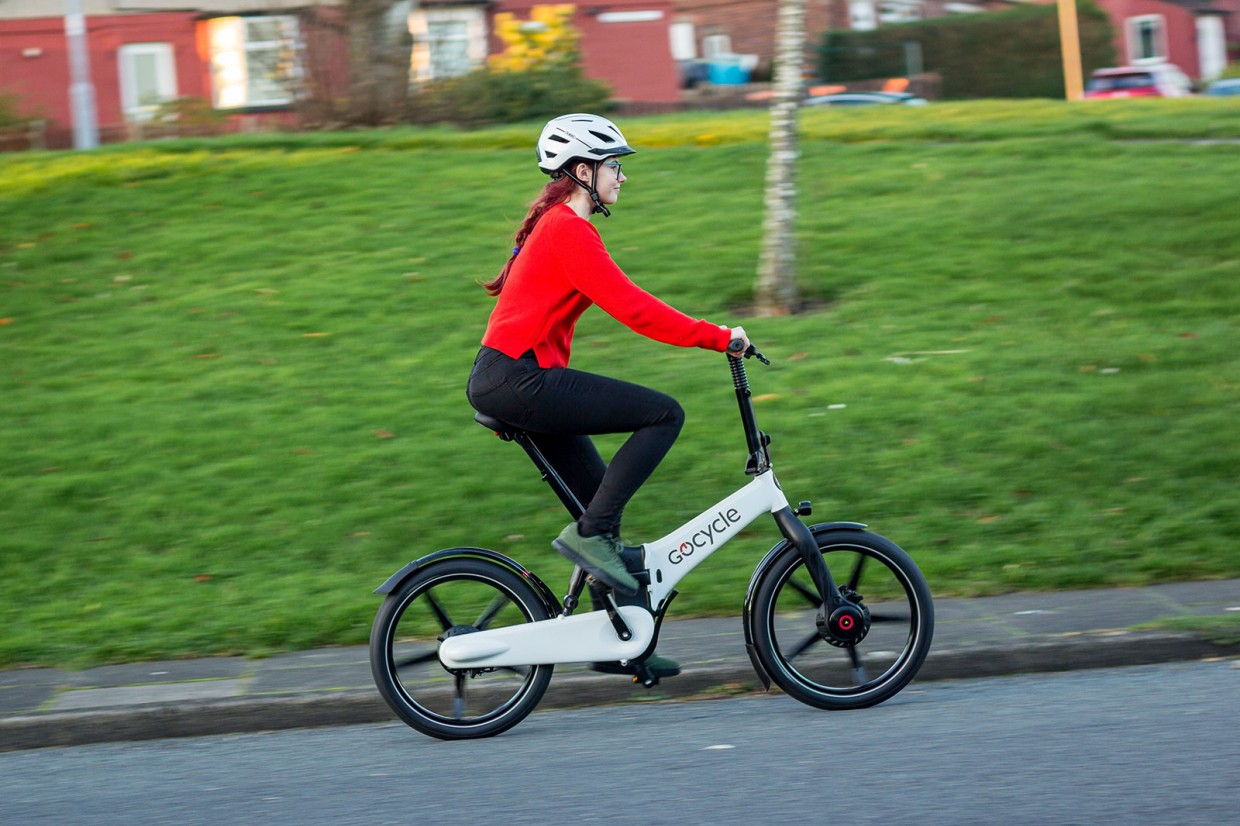 What is it?
The Gocycle G4i sits above the G4 model in the hierarchy, taking some of the best bits like the G4drive electric motor, amplifying them with an F1-inspired cockpit and a carbon fibre mid-frame and slapping on another £1.7k to the cost. 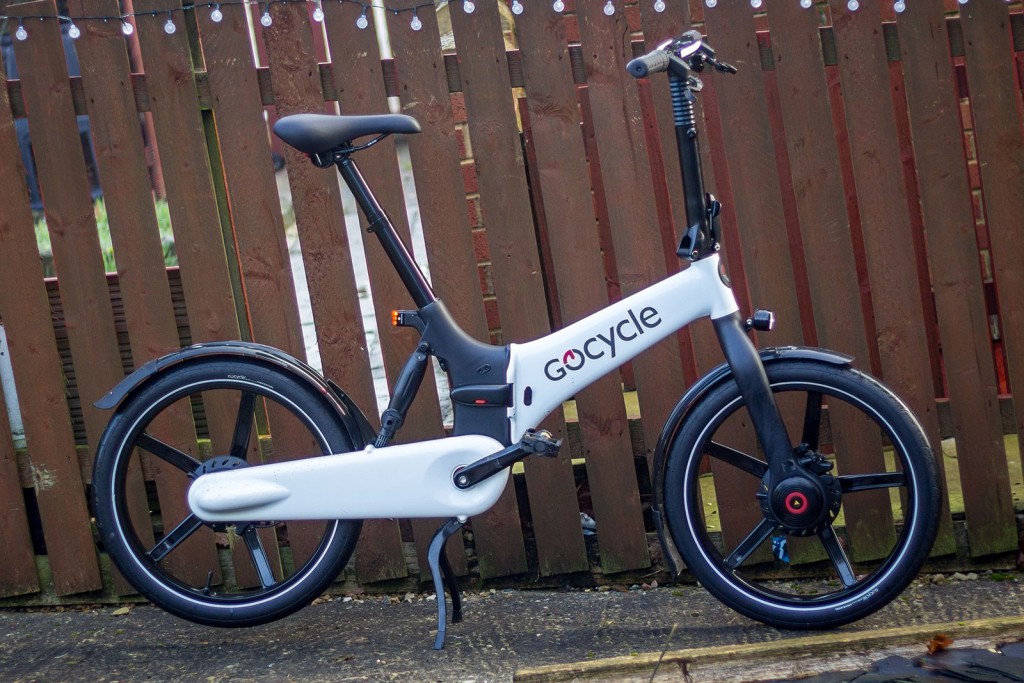 What is it like?
The G4i is unlike any other folding electric bike I've ridden. It's responsive in a way that in my personal experience has only been matched by very few full-sized bikes with mid-drive motors. Is it different enough to the G4? I'd say so, it's very obviously related, with the same frame design and electric motor, but some less obvious differences make it an outright standalone model.

To begin with, the 'cockpit' aka the handlebars, are different, visually. Where on the G4 you have a small bar of lights they call the 'fuel gauge', that displays the battery level, on the G4i, it looks more like a spaceship and less like an e-bike dashboard. 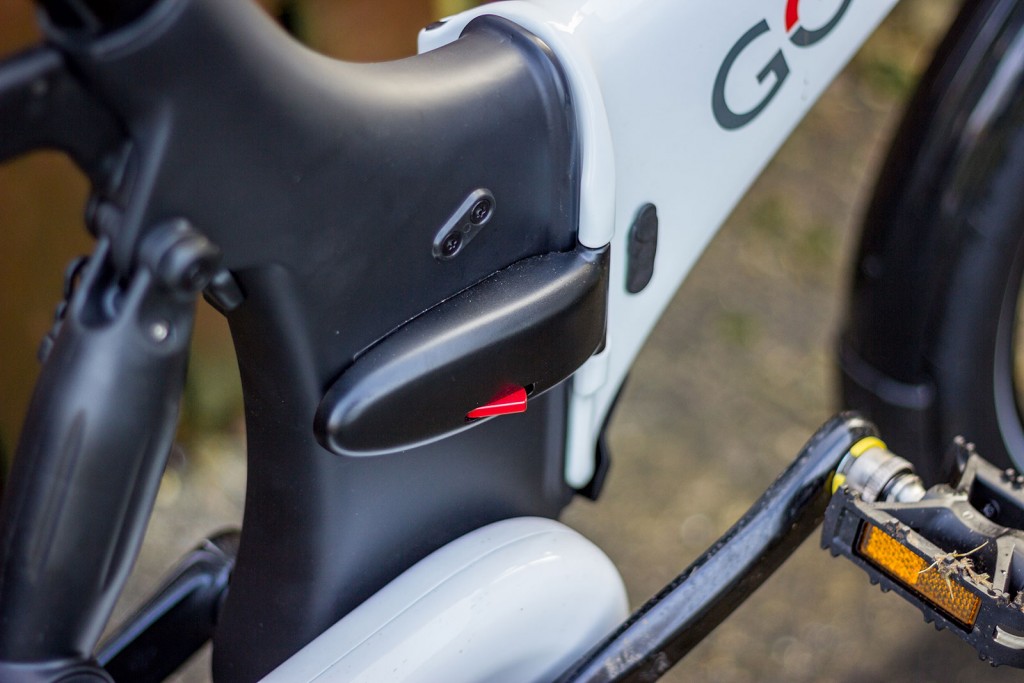 If you don't consult the manual to begin with, it could be a little confusing, but essentially some lights tell you how much battery range you have left, the gear you're in, and your speed. If you want more telemetry, in a slightly more readable format, then you can connect the Gocycle app via your phone and mount it to the bars.

The entire cockpit is incredibly sleek and minimalist, and at first glance, I suppose it could look simple. However, once you turn the bike on and start riding, that's when the ingeniousness of the design makes itself known. On the front of the bars, there is a light bar which could be likened to daytime running lights on a modern car. They're activated by the same twist grip as the boost – which helps you get up to speed (and maintain it for a little while if you're feeling lazy). It's especially helpful at junctions, traffic lights and hills. 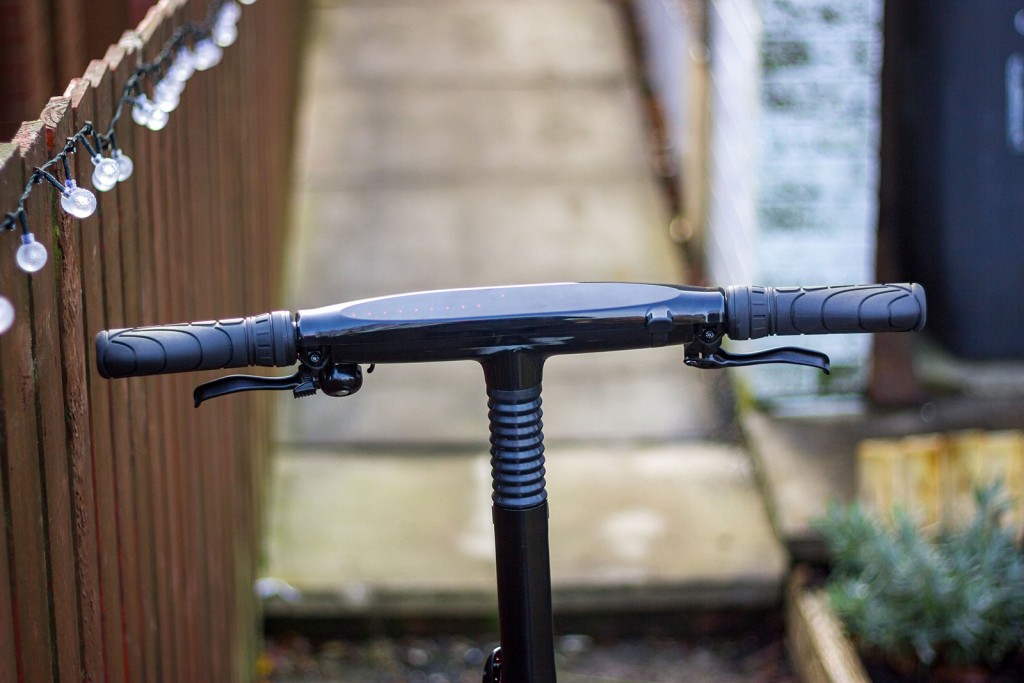 The gears are shifted using a twist grip, but it isn't a static sort of twist grip, where the gear is selected and the shift stays in that position. Instead, it releases back when you engage the gear. I found the gearing to be adequate for the terrain locally, including some of the steeper hills, which makes it ideal for urban excursions.

A nifty little feature I really loved was the automatic shifting when you stop. This means that say you're in the third gear, or the hardest gear, whichever way you want to look at it, and you come to a stop, the bike shifts down to the easier gear (gear one). It makes it easier to set off from a standstill, and it's a nice touch to an already user-friendly experience. 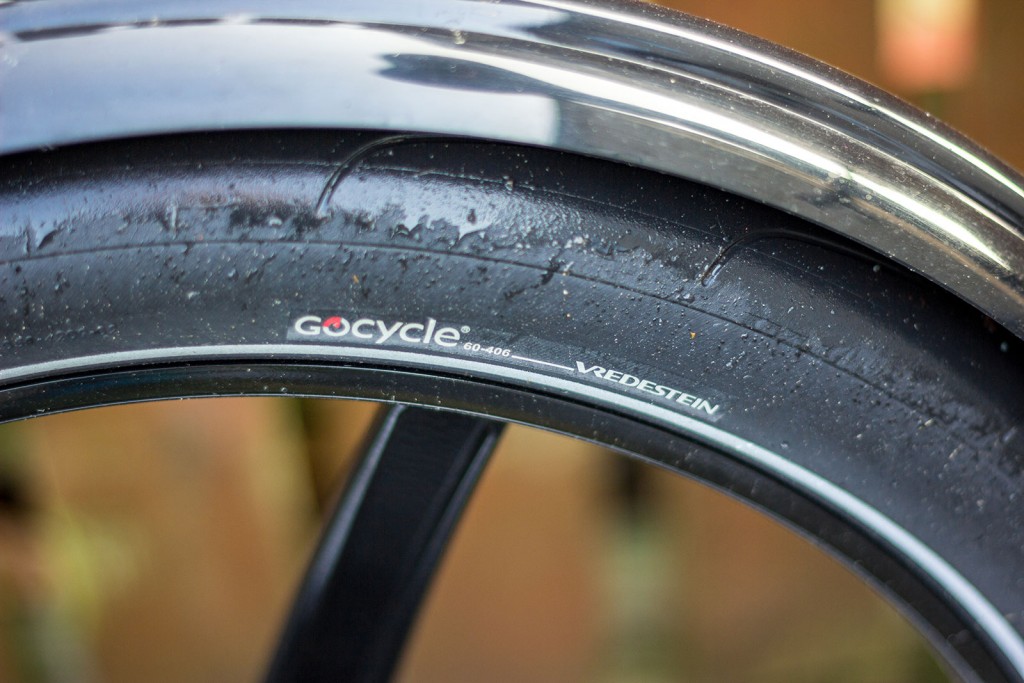 In terms of living with the Gocycle, it's easy to store and fold. The hinges feel well made and the joints are unnoticeable when you ride. It barely feels like a traditional folding bike – there is certainly not a lot missing from a full-sized riding experience with the G4i.

The battery range is also decent. Gocycle suggests you can get up to 50 miles from one charge. I think that's pretty close, as I found the G4i is so nice to ride if you're on the flat you may find yourself riding above the 15.5mph assist limit anyway, thus reducing your reliance on the battery. 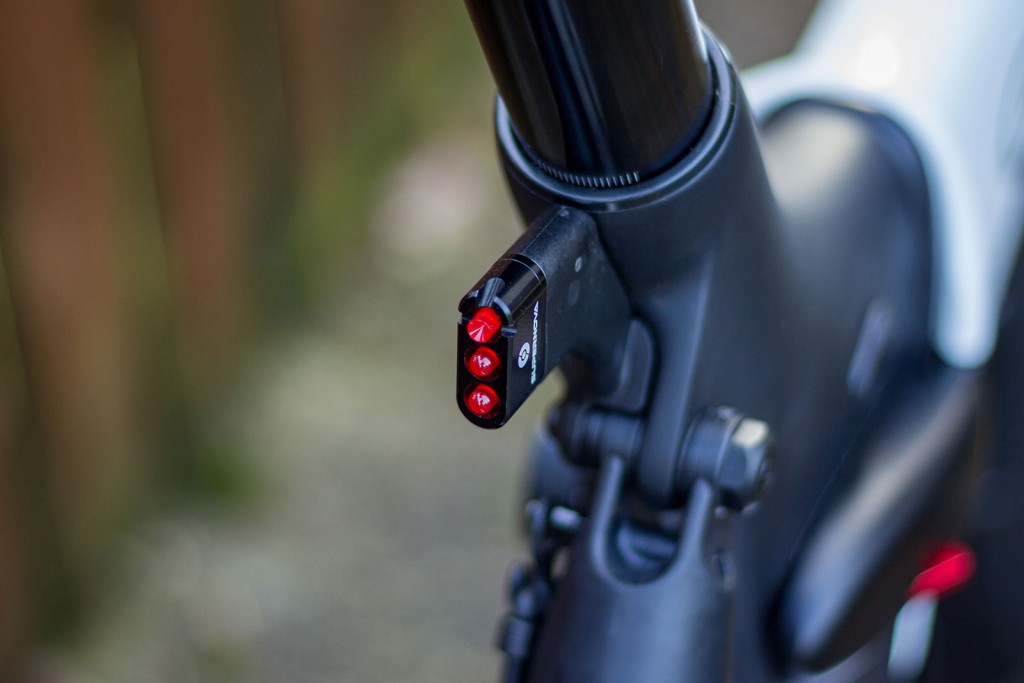 If you had a nagging feeling that an electric folding bike might not fulfil your daily riding needs, or is only good for multi-modal or last-mile commutes, then the G4i is an example o why that doesn't have to be the case. It's compact, sure, but that doesn't impact the rideability of the bike. The handling is spot on, it's got a decent battery range, and it's adjustable so riders of varying heights can use it.

Gocycle also sells accessories like a rear luggage rack or front pannier bags for those who want a little more utility out of their bike. Overall, it's an excellent bit of kit and shouldn't be overlooked by riders who want more than a folding bike traditionally provides. 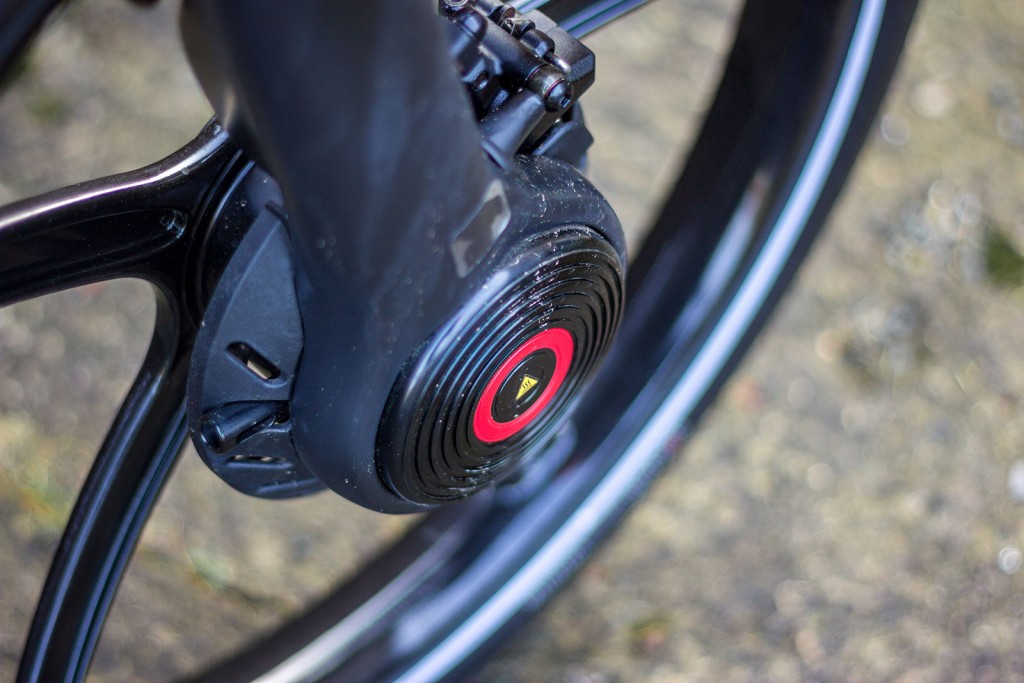 Where can I buy it?
From Gocycle or selected retailers.

How does it arrive?
Folded inside a relatively small cardboard box. Simply attach the pedal(s) and unfold the bike to get going.

Verdict
The G4i is an exemplary electric folding bike, perhaps the gold standard in this sector. From the sleek cockpit to the excellent motor, it’s got the portability of a folder but the ride quality of something bigger. 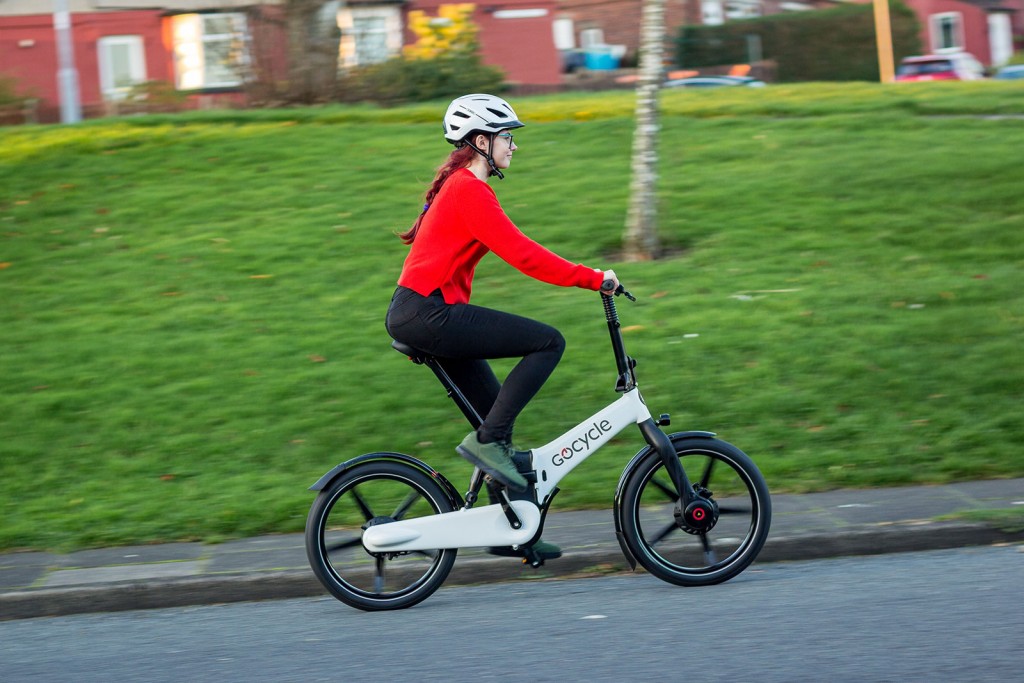 Mileage range
Up to 50 miles