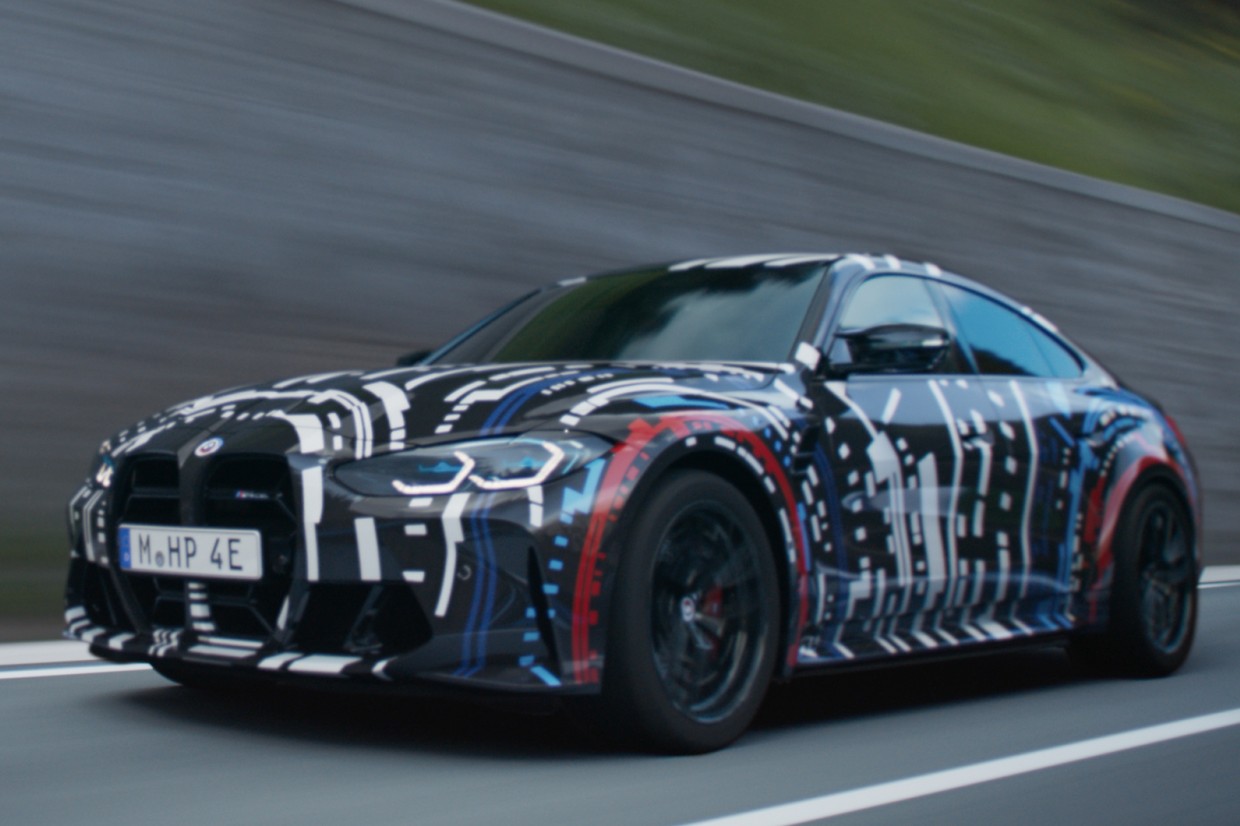 The Munich firm has confirmed that it is developing drive and chassis technology for a future electric performance car in a special test prototype using a BMW i4 M50 coupe that has been extensively modified. Sadly for everyone, they've so far only revealed one picture of it, which shows a camo wrap and is a little on the blurry side.

Subscribe to the FREE Move Electric newsletter for the latest electric news, reviews and features

Most notably, the as-yet-unnamed test car features a new version of BMW’s M xDrive all-wheel-drive system that uses four electric motors, with one mounted on each wheel. BMW M said that the system “opens up completely new possibilities for infinitely variable, extremely precise and at the same time very fast distribution of drive torque”.

BMW has yet to give any performance details of the four-motor system, although it will likely offer high levels of both power and torque – but much of the focus will be on ensuring that it can offer the characteristics of a BMW performance car.

Dirk Häcker, BMW M’s head of development, said: “Electrification opens up completely new degrees of freedom for us to create M-typical dynamics. We can already see that we can exploit this potential to the maximum, so that our high-performance sports cars will continue to offer the M-typical and incomparable combination of dynamics, agility and precision in the locally emission-free future.”

The four motors in the test prototype are connected to a central control unit that BMW M says can calculate the “ideal power transmission” required using sensors monitoring the accelerator pedal position, steering angle, longitudinal and lateral acceleration and wheel speed, among other areas. Those signals are then transmitted by a multi-plate clutch and differentials to the four motors.

The system has already been tested in virtual reality and on test benches before it has been put on the road in the test vehicle. BMW says the car is equipped with a range of measurement technology that can be used to analyse its performance in every driving situation.

The modifications to the new prototype compared to a standard BMW i4 M50 extend beyond the four motors. Wide wheel arches have been added to allow for the new front and rear axle designs, while the front end of the car uses an adapted body strut concept that has been taken from the combustion-engined BMW M3 and M4 performance cars, and which is designed to offer high torsional rigidity. The radiators have also been reconfigured.

BMW says that the detailed work on the machine’s new powertrains and extensive modifications will be “crucial” will maintain the traits that M machines are known for, which it cites as “a linear build-up of drive power and lateral dynamics that permits controllable handling right up to the limits.”

The firm says that early testing with the prototype has shown it is capable of “significantly higher” cornering speeds, with the system also aided by the ability to regain energy under braking “right up to the limits of driving dynamics”.

BMW M has yet to give any indication of when the technology being tested in the prototype car will be ready for production. Move Electric’s sister title Autocar recently revealed that the firm was working on a full electric version of the BMW M3, which is tipped to arrive around 2025.

This year marks the 50th anniversary of BMW M, and the performance firm is gearing up to expand its electrification efforts in the future. It is currently putting the finishing touches to the BMW XM, a performance SUV that will feature a V8-based hybrid powertrain.