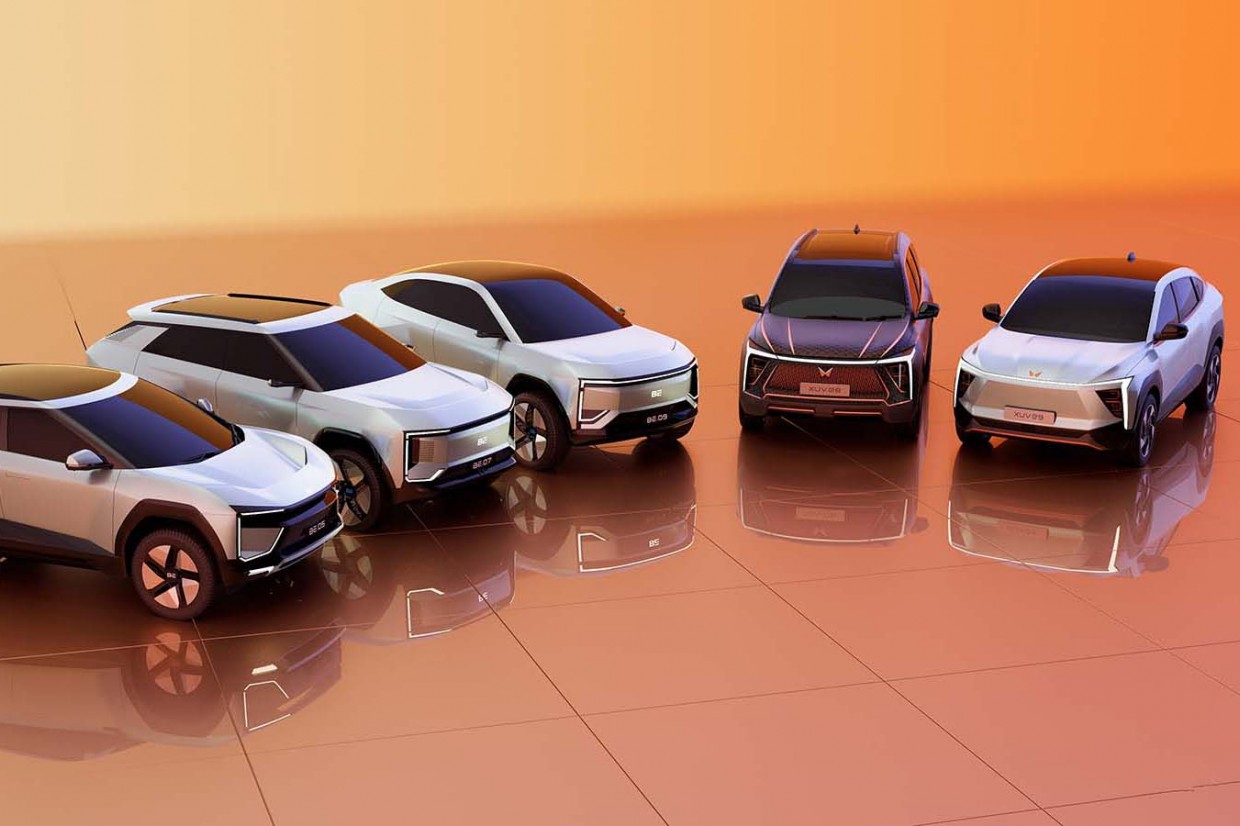 Indian car giant Mahindra has unveiled five UK-designed electric SUVs that it will launch in the coming years on a new electric platform featuring Volkswagen Group technology – and company bosses have told Move Electric that they could be offered in the UK in the future.

Mahindra is one of India’s leading car manufacturers, and also produces a range of electric two-and three-wheelers. It is perhaps best known in the UK for its FIA Formula E World Championship squad – which has just signed leading driver Lucas di Grassi for the coming 2022/2023 season. It also offers a range of farm machinery which is popular in the USA. Mahindra also owns Automobili Pininfarina, which is developing the Battista electric supercar.

The latest electric news and features in your inbox: it's the FREE Move Electric newsletter 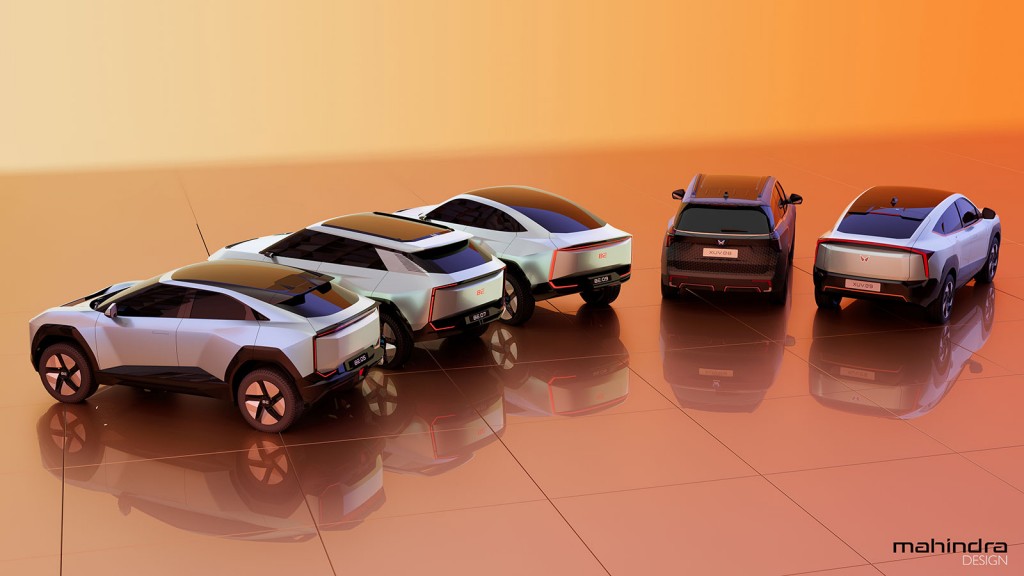 The five new electric SUVs will be split between two new electric vehicle sub-brands: XUV and Be. Design work for the new Be models was led at Mahindra’s new Mahindra Advanced Design Europe (MADE) centre that has just moved into a new base next to the team's Formula E operation in Banbury, Oxfordshire. Design work for the XUV models was led by Mahindra's Indian design centre.

All five models – along with all future electric Mahindra models – will use the firm’s new Inglo bespoke electric platform. This is a modular platform designed for electric SUVs that can seat up to seven people. High-riding SUVs are particularly popular in India due to the poor condition of some roads there, and Mahindra has prioritised high ground clearance and a relatively compact wheelbase. 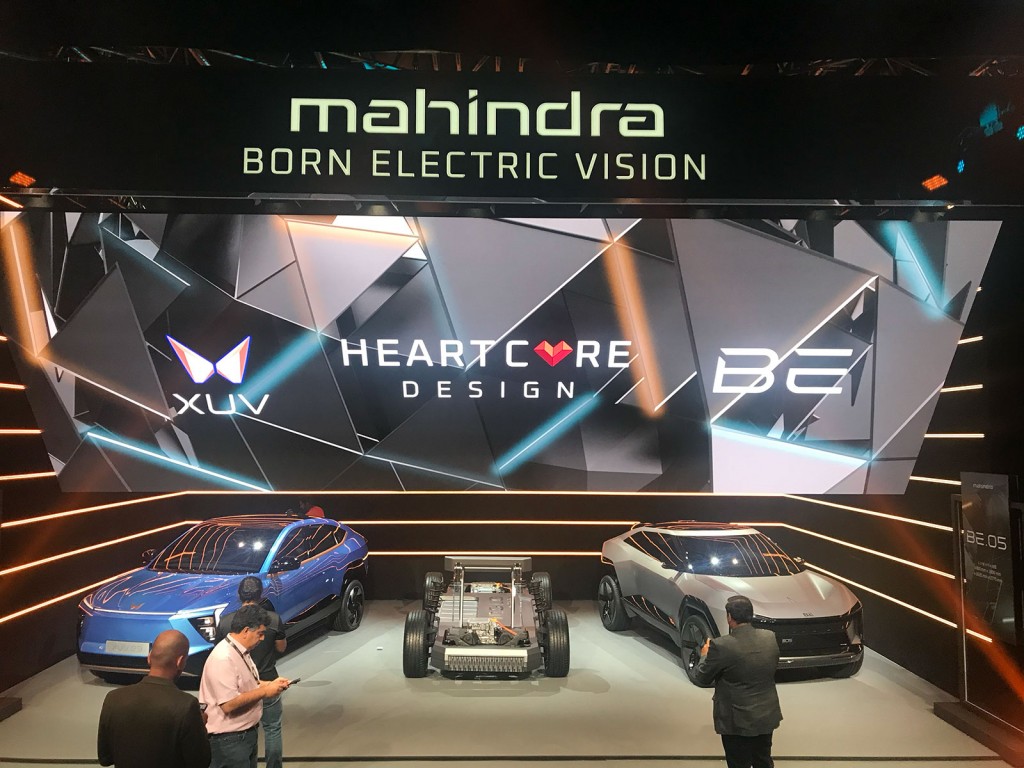 The five machines will be offered by two new brands, which Mahindra has called XUV and Be. The XUV brand will “build upon the Mahindra legacy”, and uses a new version of that firm's 'twin peaks' logo. Meanwhile, the Be models will offer an “audacious new design language”.

Effectively, XUV models will complement and sit alongside existing Mahindra combustion-engined models, while the sportier, premium Be models will be clean sheet electric designs that are new to the firm's range, desinged to win over a new range of customers. 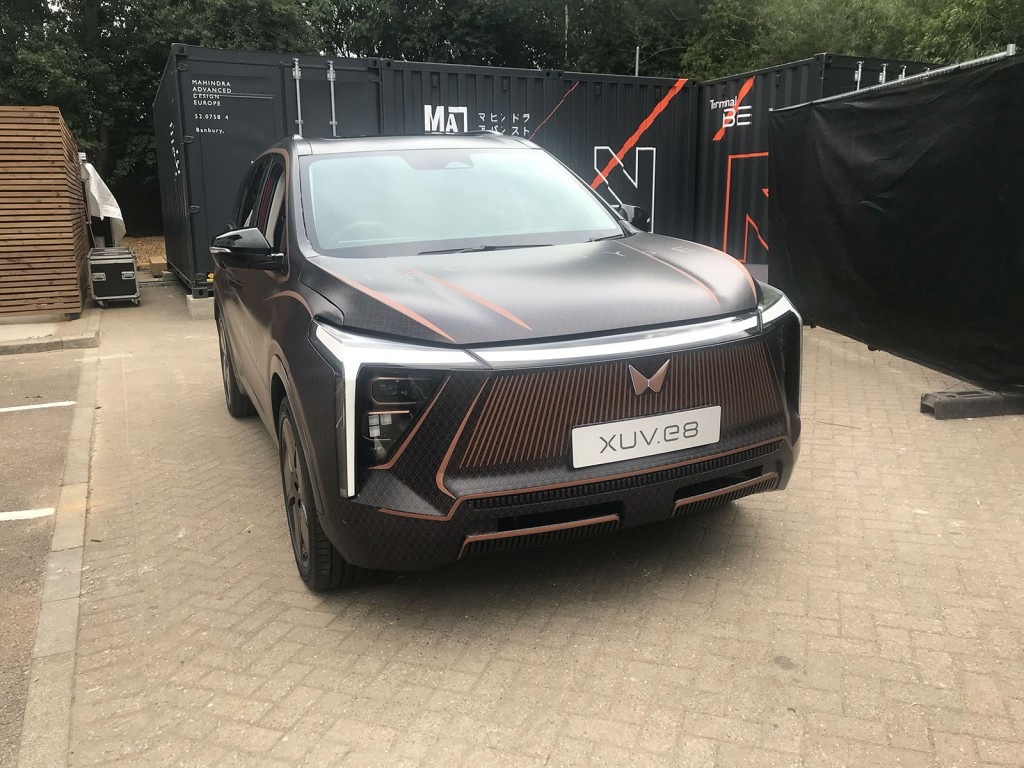 The XUV e8 will arrive in December 2024, with an all-wheel-drive powertrain. It will be a large SUV that is 4700mm long, with a wheelbase of 2762mm. That will be followed in April 2025 by the XUV e9, which is even larger at 4790mm and will take the form of “an authentic SUV with the aerodynamic silhouette of a coupe”. 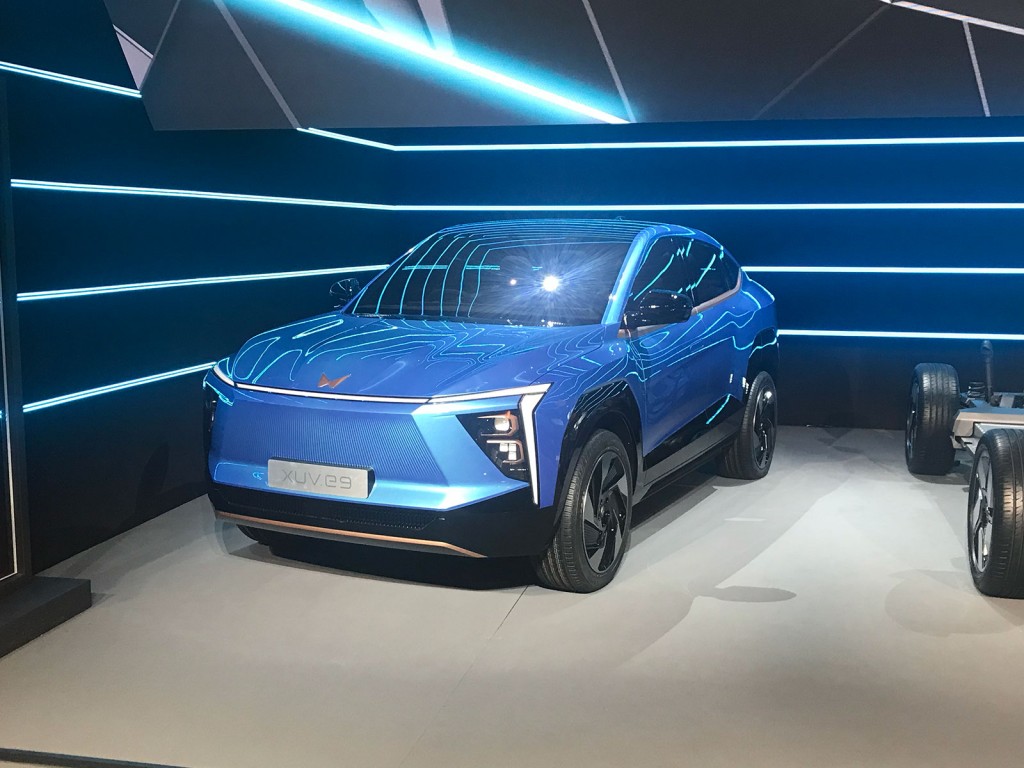 The BE 05 will launch in October 2025, and is described by the firm as a "sports car on steroids", with a “racing-inspired bold design”. The interior also features a distinctive 'halo' design, inspired by Formula E cars, with a halo-style surround extending from the dashboard to create a cockpit-style enclosure for the driver.

The BE 07 is lined up for an October 2026 launch, and will be a 4565mm long family SUV that is designed to offer “a first class experience”. 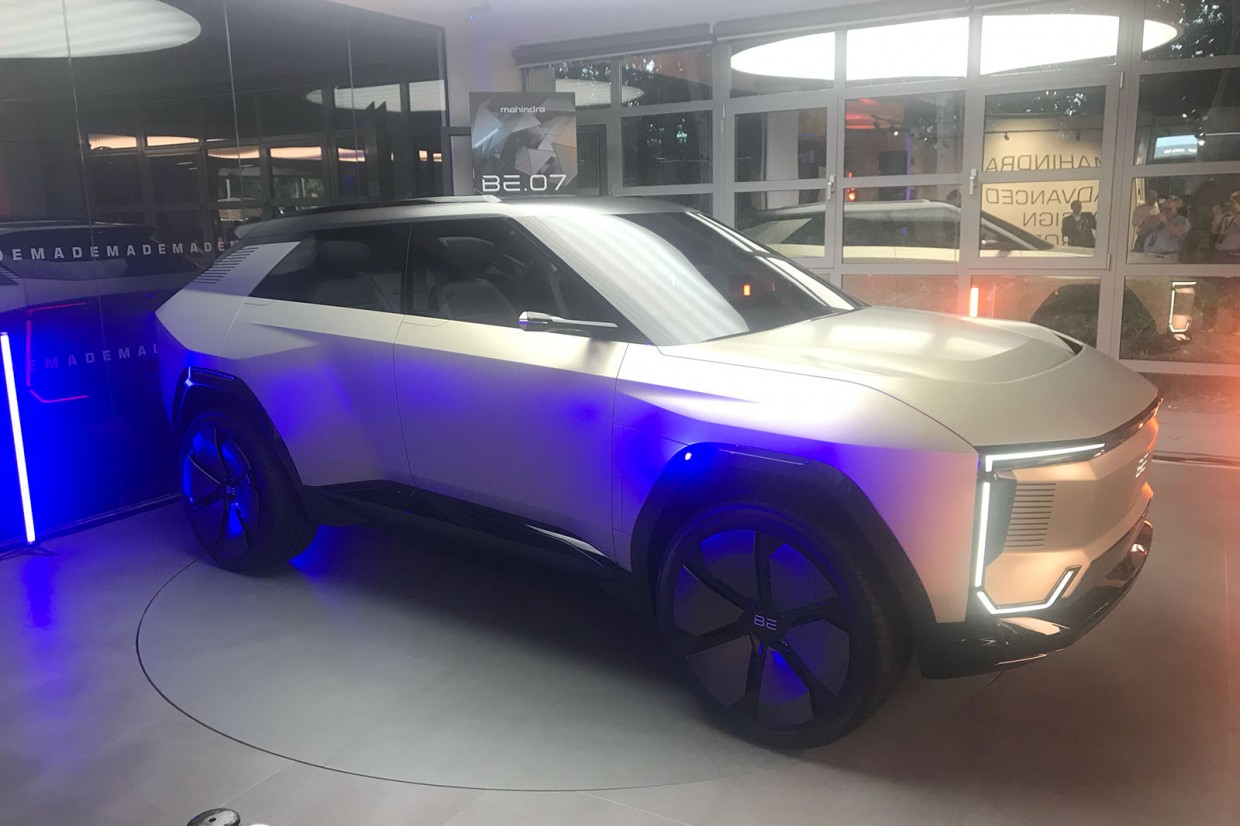 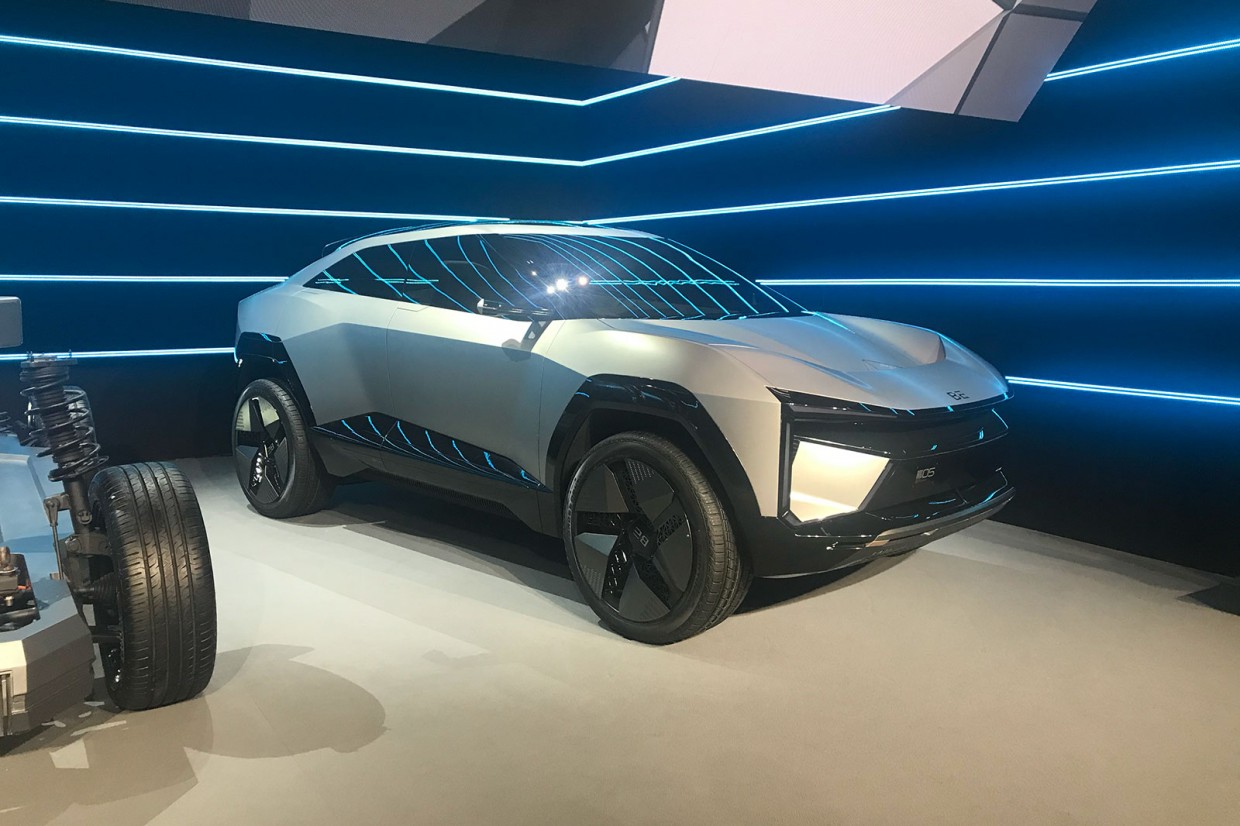 The launch date for the BE 09 has yet to be confirmed, although it was one of the concept models shown at the launch event. While details for that machine are limited, Mahindra claims it will be a “head-turning SUV grand tourer with a chiseled design”.

“We have offered electric three-wheelers in India since 2017, but with our four-wheel EVs we plan to go bigger: not just in India, but around the world. These vehicles are the cornerstone of our global ambitions," said company chairman, Anand Mahindra. 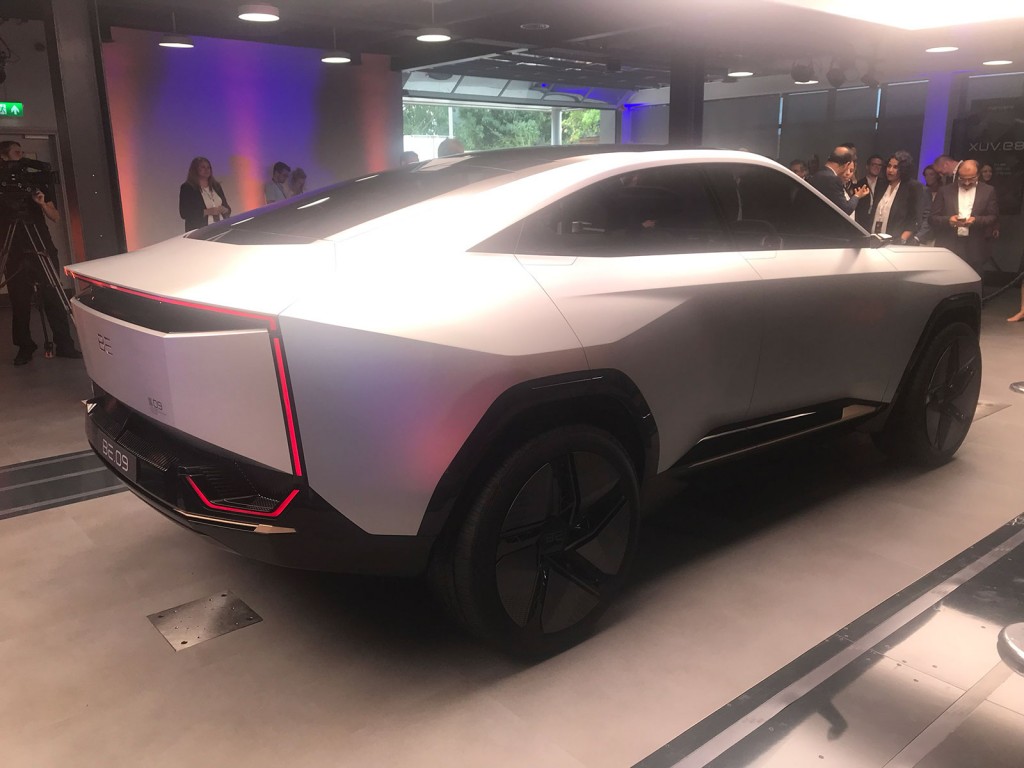 While the machines will launch first in the Indian market, they are conceived as ‘global cars’. They were designed at the new MADE facility primarily so that British and European talent could have an input in them. The firm is understood to be considering global expansion plans including the UK market, and will evaluate its plans based on the reaction to the new models and sales potential for each market.

The Inglo architecture is a flexible platform that will be used for all future Mahindra EVs. It is designed to allow for a wide variety of battery sizes, and can accept single- and twin-motor powertrains. The platform uses a common battery pack design that allows for options ranging from 60-80kWh, with charging capable at speeds of up to 175kW.

The battery packs are set to be supplied by Volkswagen Group Components under a partnership between the two firms. The battery packs will effectively be the same ones used for future versions of models built on the VW Group's MEB platform, such as the Volkswagen ID 4. 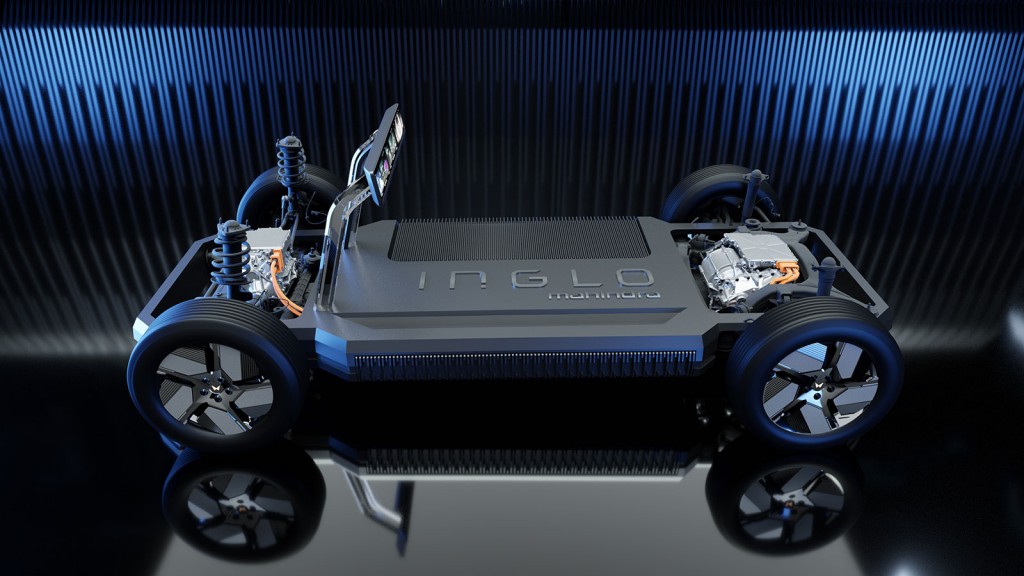 With the 80kWh battery pack, Mahindra claims its models will offer an official WLTP-certified range of 270-280 miles.

The Inglo platform will also feature high levels of technology built into it, with Mahindra promising 5G compatibility the potential for over-the-air software updates, and the capacity for Level 2+ advanced driver assistance systems. It will have design elements to optimise range including “enhanced aerodynamics”, zero-drag wheel bearing, high-efficiency cooling and “best-in-class low voltage power consumption”. 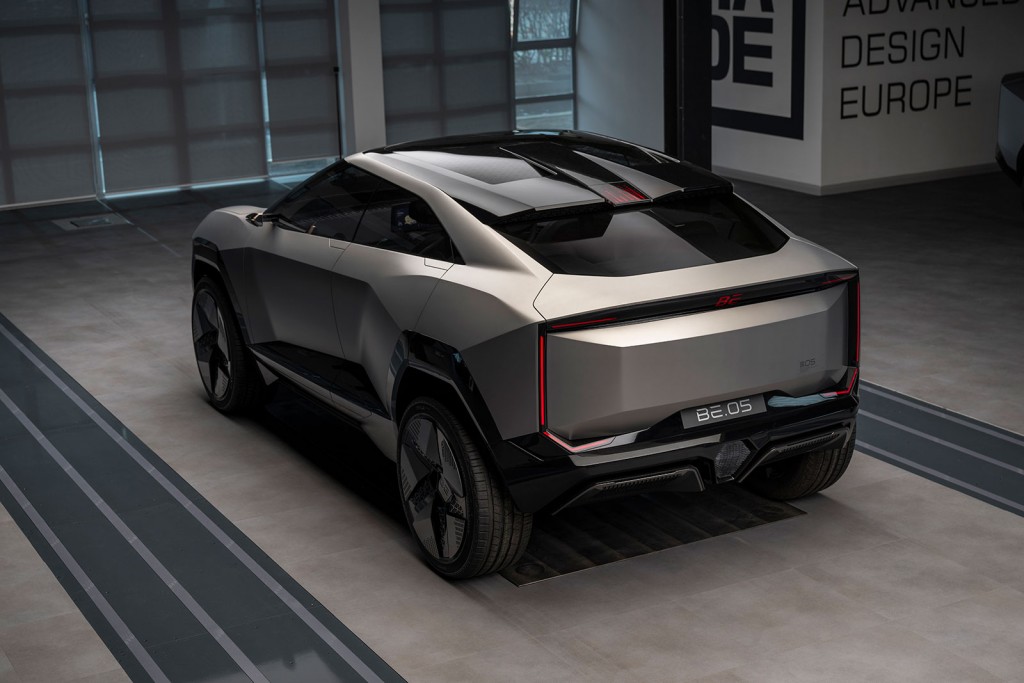 Mahindra has also put a major focus on developing internal infotainment technology. Some models will feature digital display screens comprised of three 12.3in HD touchscreens placed side-by-side, although other models will only use two.

Mahindra and VW Group Components have signed a partnership agreement for the supply of MEB batteries, and are also investigating other areas in which they could work together. This could include the supply of other key components for the Inglo platform machines, although Mahindra is keen to localise the supply chain as much as possible.

The two firms are discussing how they could work together to help invest and develop the electric vehicle charging infrastructure in India, and also hinted they could investigate the feasibility of securing EV battery manufacturing in the country.

MADE in the UK

The new Mahindra Advanced Design Europe arm has been operational in the UK for the past year or so, although it had been working out of temporary facilities in Coventry while the new sit in Banbury was prepared. That site, which was officially opened today (15 August) is next door to the firm's Formula E factory.

Around 35 designers currently work at MADE, with chairman Anand Mahindra saying that the UK was chosen because "the talent here is the best in the global automotive industry".