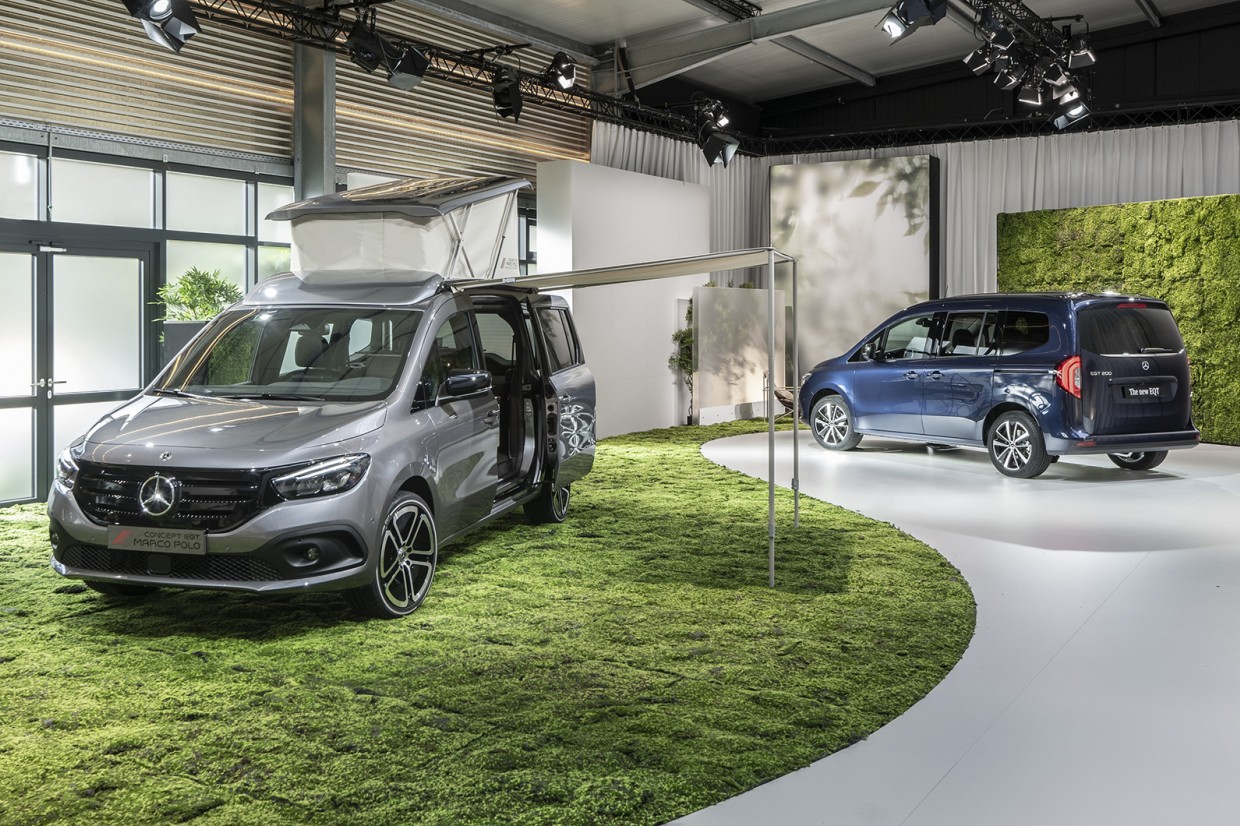 Mercedes-Benz has unveiled its new EQT van-based people carrier – and given a sneak preview of the forthcoming Marco Polo camper conversion.

The new small electric MPV will sit under the existing EQV, and is effectively a battery electric reworking of the combustion engined T-Class van. While the EQT is due out early next year priced from around £42,000, the camper variant has only been show in concept form – with the production version due to appear later in 2023.

A camper van full of electric news: get our FREE newsletter

Let’s deal with the EQT van first. It maintains similar styling to the ICE version, albeit with a new black panel grille in place of the radiator. It is 4498mm long and 1819mm high (a bigger long wheelbase version will follow in 2023), and has five seats and a 551-litre boot – with 1979 litres of storage if you fold the seats down. 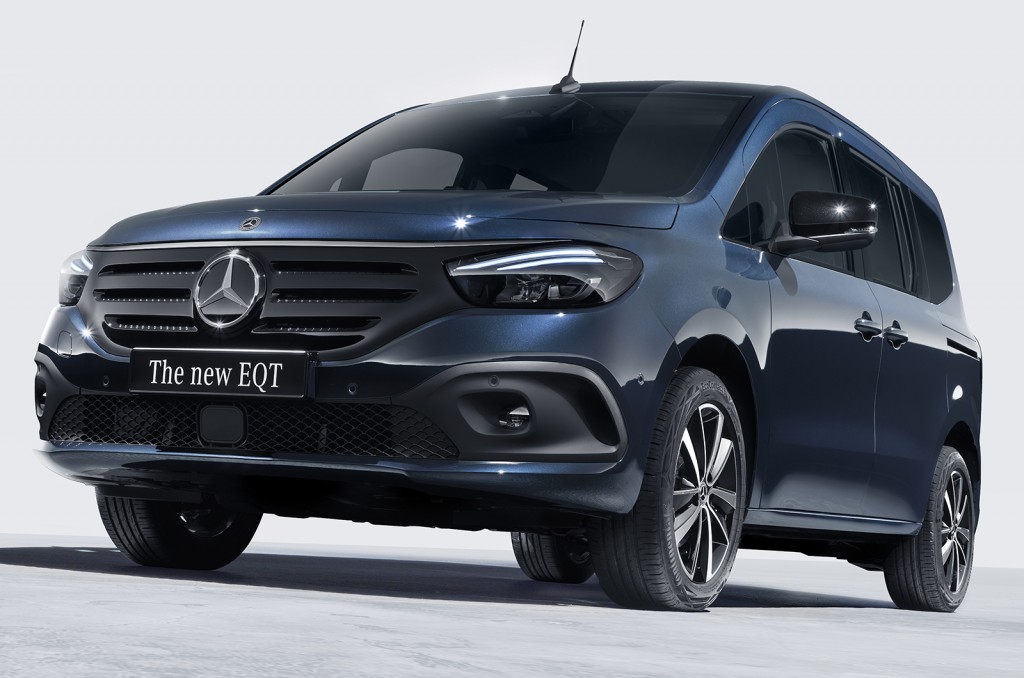 The machine is powered by a 90kW electric motor that drives the front wheels. Power comes from a 45kWh battery mounted under the floor, which gives a range of 175 miles. The EQT can be charged at speeds off up to 80kW, allowing for a 10-80 per cent charge in 38 minutes.

The interior features a 5.5in instrument cluster and a 7in infotainment touchscreen, while on the outside there are 16in alloy wheels, with 17in versions available as an option.

But it’s the Concept EQT Marco Polo that’s got us really excited, largely because we love the prospect of an electric camper. 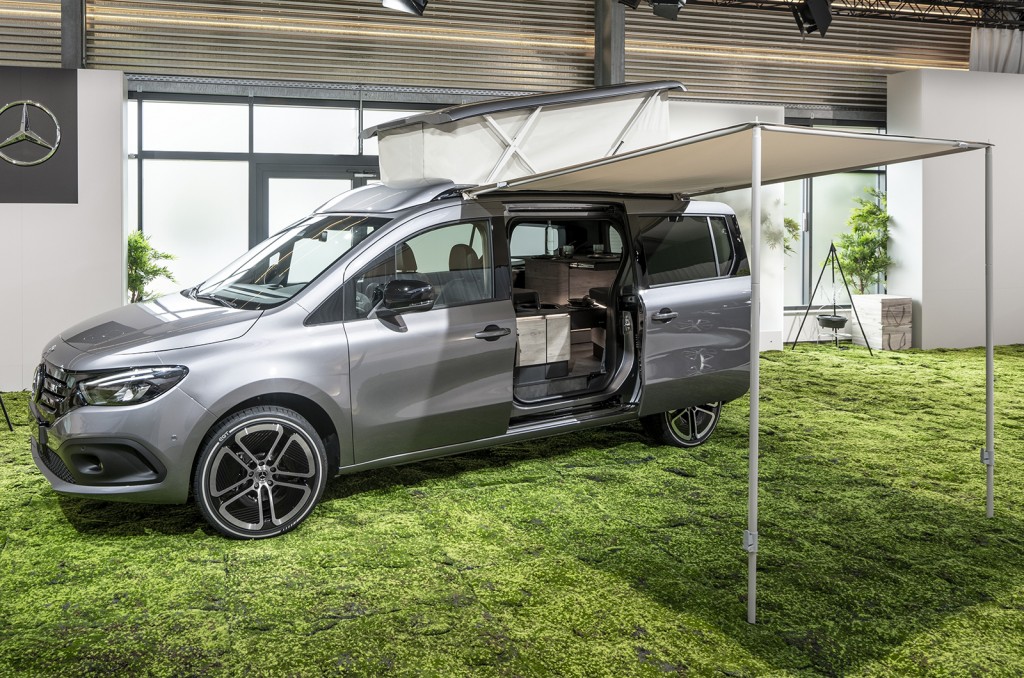 Based on the long wheelbase version of the EQT, the Marco Polo variant will feature a pop-up roof with a roof bed. There’s what Mercedes calls a further “sleeping facility” – which we think means a bed – in the back of the vehicle, and there’s also a sink, 16-litre fridge an induction hob and a gas cartridge cooker. It features a fold-out table that can be electrically adjusted for heigh, and there are a number of other storage units. 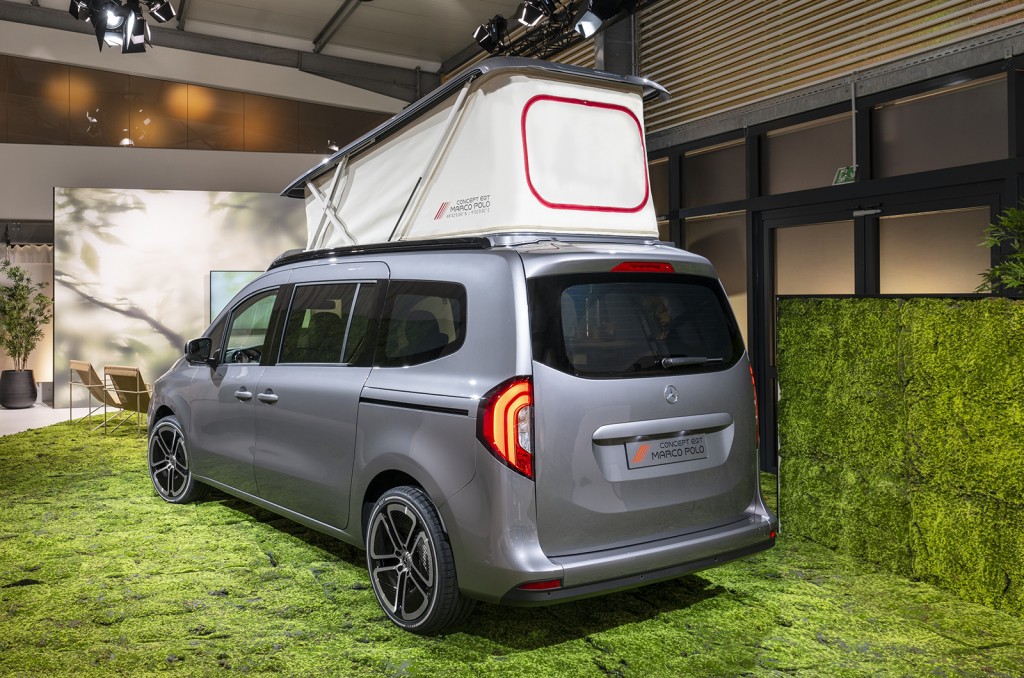 Mercedes-Benz says that all of the camping units in the EQT can be removed, so that it can also be turned into a standard vehicle when required. The roof also features solar panels and a detachable side sun awning. 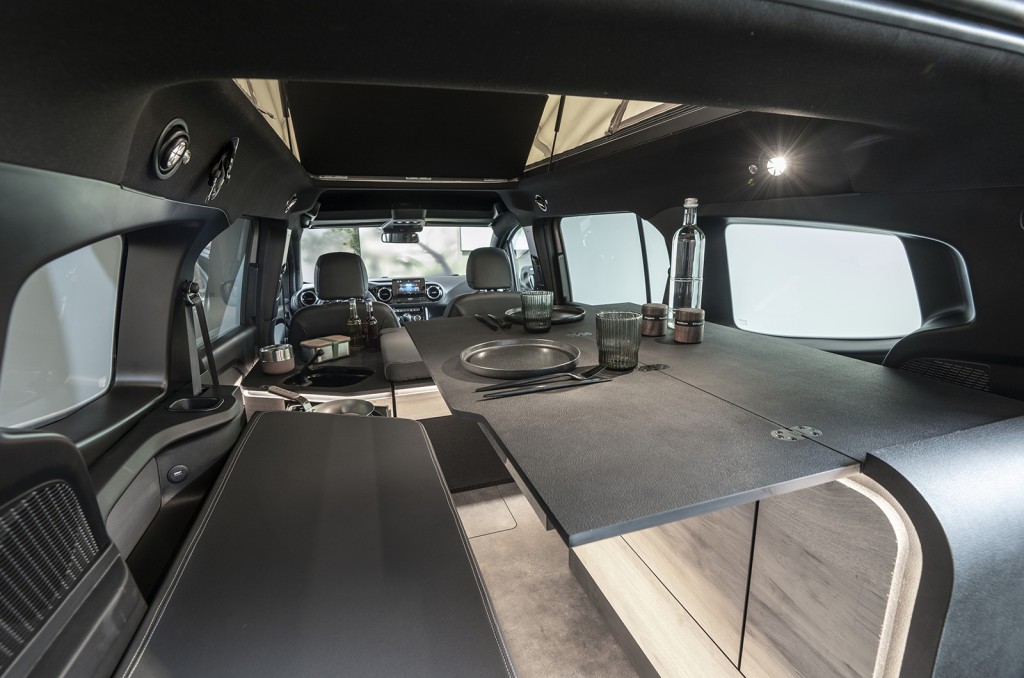 If you don’t quite want to stretch for the full camper van, Mercedes will also offer a Marco Polo Module, which will offer a “basic solution” for limited camping needs. That will include a standard bed that is stored behind the rear seats and an optional kitchen unit based on a drawer system that includes a sink, fridge and gas cartridge cooker. And for the full set, you can also select two matching camping chairs and a table. 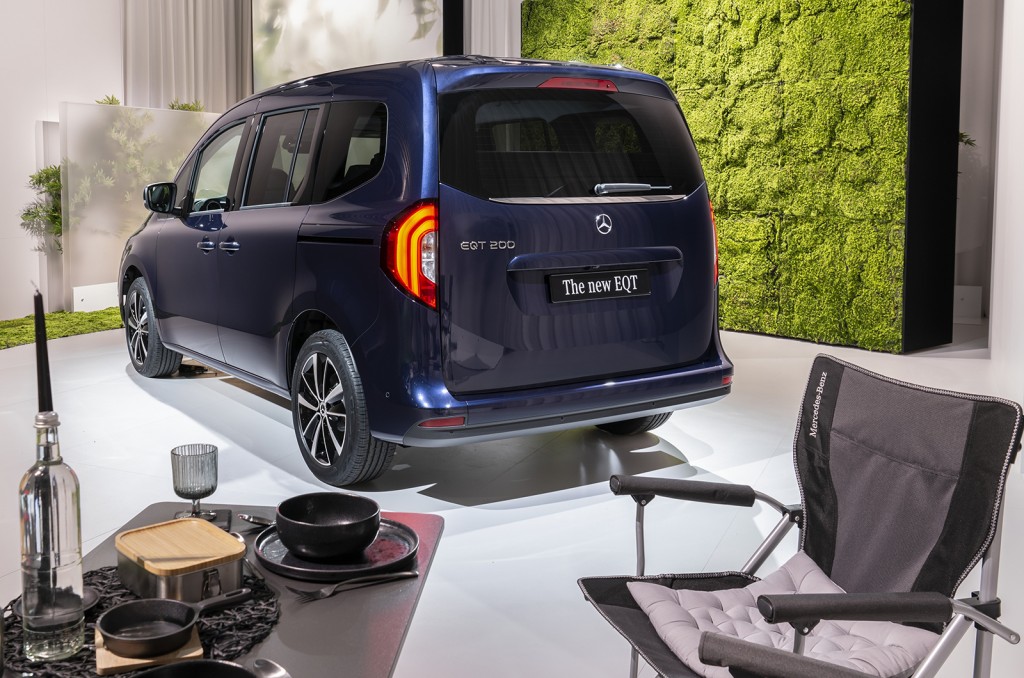