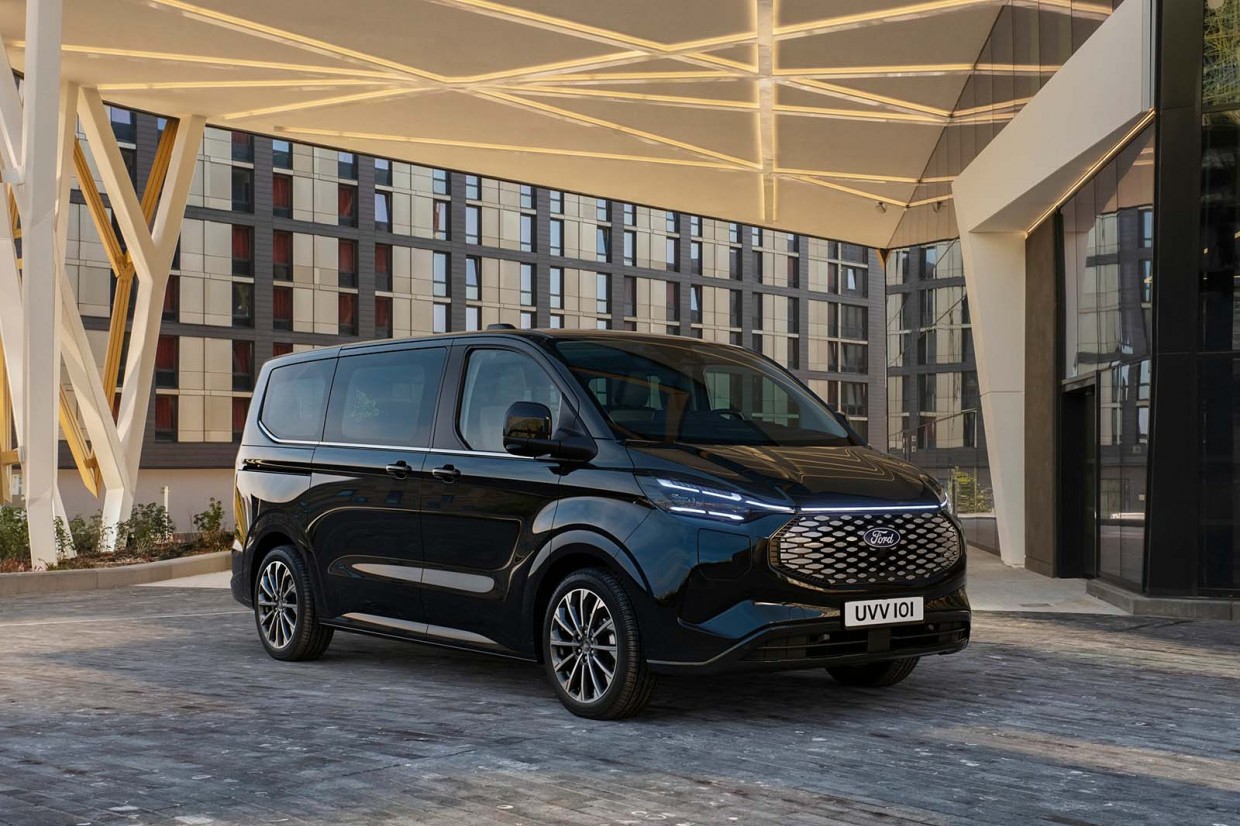 This is the new Ford E-Tourneo Custom, a new electric multi-purpose version of the firm’s new E-transit, designed to swallow the kids, luggage and the family pet dog.

The E-Tourneo Custom follows the launch of the recently unveiled E-Transit Custom which was the first model to come out of the US car giant’s new commercial arm, Ford Pro.

Ford's new model is the second of four all-electric commercials vehicles due from the Ford Pro division by 2024. 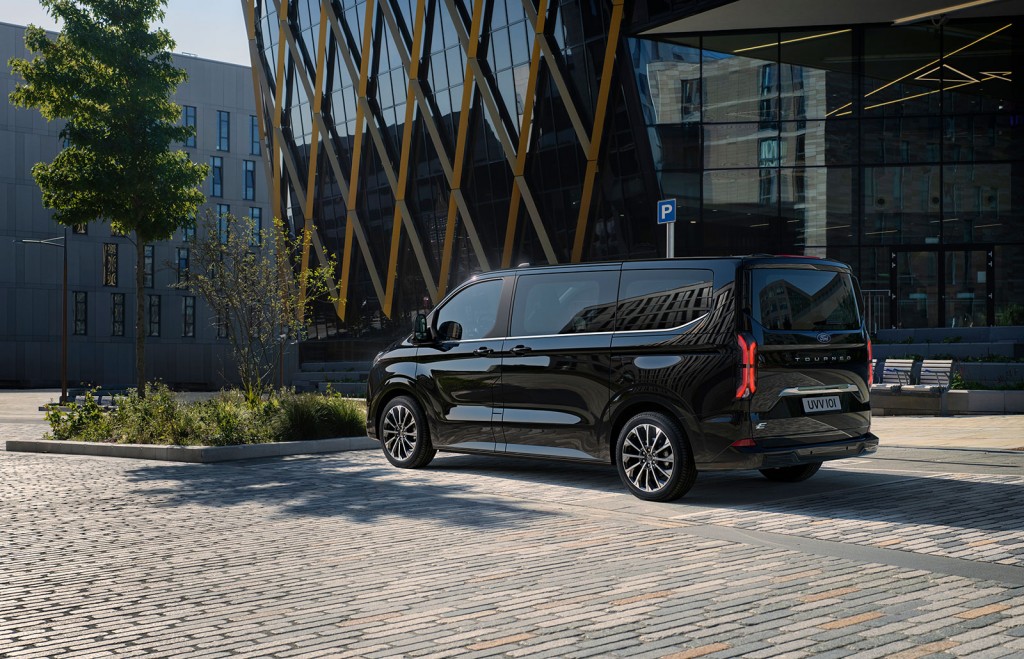 Topping the E-Tourneo Custom range, the electric MPV gets the same powertrain as the E-Transit, with a 74kWh battery offering up to 230 miles of range. This is paired to a 160kW motor mounted at the rear.

The E-Tourneo can be charged at up to 125kW, allowing for a 15-80% charge in around 41 minutes, while home charging with an 11kW unit takes less than eight hours. Ford says its new electric offering will also feature one-pedal driving capabilities to improve efficiency.

Like its commercial sibling, the E-Tourneo can tow up to a capacity of 2000kg - that’s more than the new Volkswagen ID Buzz can manage.

Ford promises the electric MPV will have “superior refinements and vehicle dynamics” thanks to the electric powertrain and independent rear suspension. 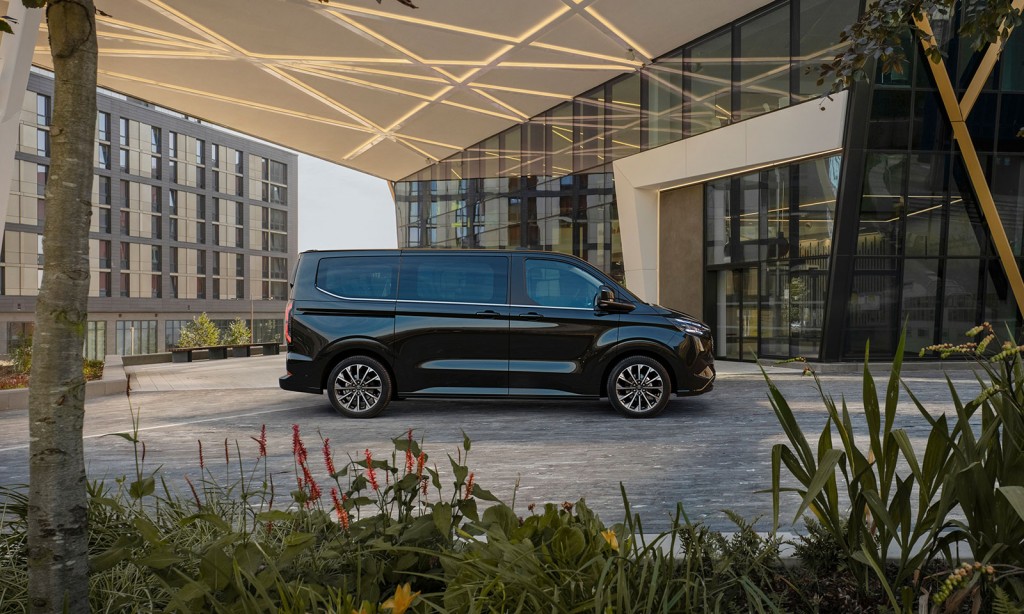 Inside the new Ford gets a suite of premium features including a flexible seating, hands-free power side doors, B&O audio system, panoramic roof and - most importantly - a tilting steering wheel which morphs into a table.

The max eight-seater E-Tourneo comes with Pro Power Onboard technology allowing occupants to benefit from up to 2.3kW sockets in the front cabin. 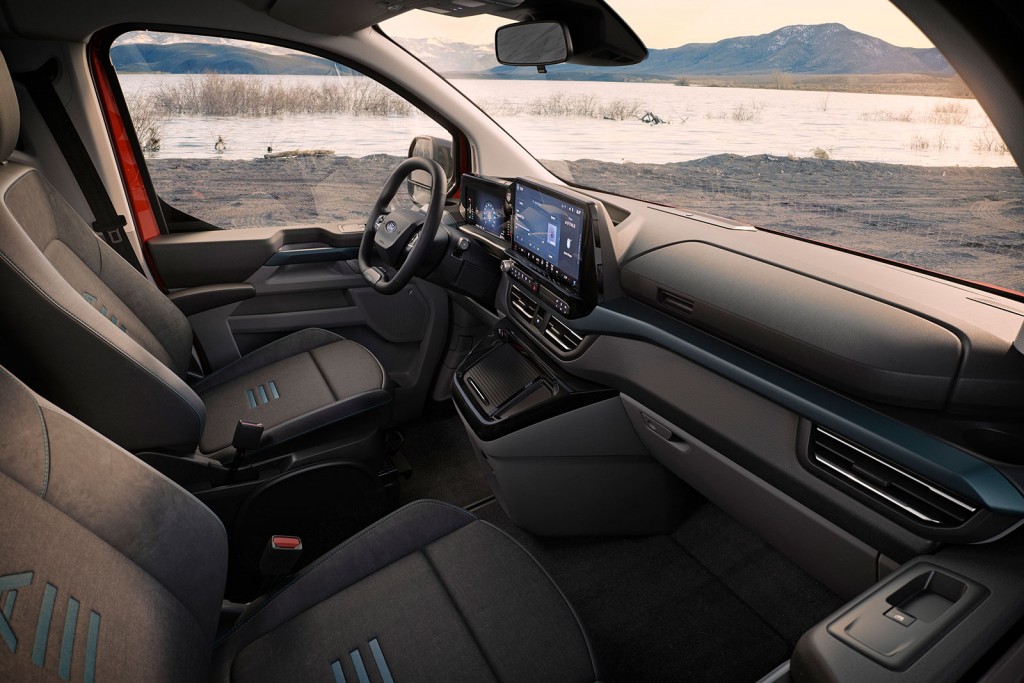 The new track-mounted seating system inside the E-Tourneo allows for maximum adaptability, according to Ford, enabling users to optimise space for passengers or luggage.

Up front the MPV gets the same infotainment system as the E-Transit which is operated through a 13-inch touchscreen, which is paired with a new digital instrument cluster. Android Auto and Apple Carplay will come as standard.

A host of driver assistance systems have been added such as Intelligent Adaptive Cruise Control with Lane Centring, 11 Reverse Brake Assist, Fully Active Park Assist and a 360-degree camera system.

Buyers can choose from a number of trim levels including Active, Sport and the range-topping Titanium X which adds 19-inch alloys and LED headlights. 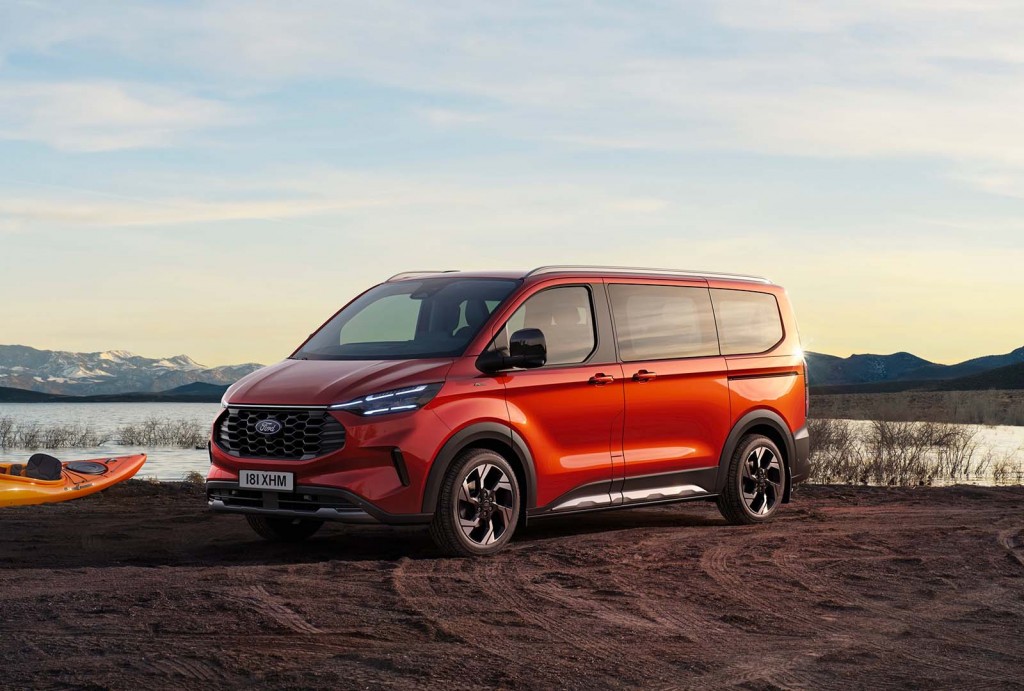