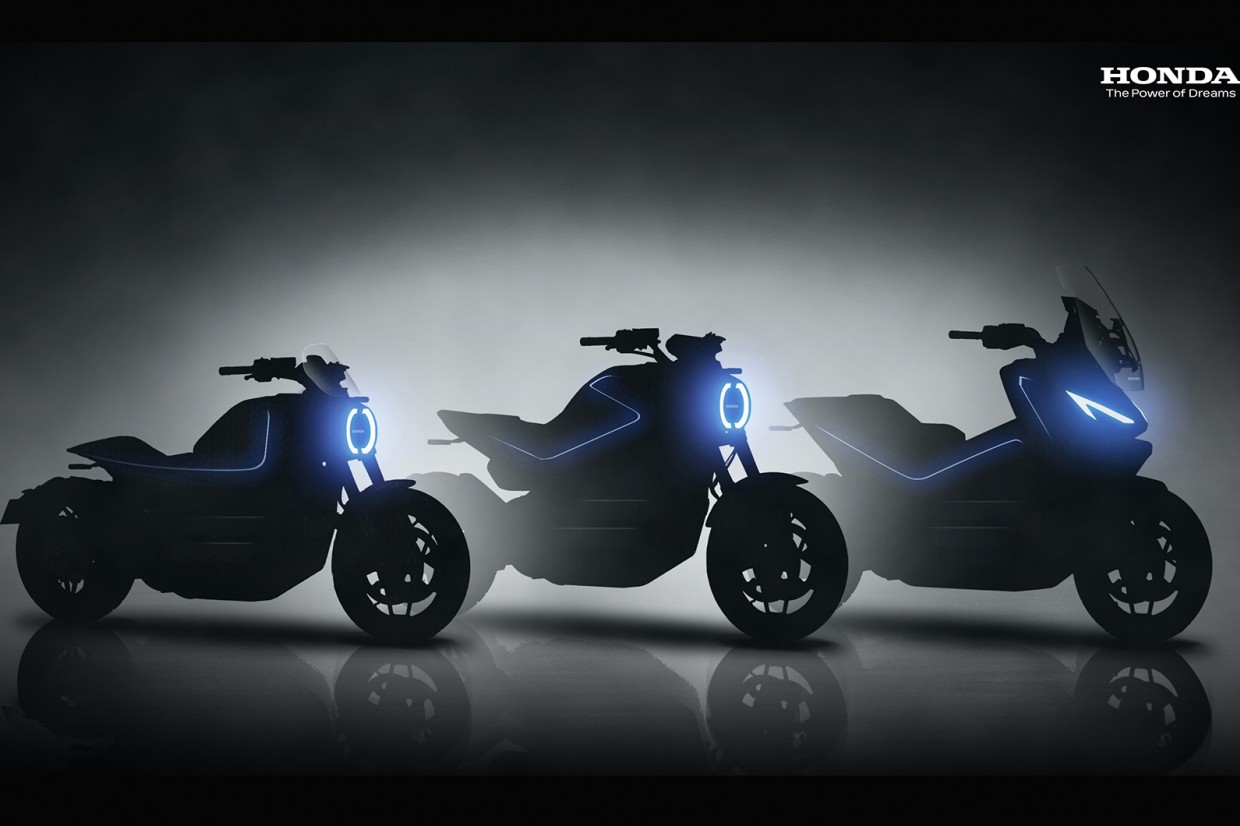 Honda will ramp up its electrification efforts by launching more than electric motorbikes by 2030 – which will include a range of Europe-bound sport bikes.

The Japanese giant is the world’s largest motorbike manufacturer, and is planning a massive ramp-up of its EV line-up in a bid to sell reach one million annual electric motorbike sales within five years – and 3.5 million by the end of the decade. That would represent 15 per cent of Honda’s global motorbike sales.

While Honda will continue to develop and sell combustion-engined bikes, the rollout of a fleet of new electric bikes is a response to the rapid growth of the e-motorbike market. The machines are also set to feature innovative technology, potentially including both swappable batteries and solid state batteries. 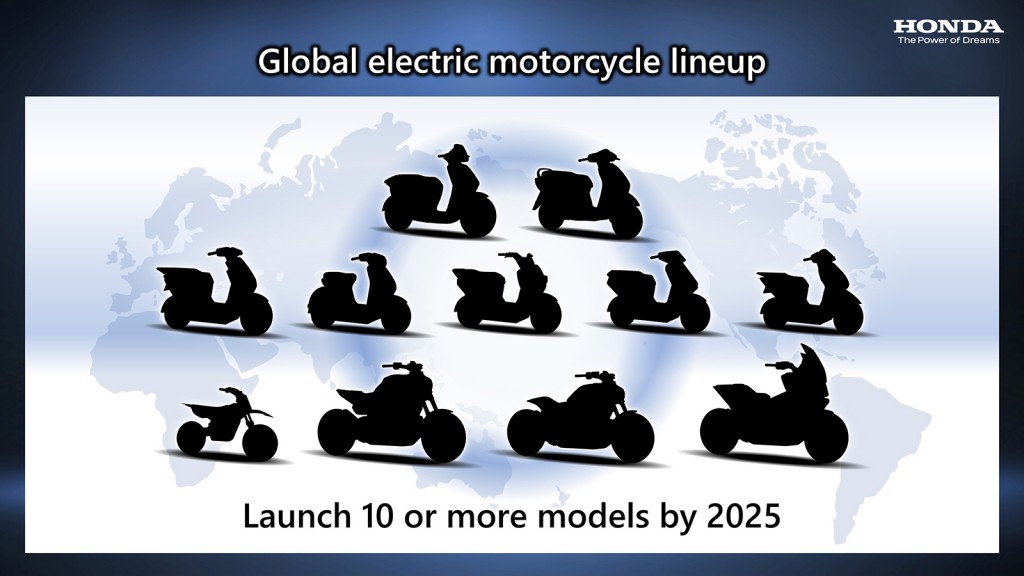 The electric motorbikes are just one part of Honda's electrification ambitions, which include a range of electric cars – and also robots and eVTOL craft.

Here’s what Honda is planning to launch.

Honda already offers a range of business-use electric bikes, which will build on the success of the Honda e: Business Bike series. That includes delivery bikes developed for Japan Post and Vietnam Post, including the Benly e that will launch in Thailand before the end of the year.

Honda also says that it will launch two commuter EV models – which means they will have a top speed of more than 31mph – across Asia, Europe and Japan between 2024 and 2025. The machine will be designed “for personal use”, and will offer “unique added-value to accommodate the needs of the respective market”.

While Honda has developed its swappable batteries, it believes that technology is best-suited for business use. In anticipation of new technology, it says that it is investigating “a range of future personal-use models”, which will include “ones equipped with a power source besides swappable batteries”.

But Honda believes that demand for such machines, which are generally used for short urban commutes, is set to rise locally, and as a result is planning five new “compact and affordable” machines that will launch in Europe, Asia and Japan by 2024.

Three ‘fun’ EVs (and a fourth for kids)

Honda says that it is “actively developing” full-size electric motorbikes that will use its new FUN EV platform that is currently in development. Honda hasn’t actually said what FUN stands for in the new platform – but we presume it’s a reverse-engineered acronym designed to suggest the intended use for the three machines. 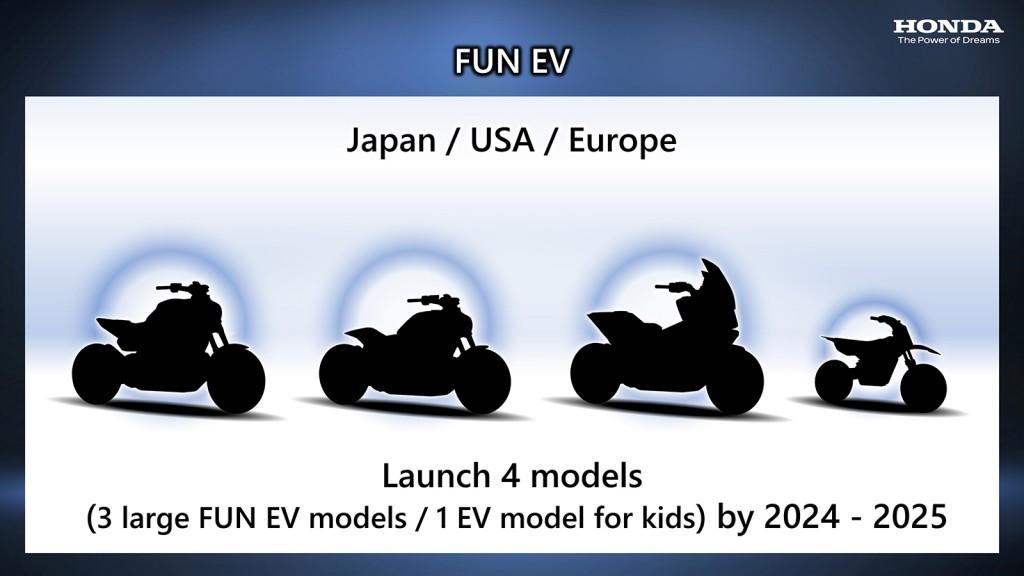 The firm did say that it “will actively develop electrified mid- and large-size sports bikes in the FUN category”.

And don’t think you’ll miss out if you’re too young to start riding: Honda has also promised a Kids Fun EV model for young riders.

The challenge of batteries and charging

While Honda is committed to electric motorbikes, it says that the issues of batteries and charging infrastructure need to be addressed to realise widespread adoption. In response the firm says it will “make active use of all of its resources” to ensure stable battery procurement.

The firm added that solid-state batteries, currently under development for cars, will be a “valid option” for e-motorbikes, and says it will aim to equip future models with all-solid state batteries.

To tackle charging infrastructure, Honda is investing in developing its mobile power pack and battery sharing businesses, including partnering up with other firms in both Indonesia and Japan to launch battery swap services.

Honda is working with battery consortiums in Europe and Japan with the goal of standardising battery swap systems – which could make it dramatically easier to scale up the concept.