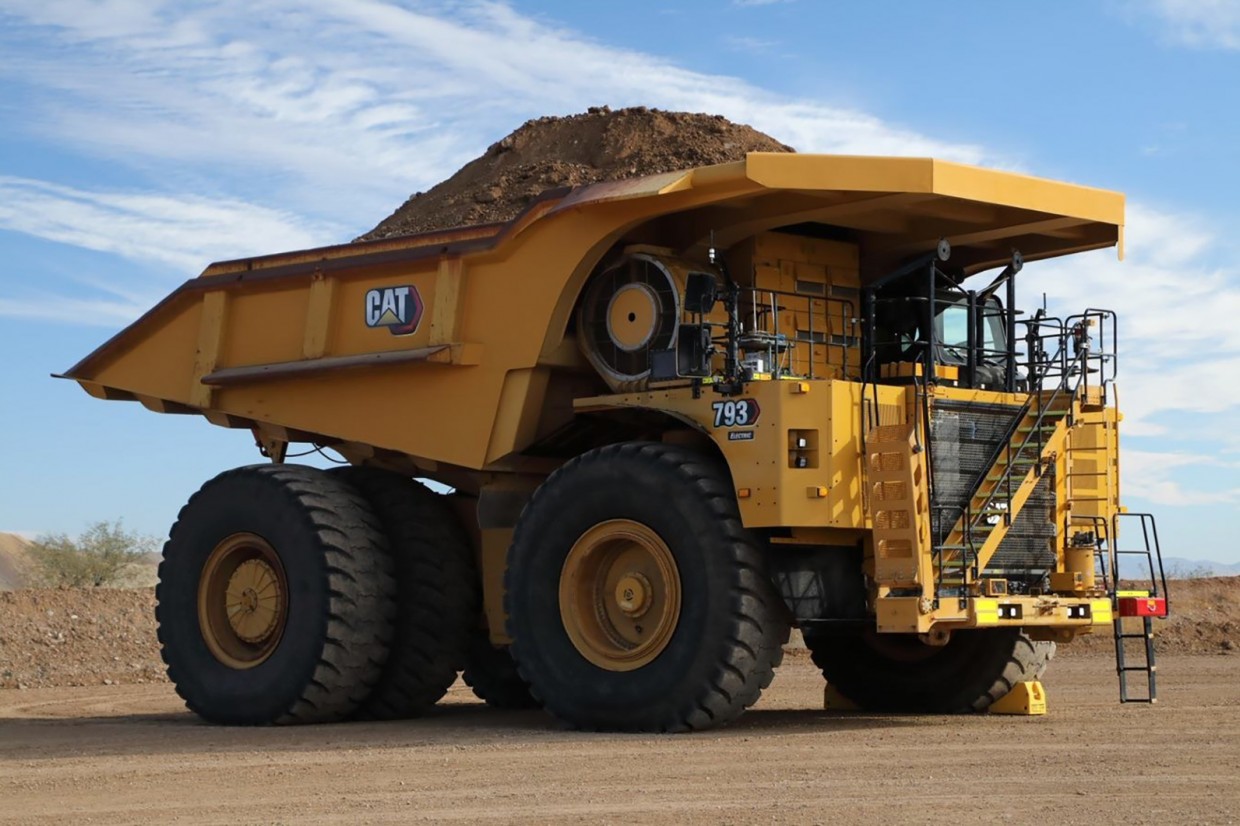 Behold the new Caterpillar 793 prototype, which could well be literally the biggest electric vehicle launch of the year. Yes, it’s a massive battery-powered mining truck.

The behemoth has been unveiled by the American construction vehicle firm at its Arizona proving ground, which Caterpillar is also transforming into a test bed for a sustainable ‘mine of the future’ that is powered by renewable energy. Now, clearly you can have some debate about how whether the merits of sustainable mining, but at least an electric mining truck would replace one powered by a ludicrously big Diesel engine.

A massive haul of e-mobility news in your inbox: it's the FREE Move Electric newsletter

The battery electric 793 prototype was demonstrated in front of members of Caterpillar’s Early Learner scheme, which was designed to help some of the firm’s customers accelerate the use of electric vehicles at their sites.

The new machine is effectively an electric version of the existing Caterpillar 793F, which is available in various forms and in standard version is powered by a quad turbocharged diesel engine that produces 1976kW (2650bhp). Which is enough to, quite literally, make a lot of earth move. 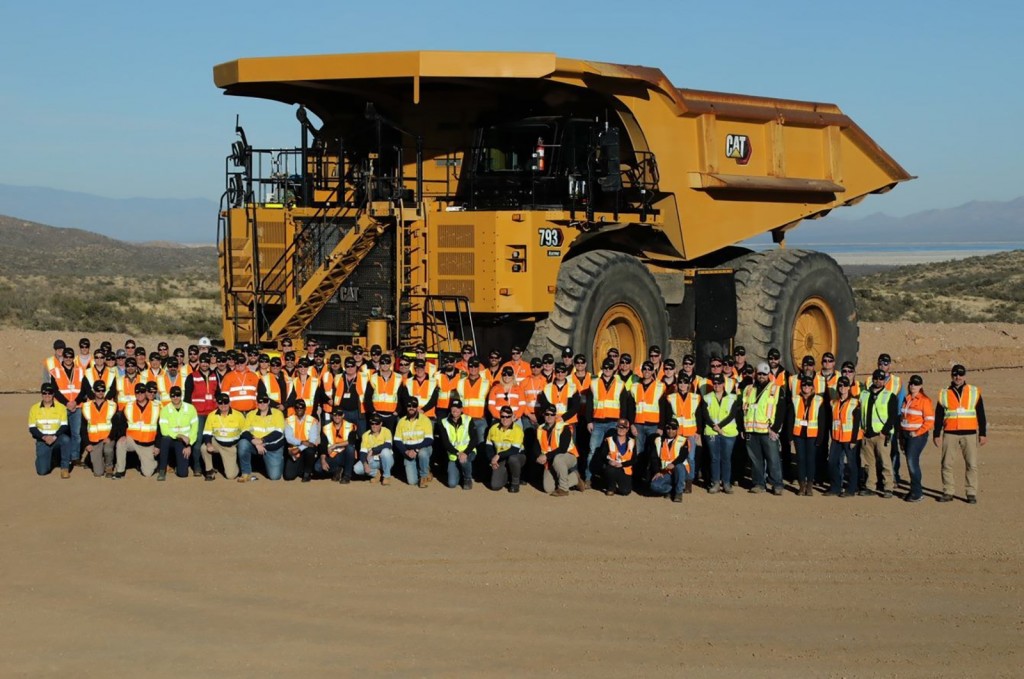 Caterpillar has been working on electric motors for years (all that torque is useful for heavy duty vehicles) but hasn’t given many firm technical details of the prototype battery electric version of the 793f yet. Still, it did give a glimpse of its performance with a demonstration run on a 4.3-mile course at its Arizona base.

The firm claims the machine was fully loaded and achieved a top speed of 37.3mph, and also scaled a 0.62-mile long 10 per cent gradient gill at 7.5mph. It also went back down that hill to showcase the kinetic charging system that captures energy from braking. Caterpillar added that the truck maintained enough battery after the run “to performance additional complete cycles”.

The BEV 793f prototype is just one part of Caterpillar’s sustainability initiative. The firm is working to turn its proving ground in Arizona into a sustainable ‘mine site of the future’, installing a number of renewable energy sources. The idea is that mining firms could ultimately power their big electric vehicles using such power sources.

The initiative includes a big solar power array – a winner in the Arizona desert, that – and the firm is also installing wind and hydrogen power sources. It will also work on developing green hydrogen production along with fuel cell power generation and expanded energy storage systems.