We love electric bikes. They’re brilliant forms of transport that can go just about anywhere – on land, that is. Because, fairly obviously, you can’t ride an e-bike on water, can you? That would be daft. Except... well, say hello to the Manta5 Hydrofoiler SL3.

The new machine is the second-generation of hydrofoil bike that has been developed by New Zealand firm Manta5 following the XE-1 that was first shown in prototype form in 2018, and is designed as an alternative to jetskis and hydrofoils that will appeal to both waterspouts enthusiasts and cyclists.

Now, cast aside any memories of those swan-shaped pedalos you hired in a park when you were younger, because the SL3 is far more capable. While it looks like an unusual mash-up of an exercise bike with some hydrofoil fins, Manta5 says the machine replicates the experience of cycling but on the water, while allowing riders to be “nimble, fast, able to carve, drive and be close to the action”.

Manta5 claims that a new rider can become confident on the SL3 within an hour of riding – but the machine isn’t purely aimed at beginners. Company boss Guy Howard-Willis said that he wanted the SL3 to “go well beyond just being a leisure product – I want it to be a sports product.” He added that his dream is for hydrofoil biking to become an Olympic sport.

As with other hydrofoil machines, at rest the SL3’s chassis floats on the surface. But at speed the hydrofoil wings will lift out of the water, reducing resistance and increasing speed. While you can simply pedal the machine, Manta5 says that it takes more than 400 watts of continuous power for the hydrofoil to rise – something most riders will only achieve with the electric assist from the motor. 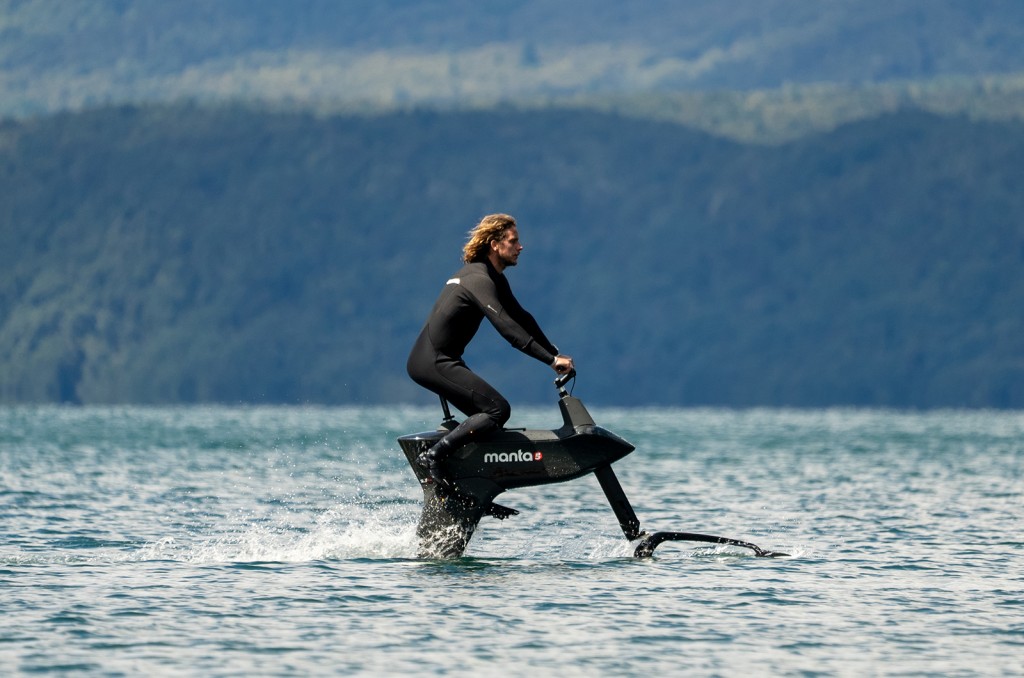 The SL3 features a 2.5kW motor that runs at three speeds: 4mph, 7mph and 11mph. There are 10 levels of pedal assistance depending on how much effort you want to put in. It’s offered with a choice of 600Wh or 1000Wh batteries, with the largest offering around 4.5 hours of ride time. It takes five hours to fully charge the 1000Wh battery.

Offered in SL3, SL3+ and SL3 Pro guises, the machine is also designed so it can be quickly disassembled into five sections, allowing it to be transported in a car boot. It has also been designed to be long-lasting with a focus on hire operators, using carbon fibre and aluminium elements that can be easily cleaned, and with all the drivetrain and gearbox components sealed.

The SL3 is due to go on sale early next year. Pricing has not been set yet, but the XE-1 retails for around £8100. 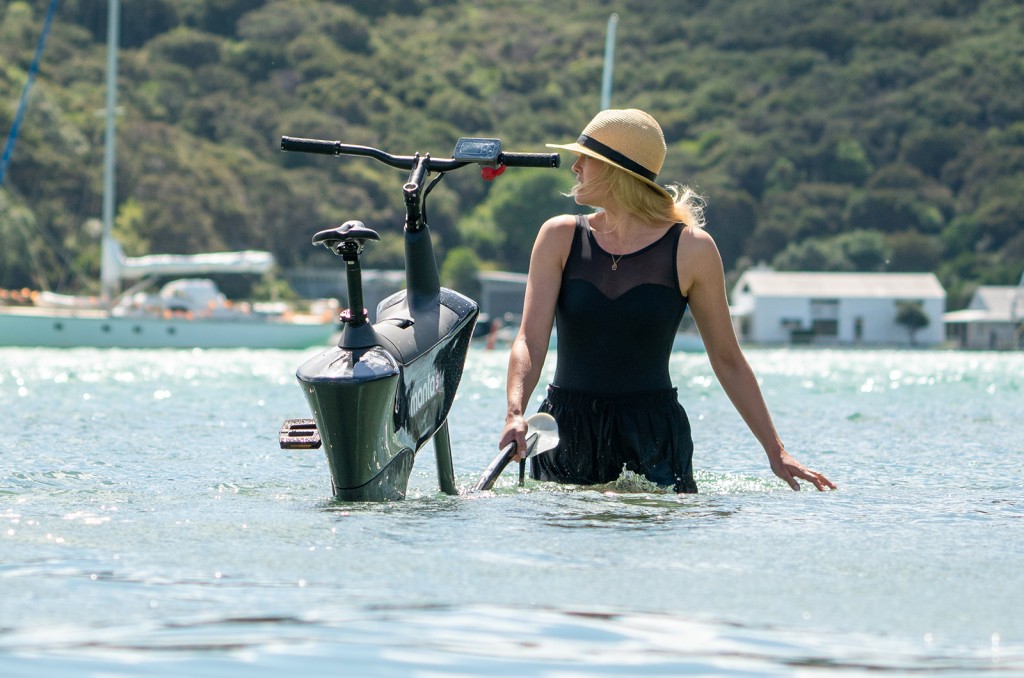