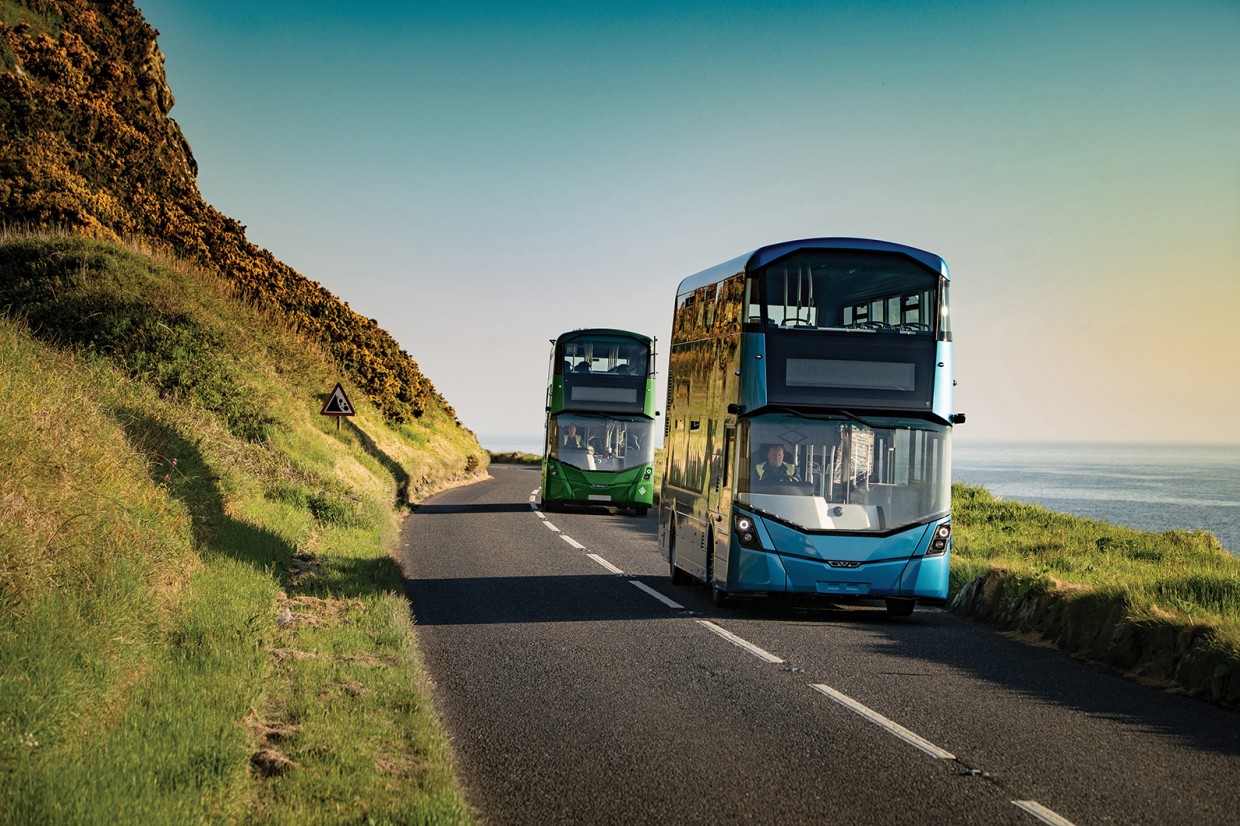 The Irish National Transport Authority (NTA) has placed an order for 120 battery-electric double decker buses from Northern Irish-based firm Wrightbus – and the deal could be expanded to include a total of 800 machines.

The 120 Streetdeck Electroliner BEVs will be assembled at the Wrightbus facility in Ballymena, Northern Ireland, and will be the first battery electric double-deckers to be added to Ireland’s national bus fleet. The framework agreement for 800 buses over the next five years would represent the largest single bus order in the history of the State.

At present, 100 of the buses will be used within the Dublin Metropolitan Area, with the remaining 20 used in Limerick. The first buses are expected to enter passenger service in 2023, and will be finished in Transport for Ireland’s green, white and yellow colours.

The Electroliner bus is designed to house either a 340kWh or 454kWh battery, which offers a range of up to 200 miles. The battery can be charged at up to 150kW. It offers seating for up to 65 passengers and a total capacity of 96, a permanent wheelchair space and a dedicated pushchair area, USB charging sockets and complimentary Wi-Fi.

The Irish government has made several commitments to decarbonising public transport as part of its 2021 National Development Plan, including fully electrifying double-deck bus fleets in Dublin, Cork, Waterford, Limerick and Galway by 2035.

Eamon Ryan, Ireland’s Minister for Transport, said: “We know that decarbonising transport is imperative, as part of our effort to tackle climate change. Public transport because it is shared mobility is already a far more sustainable and economical way of getting around, particularly compared to a private car that runs on fossil fuel, and the battery-electric buses that we are now ordering, will accelerate the transition to a zero-emission fleet.”

Wrightbus boss Neil Collins said the deal “shows our ambition to be at the forefront of the zero emission drive in cities, towns and rural areas across the world.”