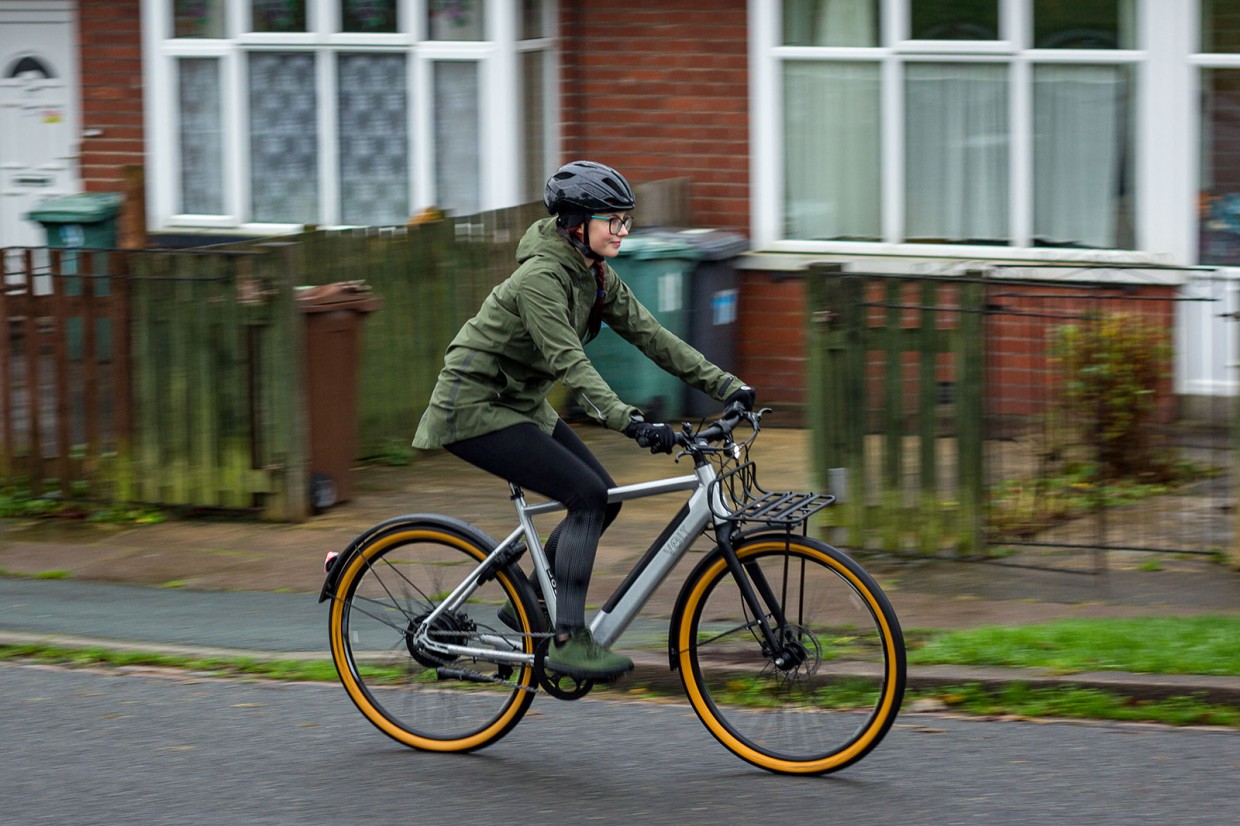 What is it?
The Volt London is a flat-bar e-bike with a rear hub-driven motor. It's designed for the urban environment but is such a joy to ride it would make a great leisure bike as well. It's powered by a Spintech with Bafang 250W motor and has a single-speed drivetrain making it lower maintenance as well as simple to ride. 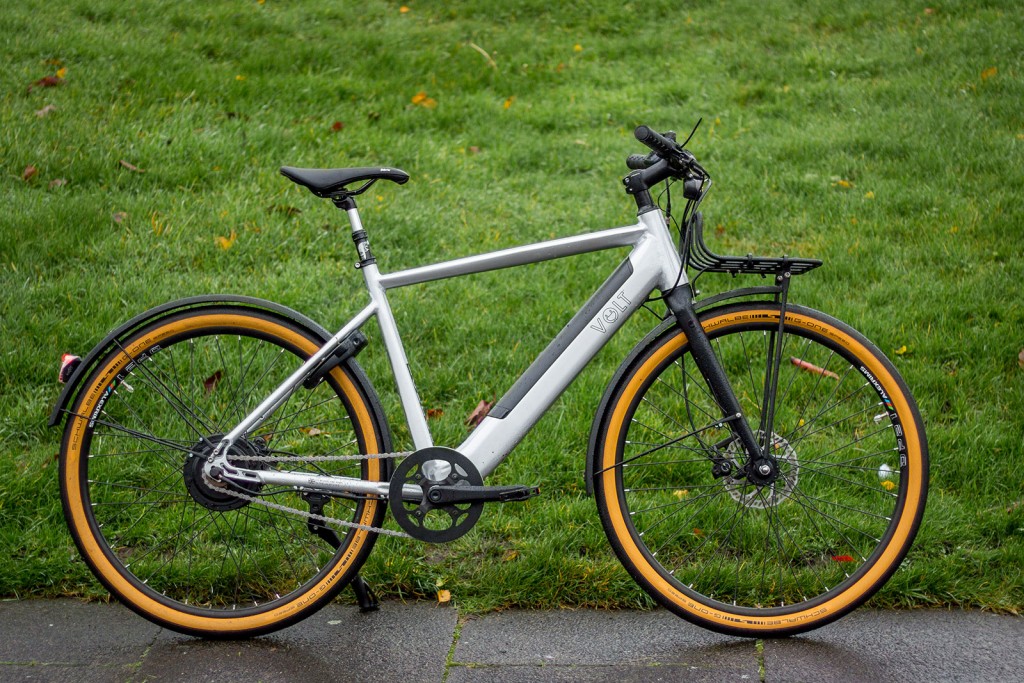 What is it like?
Occasionally I ride a couple of similar-looking e-bikes in a row and become a little bit disillusioned by the style or ride. However, the Volt London might look quite simple, but it rides really nicely and is great for the urban environment at a fantastic price.

Its competition is bikes like the Ribble Hybrid AL e, which is similarly priced but comes with a rear rack rather than a front, and a SRAM drivetrain. Elsewhere, you could spend a couple of grand more for a mid-drive FAZUA-powered Canyon Roadlite:ON, but if you're after something more budget-friendly and to just get you about on, I'd be wary of recommending something much more expensive. 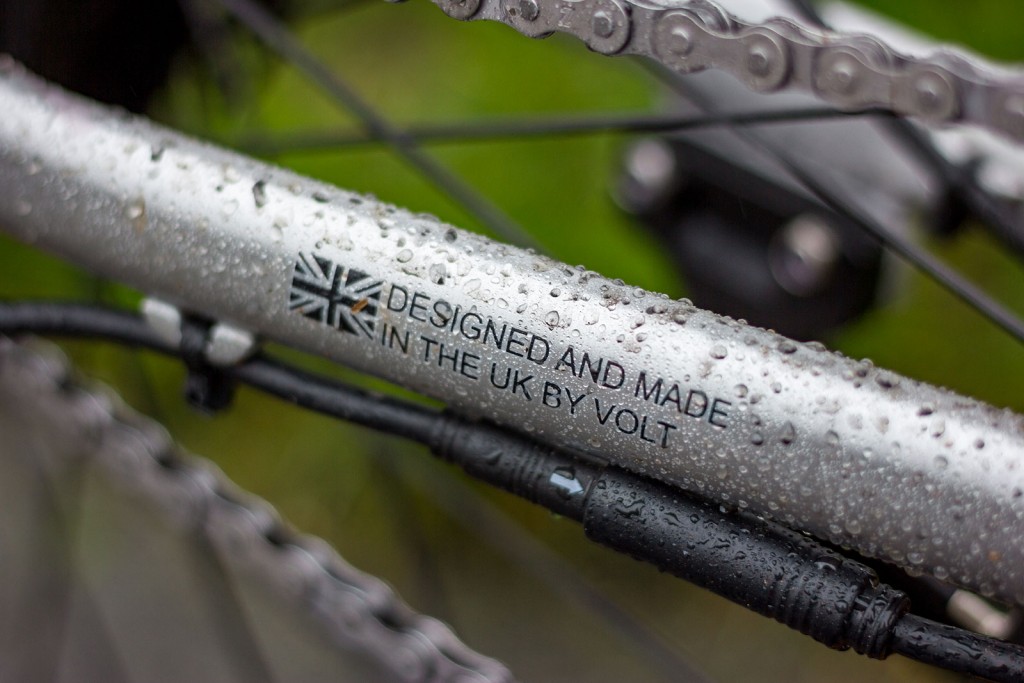 I'll admit I was a bit wary of the Spintech with Bafang motor after riding the Volt Burlington and not finding it the smoothest, but it worked well in this frame. Even on steep hills, the highest assist setting tackled them with ease – the occasional standing out of the saddle required, but the motor took much of the strain.

It does make a little bit of noise when you're in the higher assist levels, but it's not as loud as some other hub-driven motors. Speaking of hills, I was surprised that as a single-speed I didn't really feel like I was missing out by not having any other gears. I really enjoyed the simplicity of this bike, it's intuitive and easy to ride, and in that sense, a great bike for e-bike beginners. 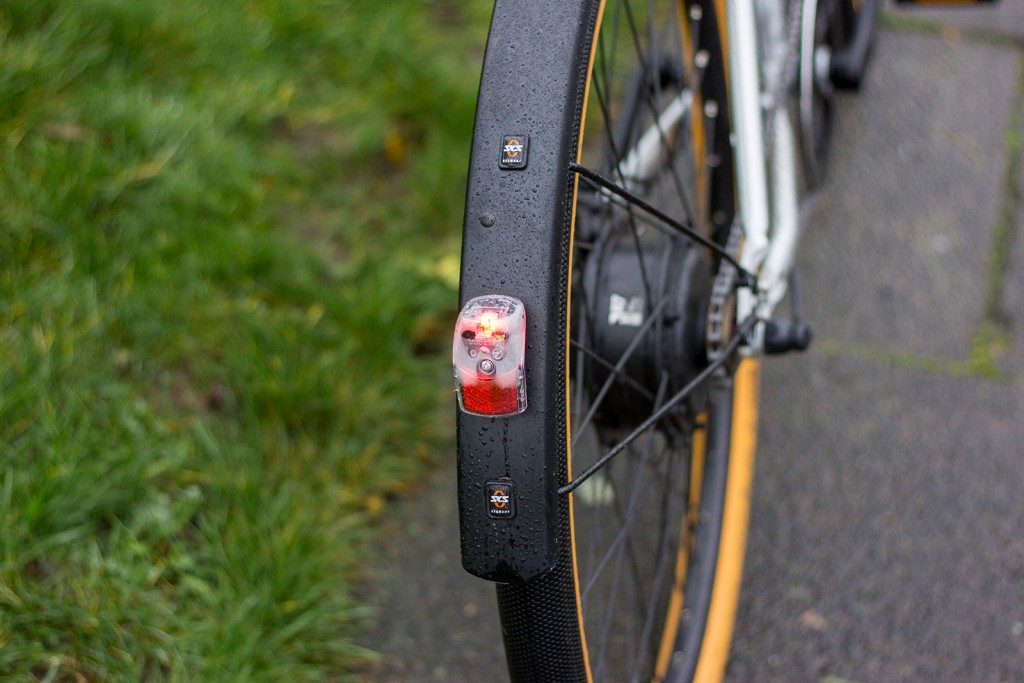 The ride quality was really good. It's not the lightest e-bike at 22.1kg, so lugging it up and down stairs isn't ideal, but it doesn't ride like it's heavy. Its handling is pretty nice and sharp without being overly agile. I felt that the bars were a good width – just narrow enough to be comfortable squeezing through traffic, but not so narrow the handling gets twitchy.

In terms of mileage range, Volt suggests anything up to 70 miles on low assist and favourable conditions. I'd say that's potentially doable, as I rode 20 miles before the halfway mark on the battery level. However, rather than doing long rides on the bike, a recent canine addition to the house has mandated shorter rides – which,  are more like what the target audience would be riding in cities. It's not often you spend hours on an urban bike (although there is nothing stopping anyone from doing so). 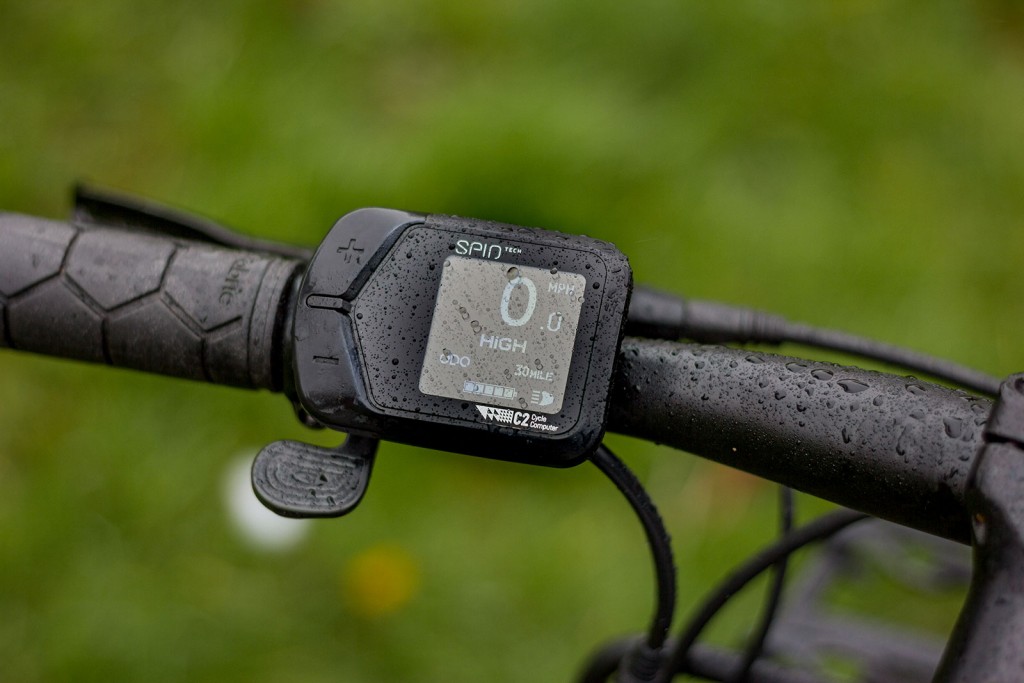 The London is pretty much ready to ride. It comes with Spanninga front and rear lights which are activated on the control unit on the handlebars. This is also where you control your assist levels. Mudguards are pre-installed – something I was very grateful for given the weather, and there’s a bell on the handlebars, too.

The finishing kit is also carefully selected, and I love that Volt has used Fabric products. From the saddle to the bar ends, it’s nice to see products that aren’t the cheapest end of the scale even when the brand is building a bike to a certain price point. Not that you get the feeling that Volt has had to significantly reduce the quality of components anywhere on this bike. They’ve somehow made it work at just over £2k. 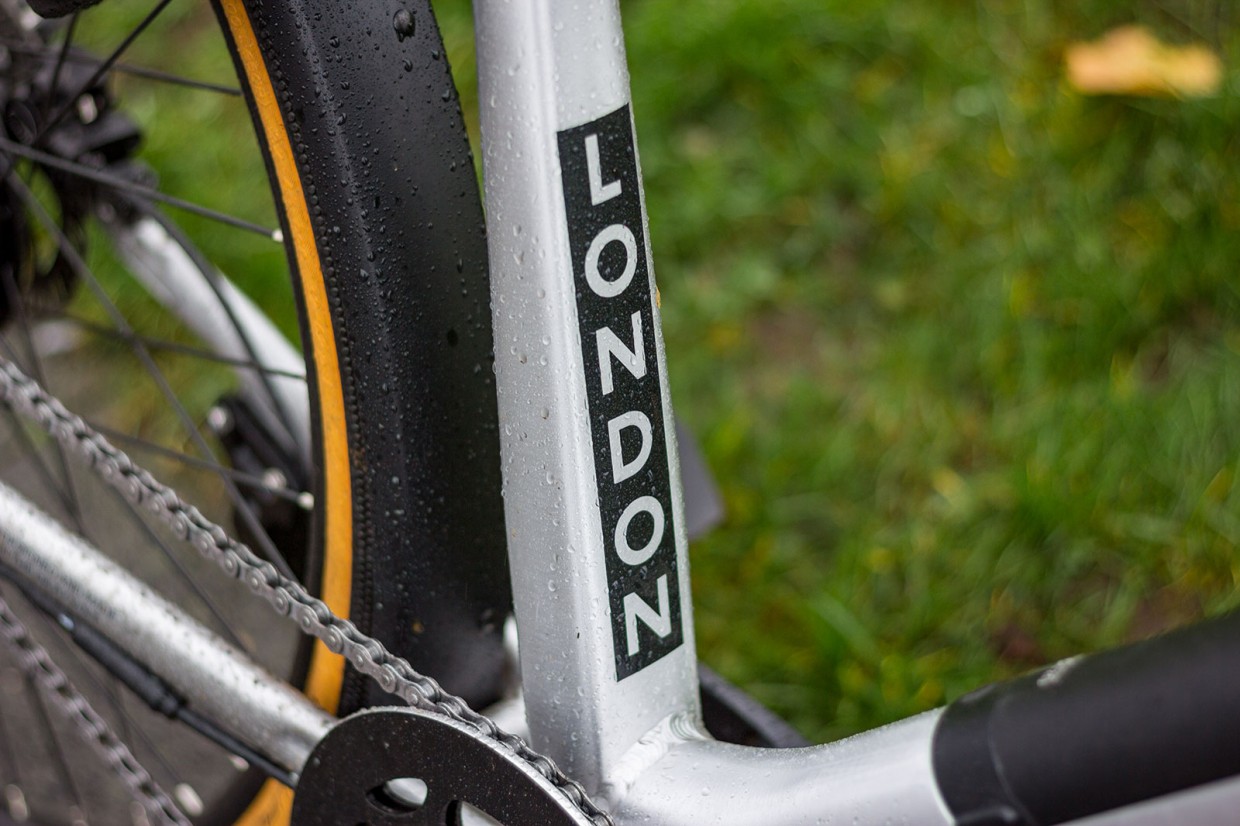 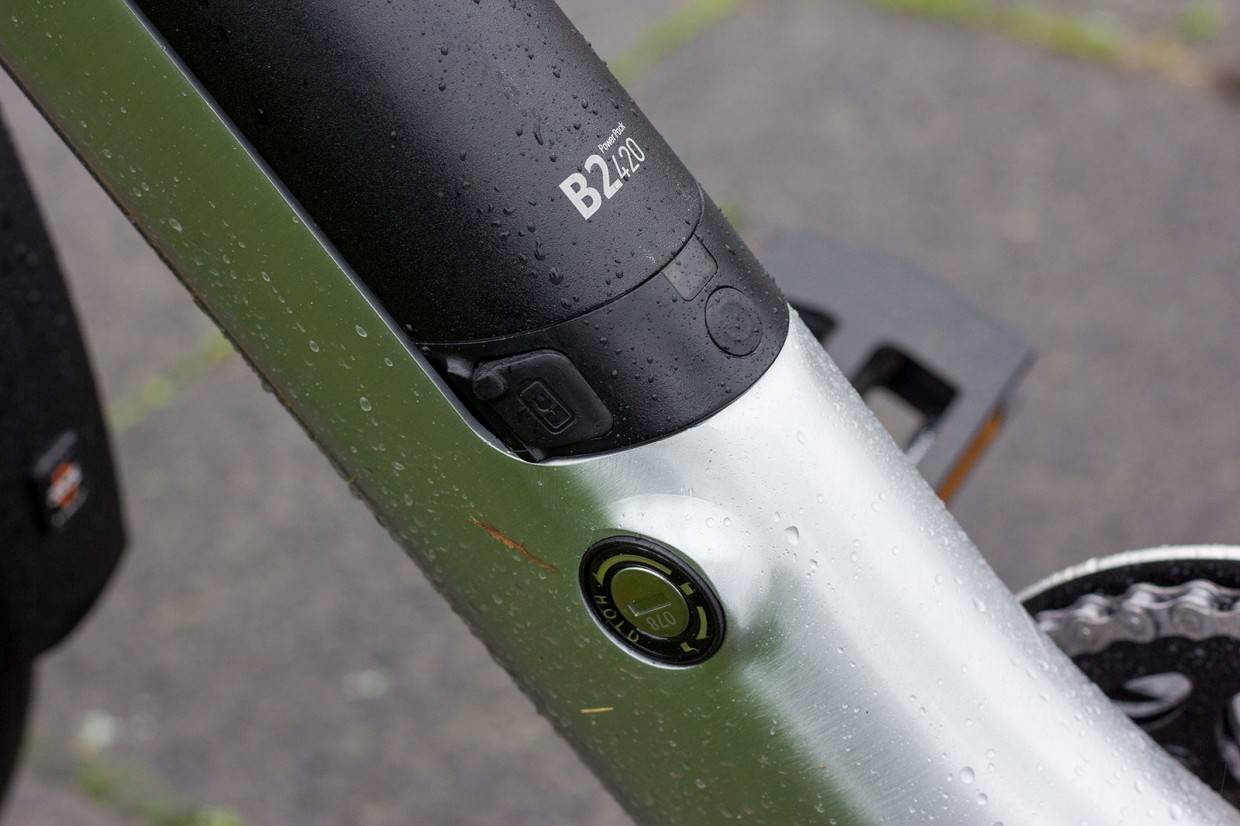 You can also purchase a matching rear rack for £30 if you prefer to use pannier bags than the front rack. This would transform it into more of a utility setup, with a max weight of rider and luggage of 120kg. 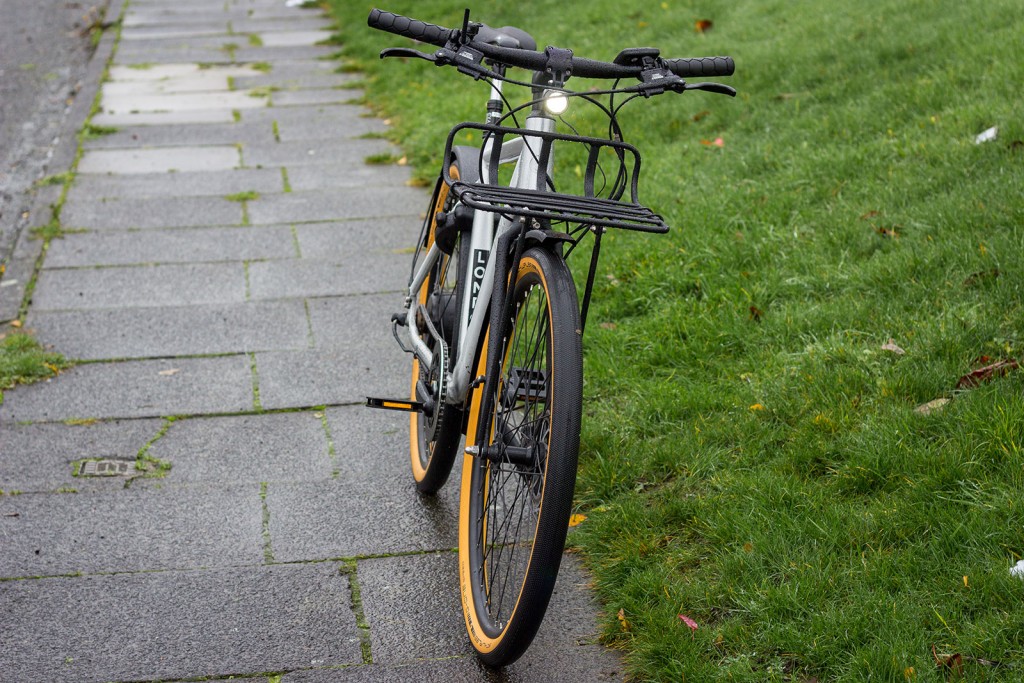 The only main drawback for me about this bike was the lack of frame sizes. I felt a tiny bit outstretched at 5'5" and if I'd done longer rides I suspect I would have felt more so. It undoubtedly makes manufacturing easier, and the frame size is 19" so it's not like it's massive, but I would like to see the option of different sizes.

Nonetheless, the Volt London is still a terrific bike. It's great for zipping about to get to work or running around town. The price is competitive and while you don't get flashy branded cranks or groupsets, you get simplicity and a ready-to-ride machine that will get you to your destination with a smile on your face. 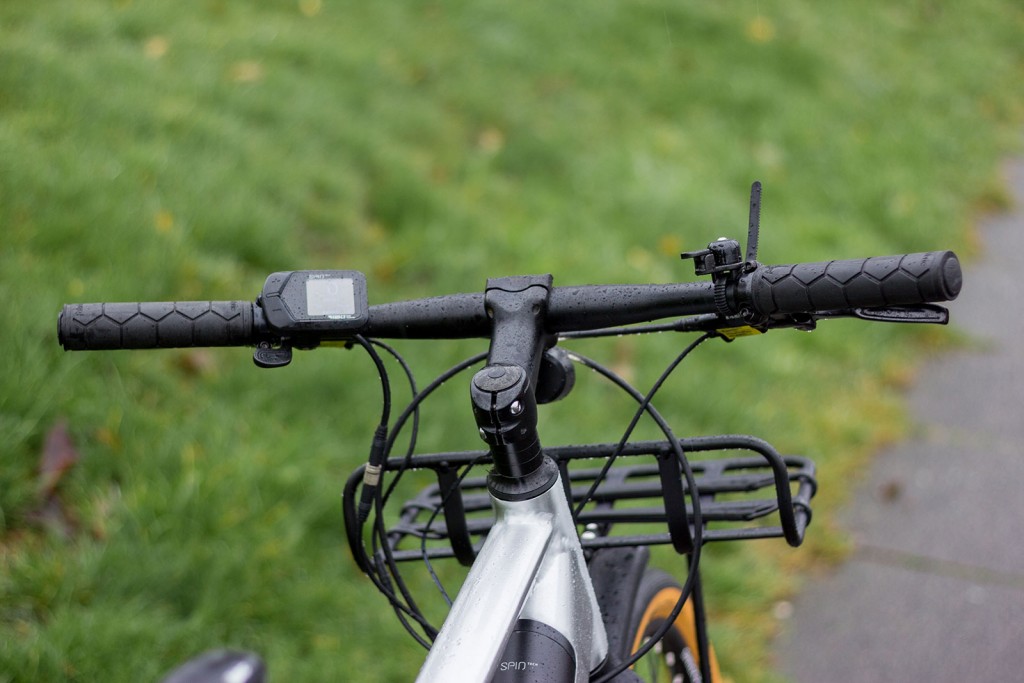 Where can I buy it?
From Volt Bikes directly. You can also book a test ride before purchase.

How does it arrive?
I was lucky enough to avoid unpacking and building the London, as I picked my test bike up from Juiced Up Bikes in Sowerby Bridge – an e-bike rental business in Calderdale that helps people take advantage of the hilly terrain with an assisted bike.

Verdict
The Volt London is an excellent urban bike with stylish features and branded finishing kit. The Spintech with Bafang motor tops it off, and although is noisy under load, it works surprisingly well across flat and hilly terrain. 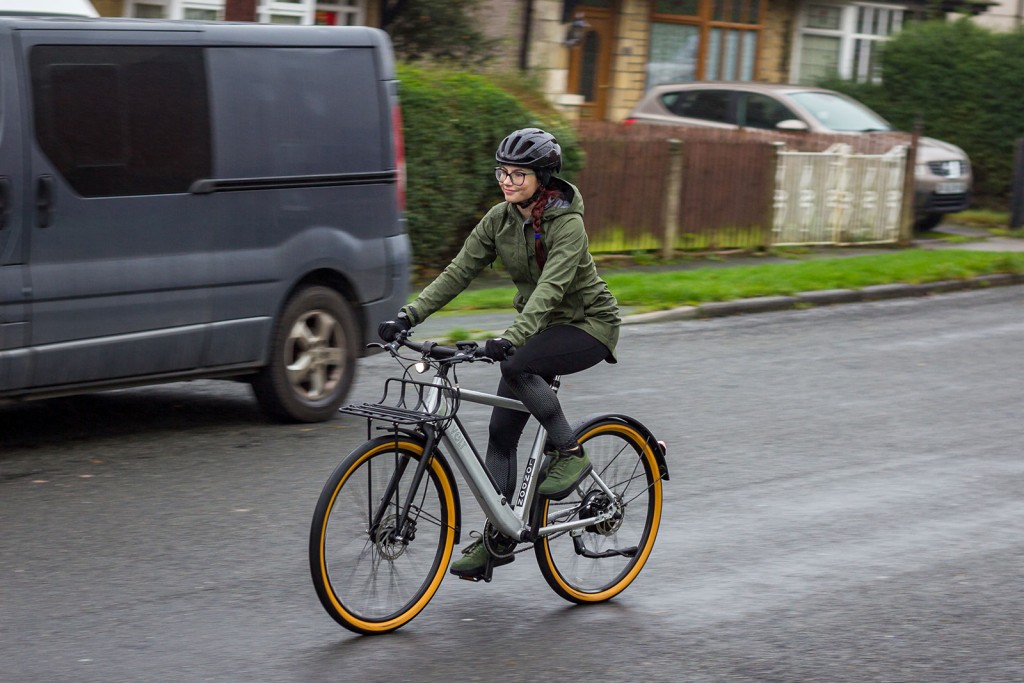 Weight of bike
22.1kg with battery

Mileage range
Up to 70 miles (on low assistance)