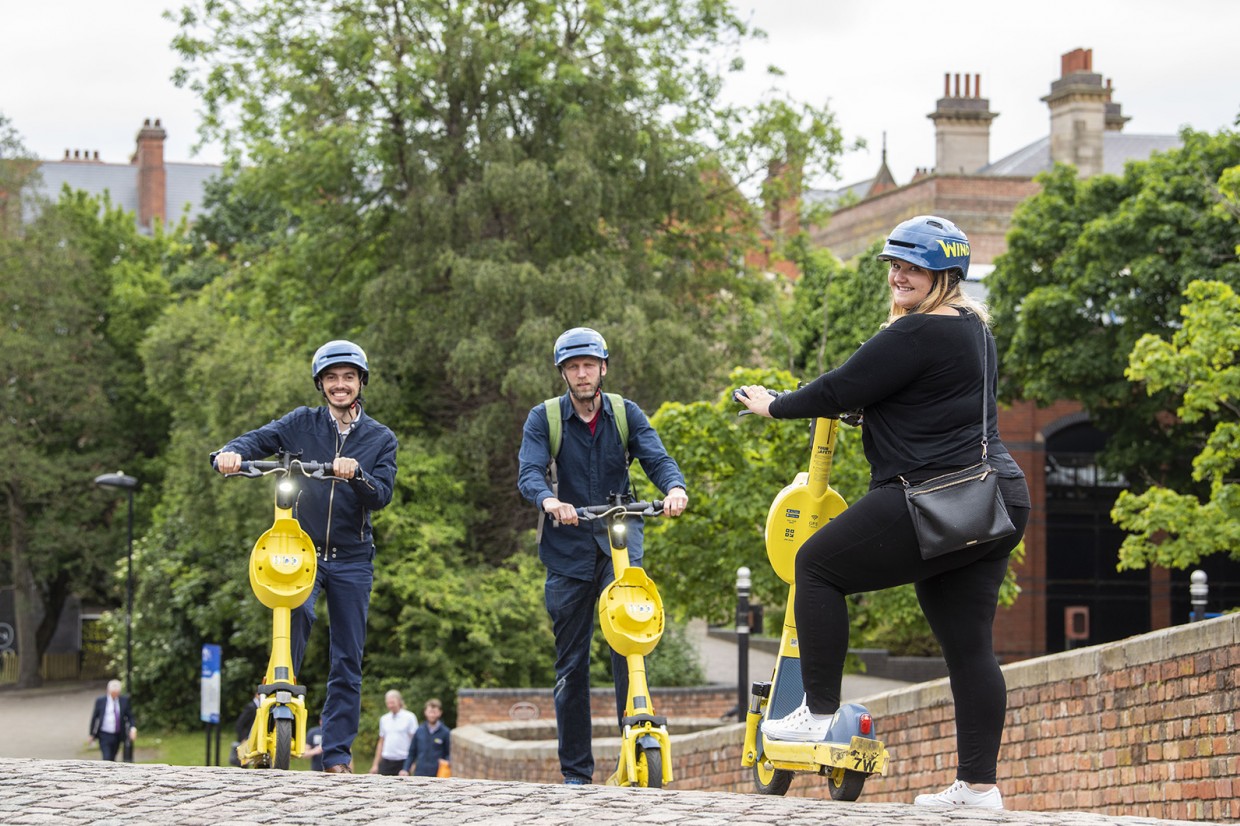 The popular Superpedestrian-run rental e-scooter trial scheme in Nottingham is the latest to be extended until May 2024.

The scheme has been running in the city since Autumn 2020 and has been one of the most successful in the UK, with more than two million rides covering 3.1 million miles having been taken. Around 3500 trips are made each day.

The latest e-scooter news in your inbox: get our FREE newsletter

Nottingham's e-scooters were originally run by Wind, before they were switched for Superpedestrian Link machines last December. The firm rolled out its newest e-scooters in the city in February.

England’s rental e-scooter trials had been due to end at the end of November, but the government recently confirmed it would allow them to be extended until May 2024, in order to ensure they could continue at least until new rules legalising e-scooters had been passed. But it left the final decision on each scheme to the local authority in the relevant region.

Nottingham City Council has now confirmed that it will extend its scheme, with US operator Superpedestrian continuing to run the fleet of 1000 machines across 400 locations. The firm has taken a number of measures over the course of the scheme in response to concerns.

Those measures have included introducing parking racks and marked bays, along with the requirement to upload a photo showing each machine has been parked correctly, and compliance patrols to ensure users aren’t riding on pavements. Superpedestrian operates a ‘three strikes and you’re out’ policy for offenders.

Superpedestrian and Nottingham City Council have agreed to use the extended trial period to push through further measured, including taking steps to encourage more women and older people to try the machines.

Superpedestrian will also continue pilots of its Pedestrian Defence safety technology and further measures to combat pavement riding, and introduce a new subscription scheme that offers monthly discounts. The firm has also pledged to hold more community outreach events and engage with disability groups and community groups when issues arise.

Councillor Audra Wynter, said: “It’s good news that the e-scooter trial will continue to run until spring 2024. We are continuing to learn new things, listen to feedback and make improvements along with our partners at Superpedestrian, to inform a future scheme if e-scooters are rolled out nationwide.”

Superpedestrian policy chief Jean Andrews added: “In the next year of operation, we’ll be bringing more upgraded technology and continuing to educate riders about safe riding and parking. Superpedestrian takes seriously our role in this community as both a transport provider and community partner.”

Nottingham recently confirmed that it will gain a fleet of rental e-bikes next year, with Lime expanding into the city.