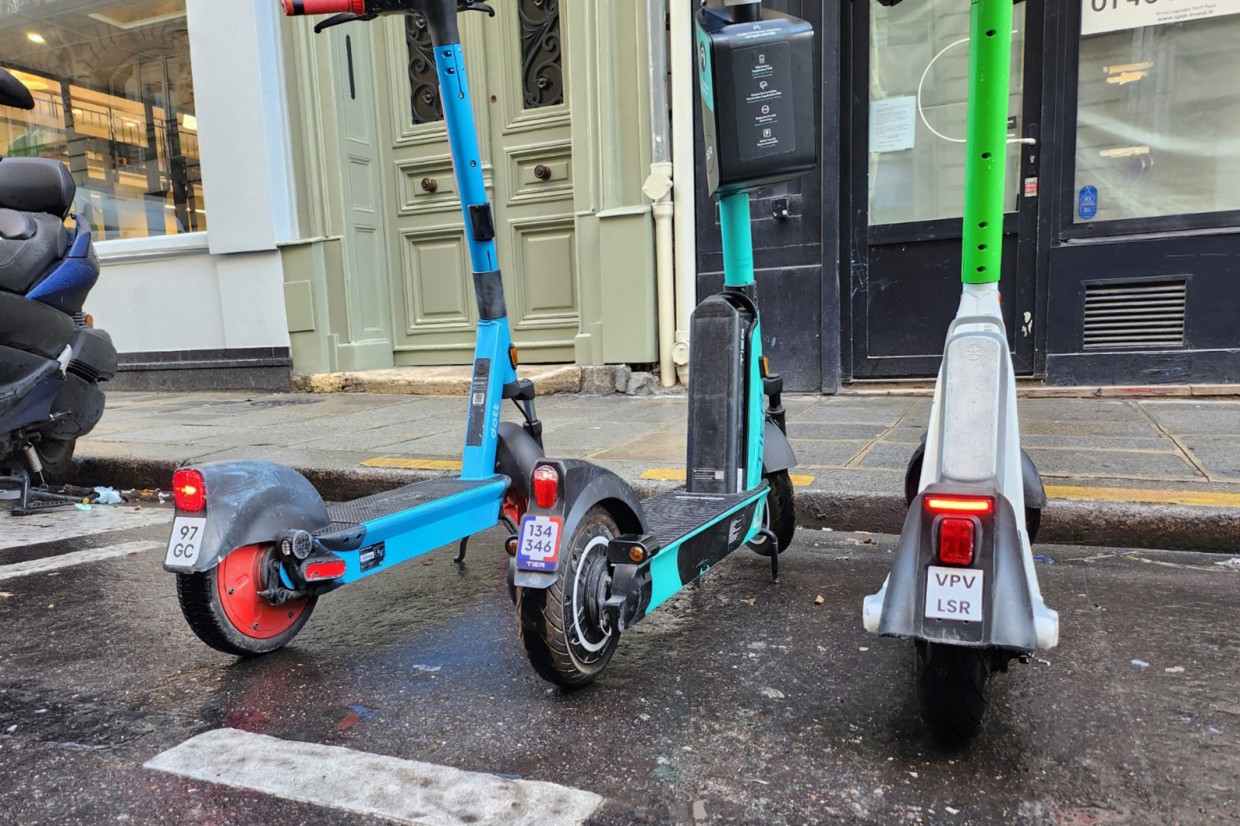 The future of electric scooters in Paris will be decided on by a public referendum, the city's mayor has revealed.

Mayor Anne Hidalgo announced last year that she was considering a ban on the electric mobility machines in the French capital, sparking a long review by city officials. In response, the firms that run rental e-scooter services in Paris – Dott, Lime and Tier – made a number of proposals for stricter controls on their usage.

While there had been recent reports that Mayor Hidalgo was set to introduce a ban, she has now told Le Parisen newspaper that she feels Paris residents should have the final say. A referendum on whether to ban e-scooters will now be held on April 2.

The three firms that operate rental e-scooter schemes in Paris have proposed a series of measures in a bid to secure the future of the machines in the French capital.

The latest e-scooter news in your inbox: get our FREE newsletter

In a meeting last year, MoDem councillor Maud Gatel said e-scooters had left “pedestrians afraid to cross a street or walk along the pavement”.

Paris was one of the first major European cities to allow dockless rental e-scooters back in 2018, but a number of constraints prompted it to introduce tough new controls in 2020. That included only allowing three firms to operate a total of around 15,000 machines in the city and limiting speeds to 20kmh (12.4mph), with 10kmh (6.2mph) limits in certain areas. Geo-tracking is also used to shut down scooters that enter public parks, and to enforce designated parking areas.

But there are still concerns despite those measures, prompting the mayor to reconsider the future of the schemes. Last year, Paris City Hall requested that the three operators make proposals on how to better integrate the machines into the Paris road system.

In response, Dott, Lime and Tier unveiled 11 measures, two of which are already in place: user age verification and vehicle registration plates.

The other measures include banning users who repeatedly violate the highway code, running education campaigns to raise awareness of responsible use, and funding tests on using camera technology to detect violations.

The firms have also committed to testing new detection technology to stop e-scooters being ridden on pavements, and the creation of a micro-mobility observatory to produce independent data on usage and accidents.

They will also increase the fees they pay to Paris in order to fund better infrastructure for e-scooter users, set pricing to encourage users to walk very short trips, and offer financing for the long-term rental of adapted e-scooters for disabled riders.

In a joint statement after their proposals were published last October, Dott boss Henri Moissinac, Lime chief Wayne Ting and Tier head Lawrence Leuschner said: “Shared e-scooters now offer an efficient, highly regulated transport service which is being used by hundreds of thousands of Parisians. We have listened to the requests from the City of Paris and believe that we have provided robust and effective responses. These have been shared with the Paris City Hall and we are waiting on a response. We are already introducing two strong improvements, with vehicle registration plates and user age verification now in place.

“We have no doubt that Paris will maintain its leadership in the fight against pollution and the promotion of sustainable transport. We are not preparing for a ban, which would be a step backwards when other major global capitals are making this type of service permanent.”

Many of the measures the three providers are suggesting for Paris have been tested or are in use in other markets. The three firms also run e-scooter rental schemes in London, which already features designated slow zones, a commitment to stage awareness initiatives and rider verification.