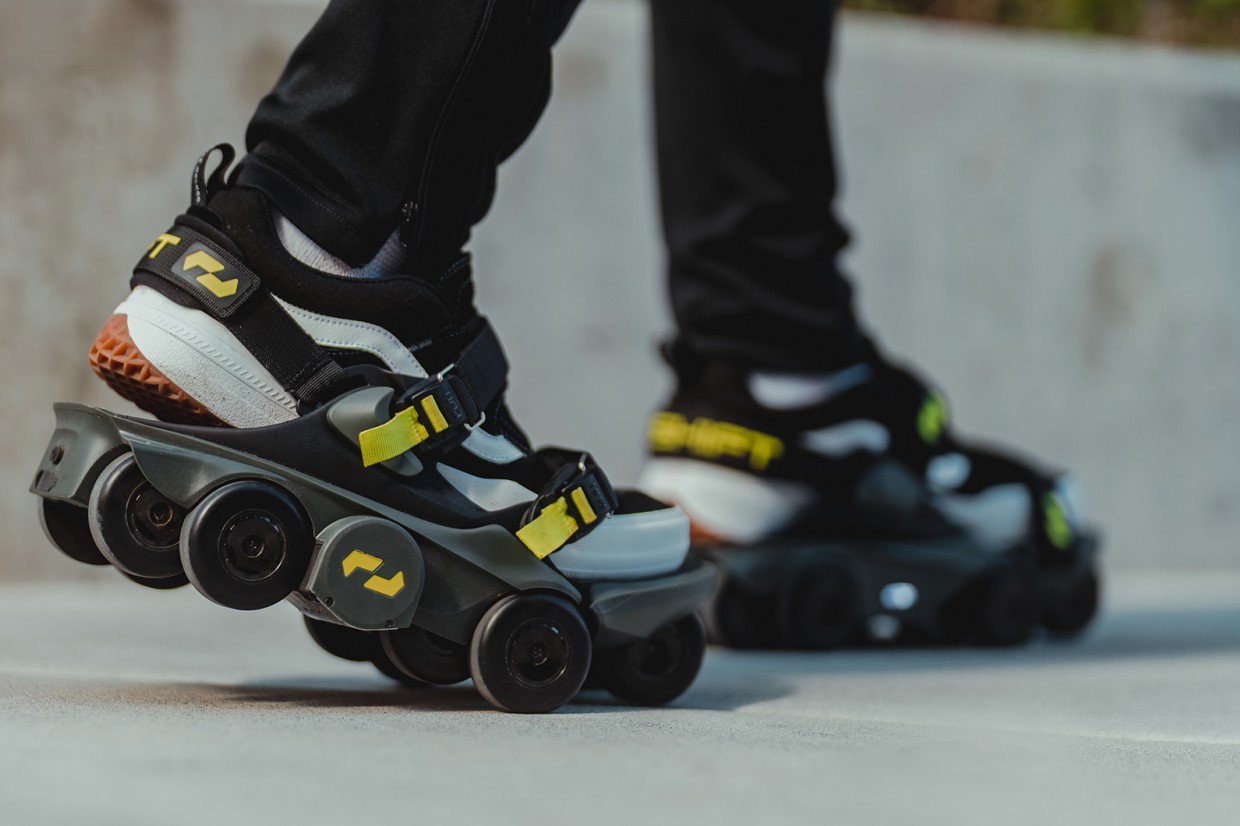 Walking is all very pleasant and relaxing, but it can be a little slow at times. So what if you’re on foot but need to get somewhere in a hurry? You could run, of course, but that involves getting sweaty and hurts a lot. So why not turn to electric power for a bit of help?

Yes, someone has effectively found a way of adding electric boost to walking. That's thanks to a new product called Moonwalkers, which have been developed by tech start-up Shift Robotics.

The latest news from the weird world of e-mobility: get our FREE newsletter

While Moonwalkers might look like very weird roller skates, the firm describes them as an ‘enhanced mobility device’. Essentially they’re designed so you can walk at the speed of a run. In fact, the firm claims a pair can increase your walking speed by 250 per cent. Which is a lot. 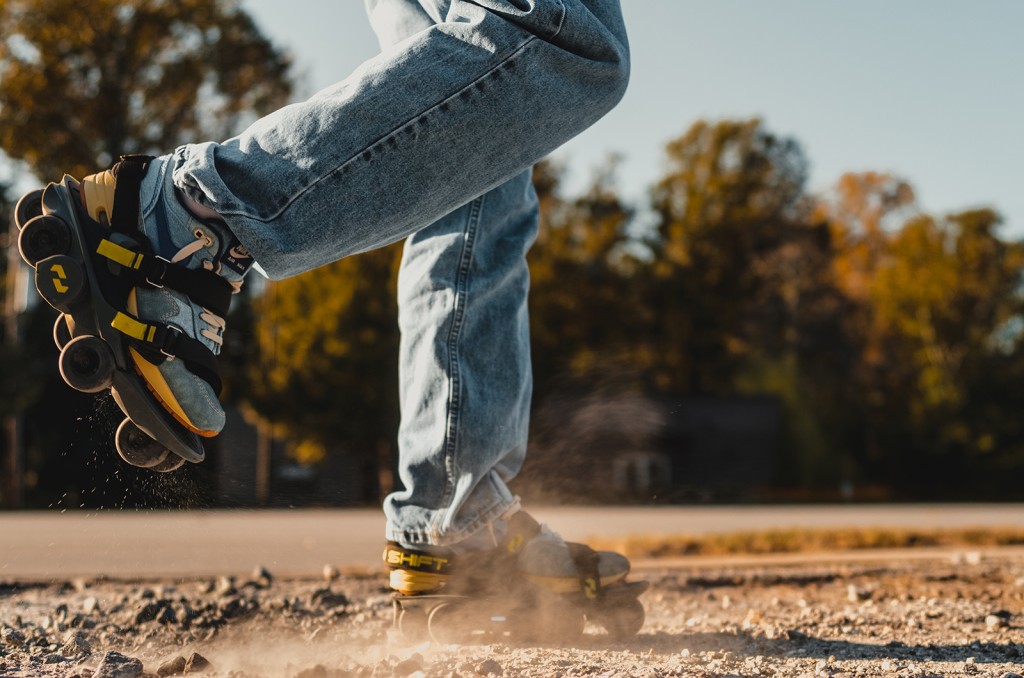 Each Moonwalker features eight polyurethane wheels that are driven by a brushless DC motor. The wheels are positioned so they overlap, which the firm says allows them to behave like larger wheels on uneven terrain. Users essentially walk normally – a hinge system apparently allows you to bend your toes – and the Moonwalkers just get you where you need to go faster. 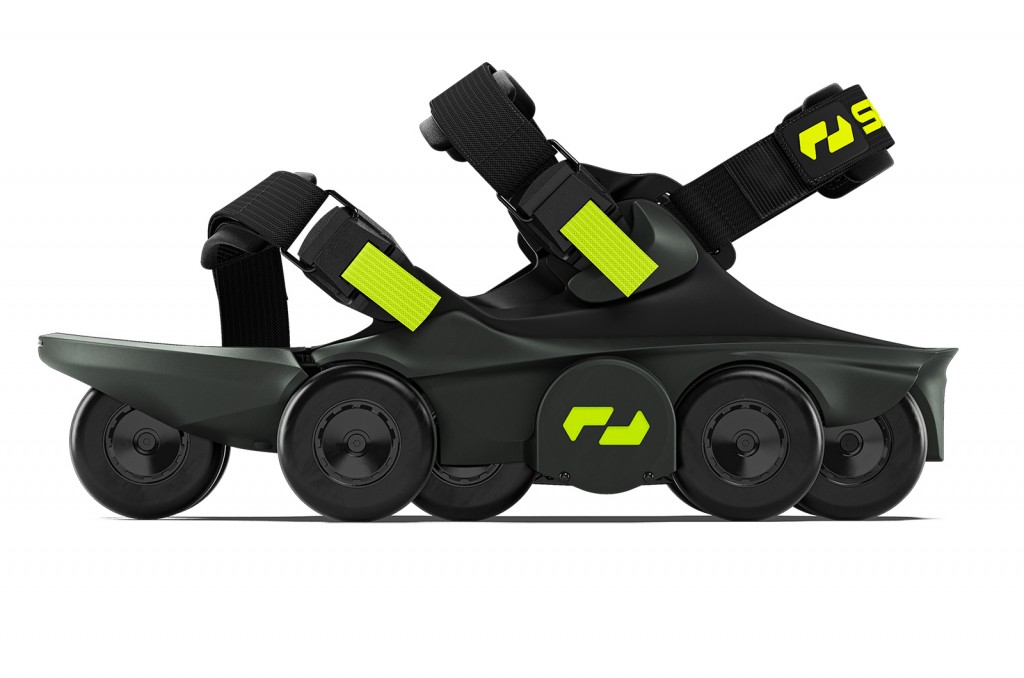 hift says that the key difference between them and roller skates is the AI software that runs they, which uses special algorithms to start and stop in sync with your movements. The wheels don’t freewheel, which the firm says means you can walk up stairs while wearing them. 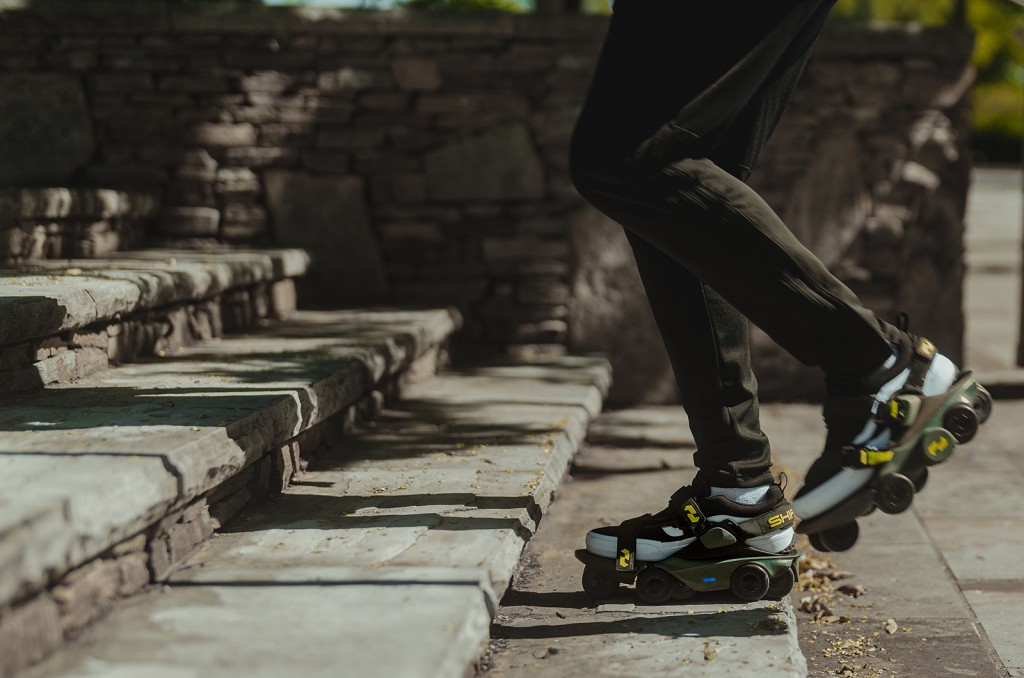 Oh, and because they system reacts to your movements and doesn’t freewheel, Shift says you can go from top speed to stationary in about three feet – roughly the same as if you were jogging. There are also two drive modes – Lock and Shift – which can be activated with foot-based gesture control.

Each pair weighs around 2kg, and offers a top speed of 7mph with a range of around 6.5 miles. Charging is done via a USB-C cable, with a full charge taking around 90 minutes. The firm also claims it has conducted biomechanics testing that shows no joints or muscles are impacted by extended use of Moonwalkers.

Aside from speeding up running errands, Shift suggests the Moonwalkers could be a boon for dog walkers – that may depend on the enthusiasm of your dog, of course – and also makes carrying loads easier. 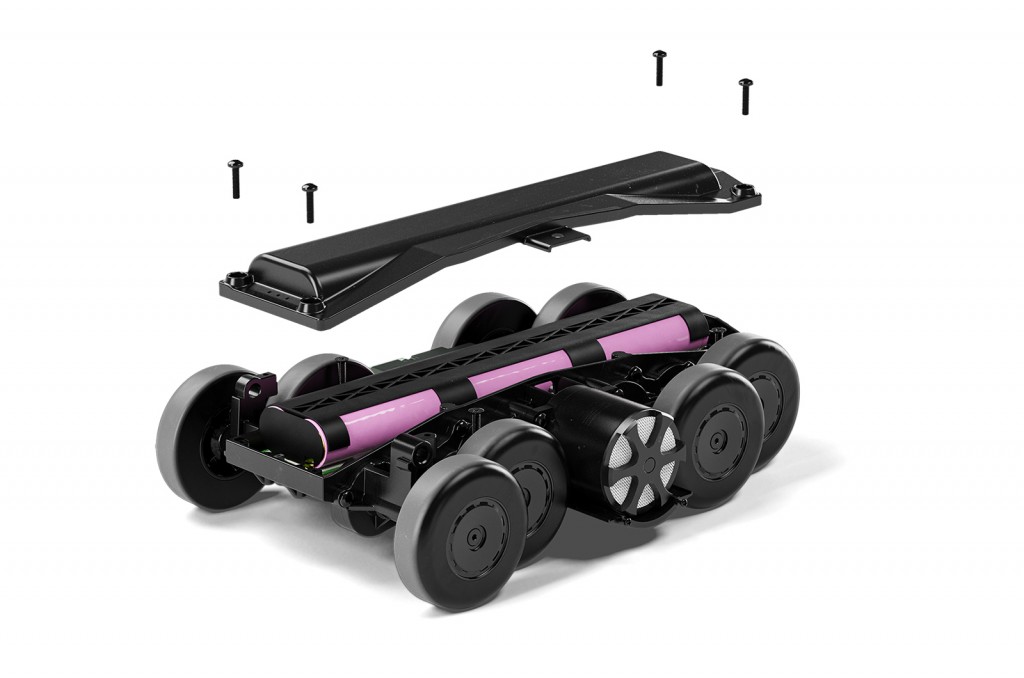 Shift has been working on the Moonwalkers for five years, and after working through nine prototype versions the firm now launched preorders for production units on Kickstart. Prices start from $799 (£700) – but the bad news is that, for now, they’re only being offered in the USA.

Deliveries are due to begin in March next year. Or possibly sooner, if the friendly postman delivering them has a pair of Moonwalkers on…