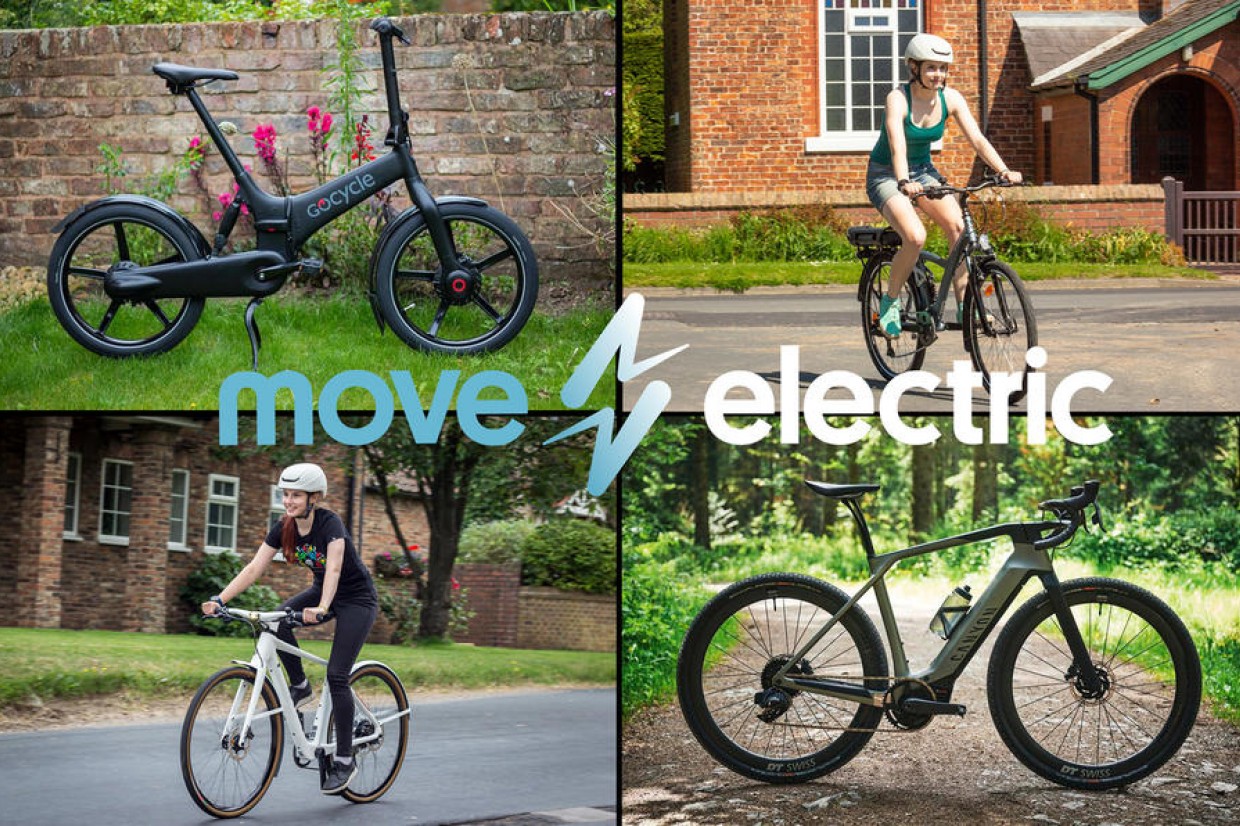 There is no denying that electric bicycles are becoming more prominent in the UK, with sales figures more than doubling since the beginning of 2020. Whether it’s for the school run or the commute, they’re a fantastic tool to get people moving and for replacing journeys they might otherwise make in a car.

There are plenty of types of e-bikes on the market. Think of a cycling discipline and there is an electric variation available for you to buy (although perhaps not literally, with the current supply chain issues). But how do you know which bike is right for you and your needs? 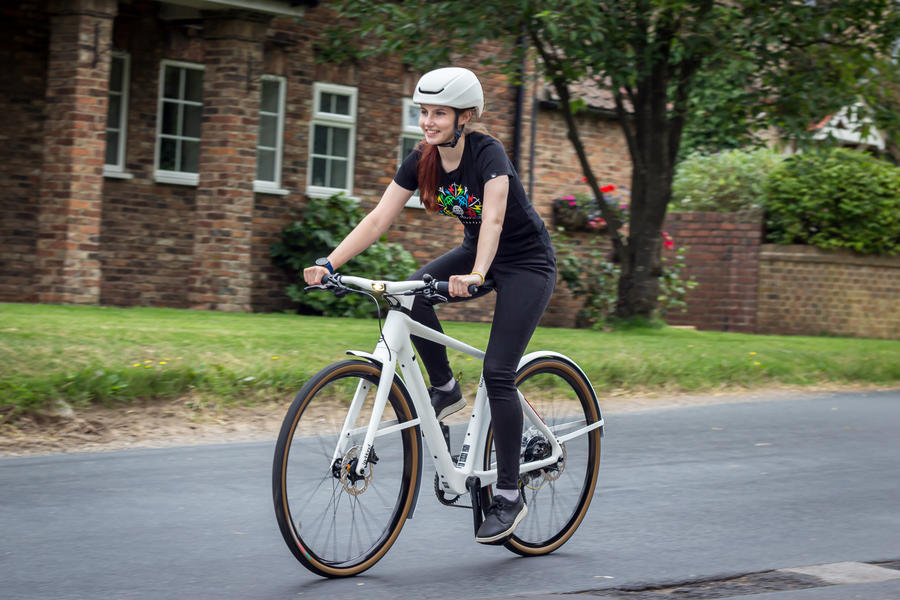 What is an electric bike?

An electric bike or a 'pedelec' is a bicycle that uses a motor to assist in the forward propulsion of said bike and rider. A small battery-powered motor provides a boost while you pedal. In the UK, electric bikes are limited to a maximum power output of 250W or in assisting up to a speed of 15.5mph, whichever you hit sooner. They’re also unable to provide power unless you are pedalling. In other words, they can’t use a throttle in the same way as a moped. But other than the addition of the motor and battery systems, they operate much like an unassisted bicycle. You can expect a range of between 25 and 70 miles on one charge, depending on the bike and battery. Each usually comes with different assist settings – for example, Eco mode, which uses a smaller percentage of the total motor output to save the battery. However, each bike is different, so it's advisable to check the manual before operating it on the road.  There are two main types of motor on an e-bike: mid-drive and hub drive. A hub drive motor sits in the hub of the wheel, and a mid-drive is positioned between the cranks. Each has its benefits and disadvantages, but the technology has progressed to a point where either will work sufficiently for most riding. 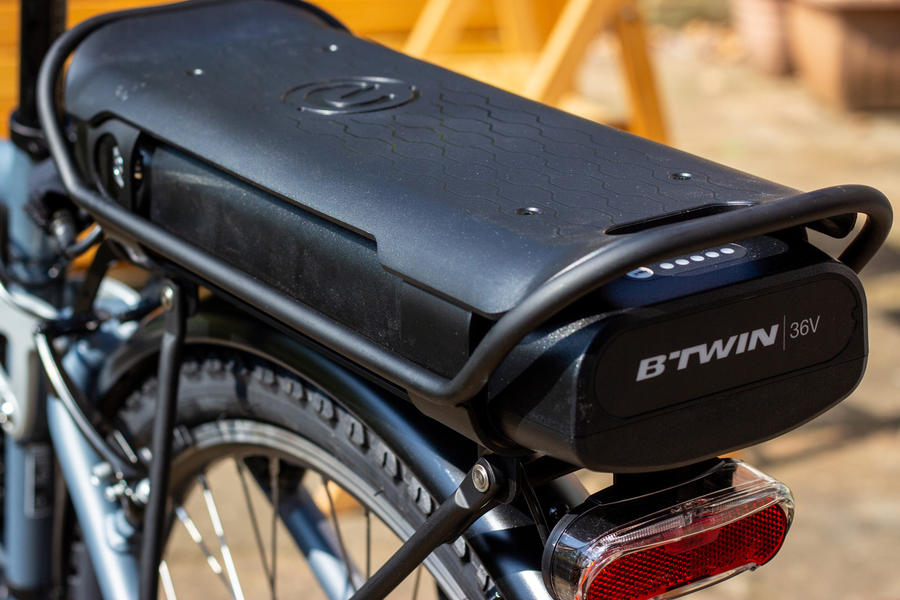 Why use an electric bike?

Contrary to what some may believe, using an e-bike isn’t cheating. These motor-assisted bikes open many avenues for people who otherwise might not be able to cycle. Thus, they create the potential for a reduction in car use and, longer term, lessening the burden on the NHS as more people are active.

Essentially, they're brilliant tools for a wide variety of people. They make commutes easier and less sweaty to some degree, and they make short trips manageable without a car. Not only this, but they're incredibly fun to ride. The moment the motor assist kicks in is comparable with that of the first time you freewheeled your bike down a hill as a child - a feeling most recall with immense happiness! 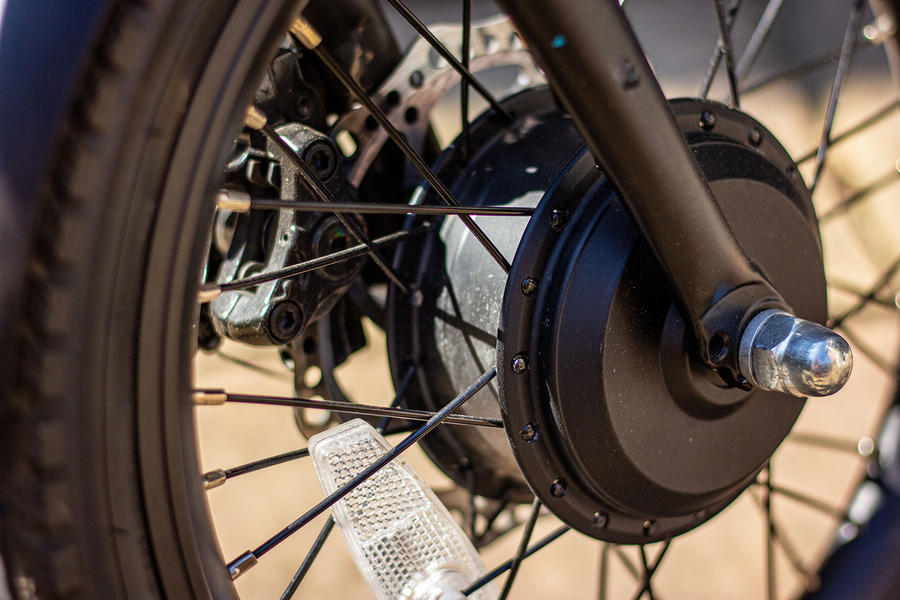 City bikes offer a more upright riding experience that complements itself to the urban environment. Often available in step-through or step-over frame designs, they are also frequently called 'Dutch' bikes. They're designed for shorter urban journeys and often provide a chain cover so you can wear regular clothes without worrying about oil and dirt transferring itself from the chain. They usually come with a smaller selection of gears, so bear that in mind if you live on a mountain.\ 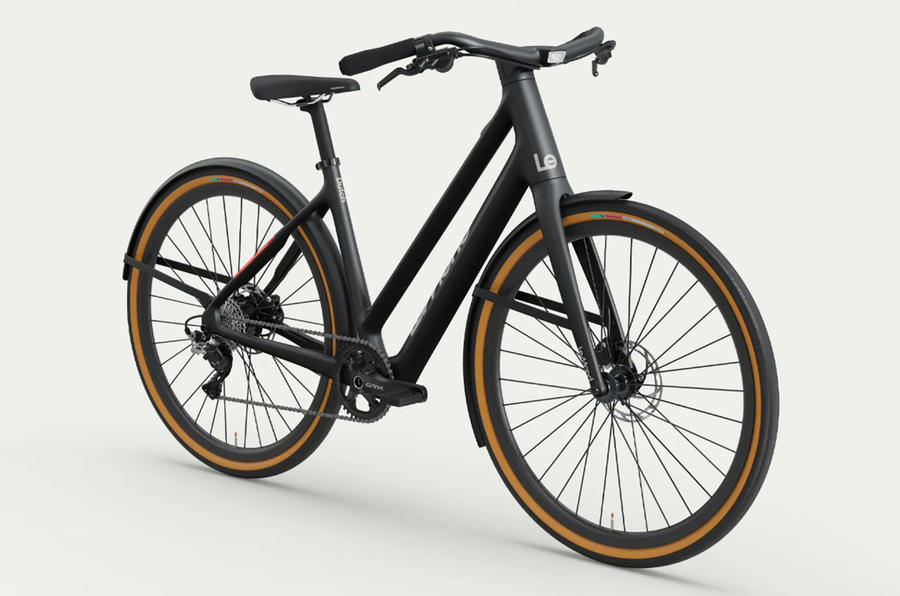 For commuters or those who use public transport as part of their journey, there are folding bikes. They quite literally do what it says and fold up when not in use. They are fantastic for those living in flats on the 17th floor or who don't have a lot of storage space. But the compact size may come at the expense of bigger wheels and better ride quality. 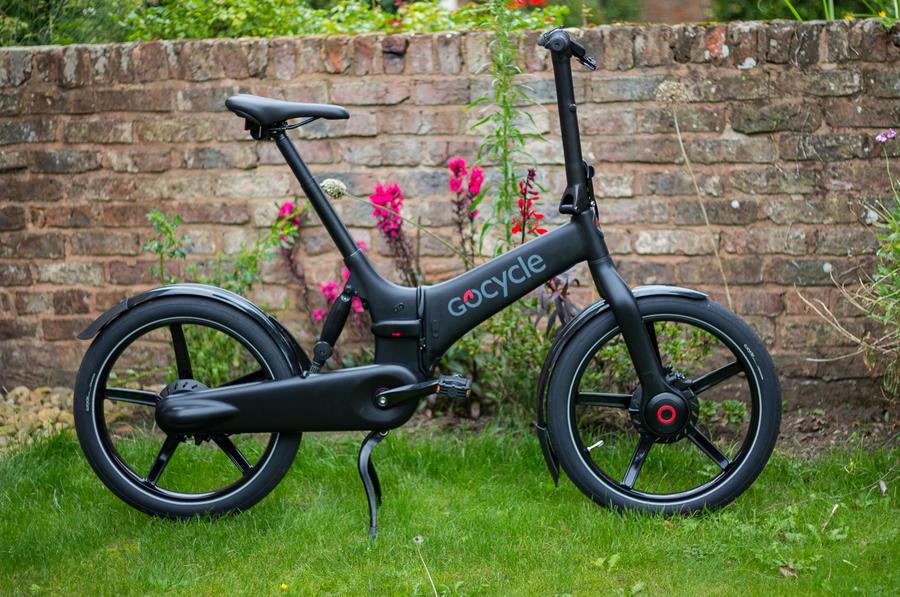 For the hardy commuter and leisure rider, a hybrid bike is ideal. It’s a mash-up between a road and mountain bike, as a flat-bar bike with wide tyres - perfect for taking the family on the towpaths. The geometry is less racy than a road bike's, and they're generally heavier than their skinny-tyre counterparts. They're great for being loaded up with bags and panniers, making them perfect for nipping to the shop on. 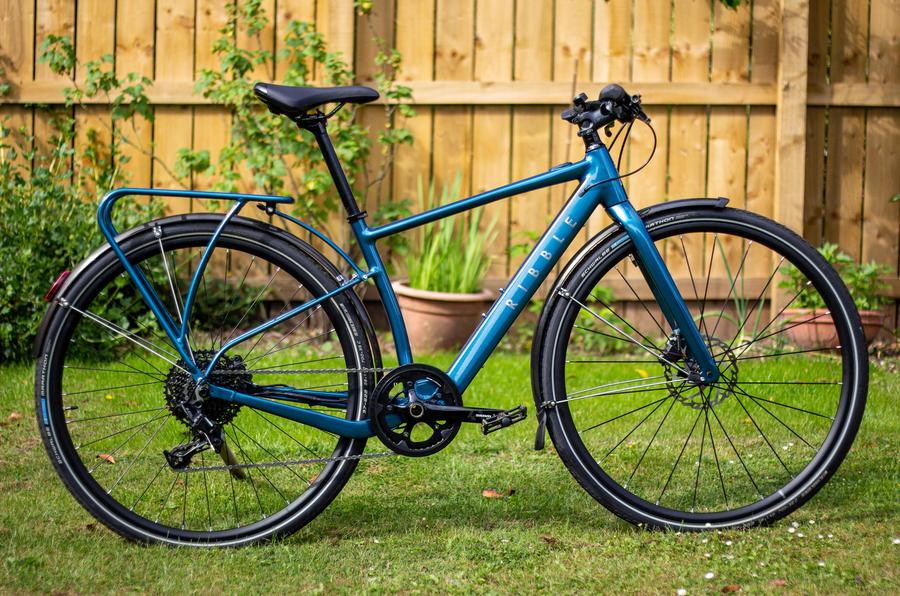 These e-bikes are ideal for trails and bike parks. They are available as both hardtails and with full suspension. A hardtail has only fork suspension and is ideal for smoother trails, although modern hardtails are now more capable than ever. A full-suspension eMTB has fork suspension and a rear shock. These are ideal for more technical trails and, within the mountain bike universe, there are further categories such as trail, cross-country, enduro, and downhill. They come with wide tyres and disc brakes. 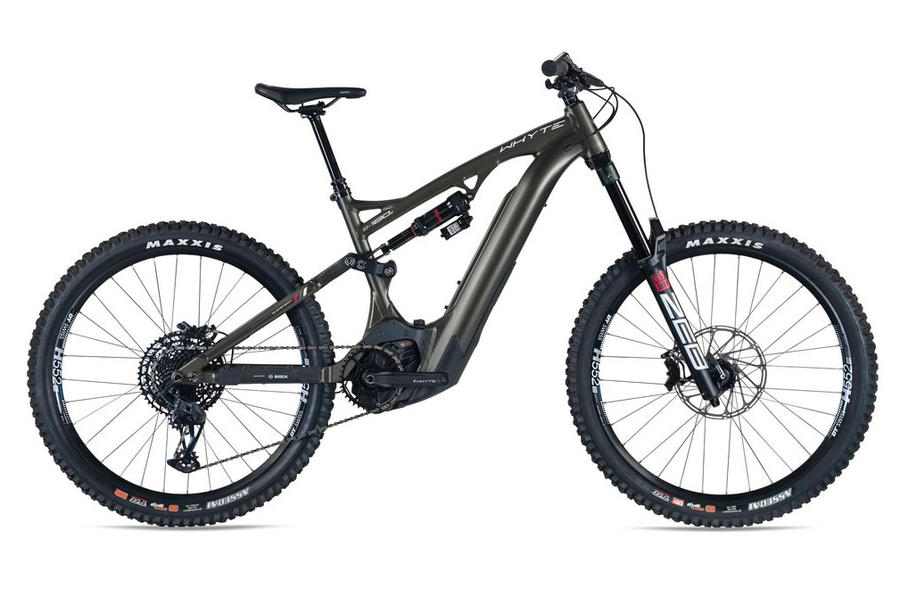 The skinny-tyre variant, these are often the slickest-looking e-bikes. Some of the more premium options don’t even look like e-bikes any more, with everything contained in the frame internals. They are great for, you guessed it, riding on the road – and come in a multitude of component levels and thus prices. 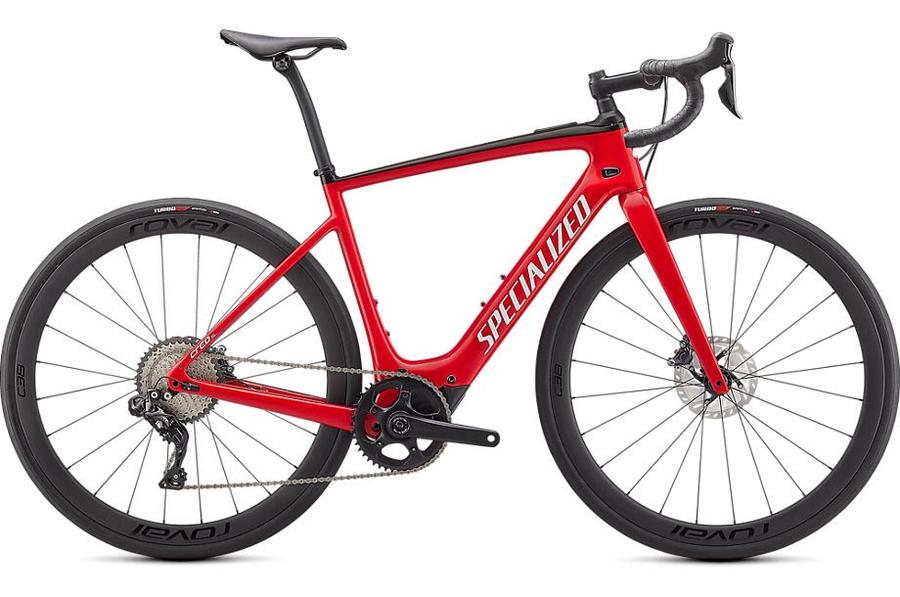 The term 'gravel bike' is rather contentious for some in the bike industry. Are they just road bikes with increased tyre clearance? Or old-school rigid mountain bikes with drop bars? In any case, they’re here to stay. They come with disc brakes and often a 1X drivetrain set-up (one chainring rather than two or three), and are perfect for bridleways and that rare gravel road we have in the UK. 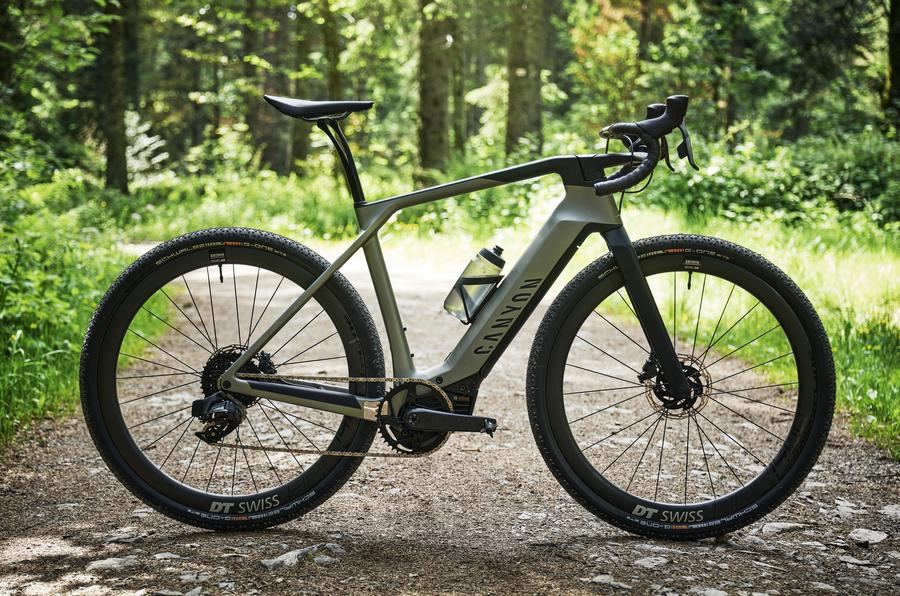 Perfect for shuttling the kids to school or those trips to Ikea you promised yourself wouldn't result in bringing home a new bedroom set. These bikes come in two forms: long-tail, where the cargo is behind the rider, and front-loaders, where the cargo is between the rider and the front wheel. Each has its benefits, depending on what you plan on carrying, but these bikes are gaining in popularity, with delivery services such as ecofleet using them instead of vans. 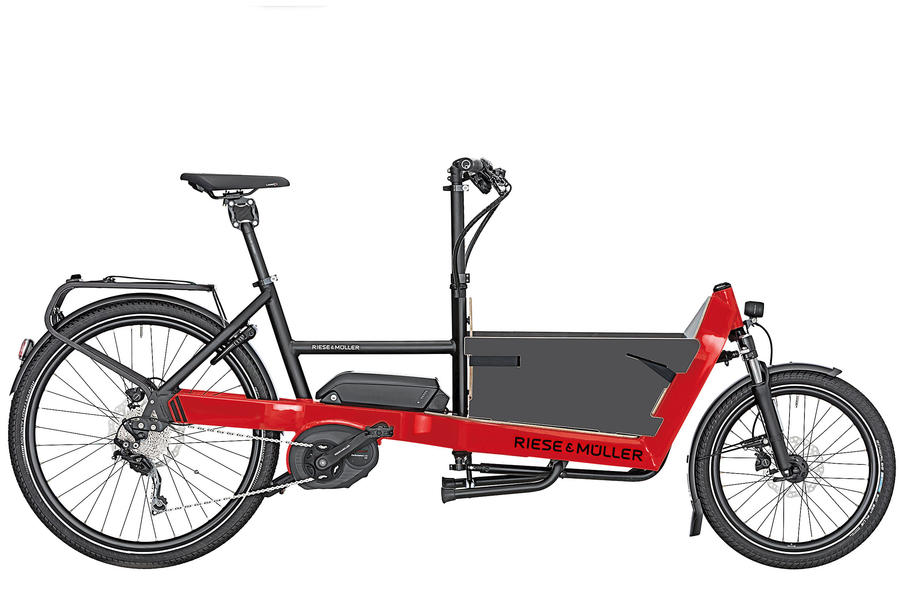